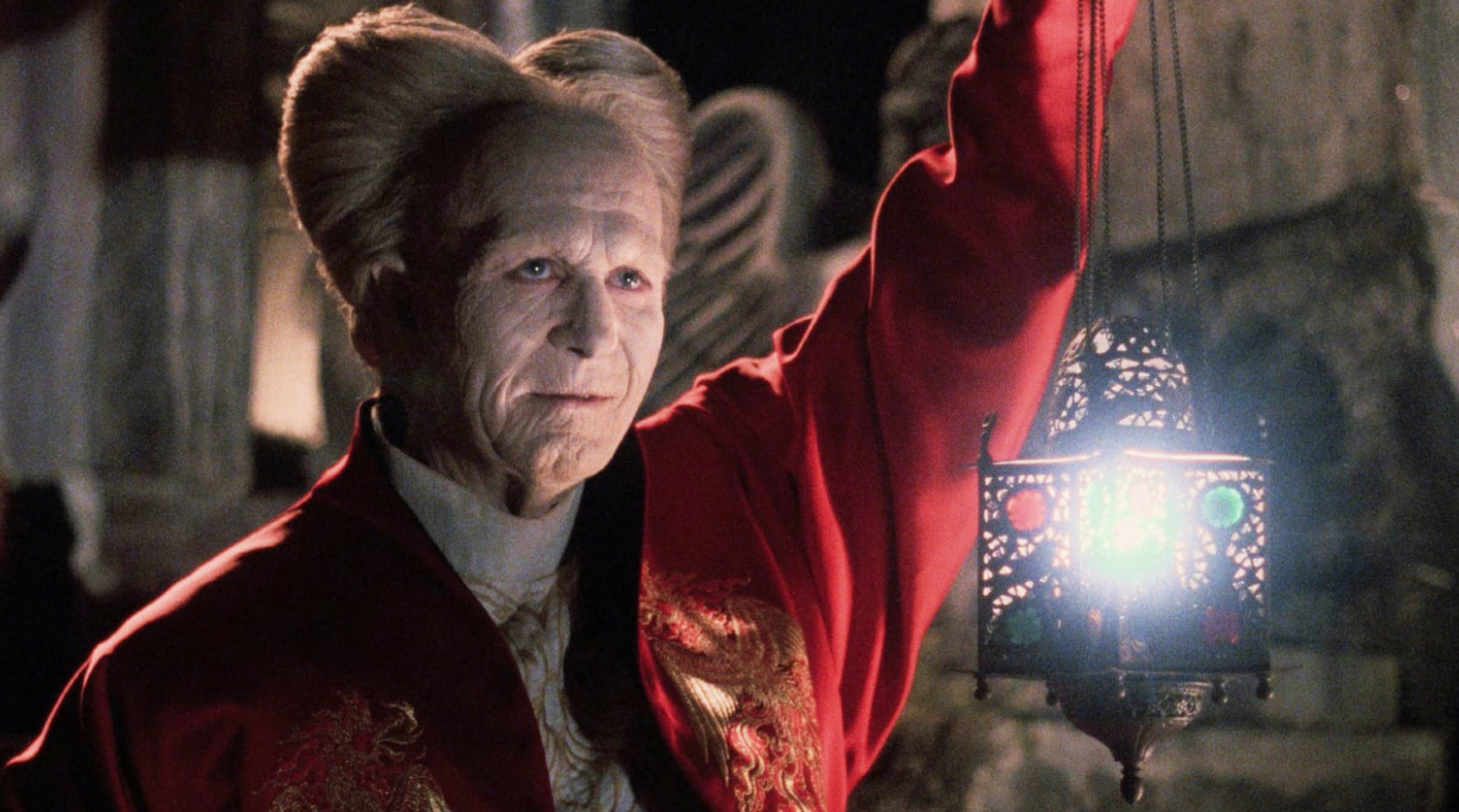 When the Francis Ford Coppola film Bram Stoker’s Dracula hit cinemas in 1992, it was the first and most faithful on-screen adaptation of Stoker’s source material, even down to its abrupt ending. At the time, audiences were confused by the production since it was unlike any other campy Dracula story they’d experienced before through the Hammer films or Nosferatu. They approached Stoker’s novel from a completely different narrative structure than what he’d written in 1897. Stoker’s Dracula tells of an enigmatic foreign count who drinks blood, can shapeshift, and has wicked designs to remake Western Europe in his image, beginning with London’s women. Told entirely through a collection of diary entries, letters, newspaper clippings, telegrams, ship logs, and other found documents, collected and organized in chronological order by the survivors to tell the world of the monster who almost changed Western civilization as everyone knew it. Epistolary novels like Dracula are the original found-footage horror long before video cameras and digital film could tell a story from a variety of first-person points of view, forcing the viewer to figure out what is real and what isn’t. Coppola blazed a new trail for Dracula stories by fully leaning into Stoker’s novel in the visual styling of this lush period horror that has aged marvelously in these 30 years.

By the time I saw Bram Stoker’s Dracula in 1993, I was around 14 and had already read the book several times; I was obsessed with Stoker’s format and how cleverly he constructed a narrative told from the viewpoints of so many people. It was a puzzle to be solved. Could I trust these narrators? Dr. Seward seemed to be partaking of the medicines reserved for his wards in the asylum. Lucy was boy obsessed and narcissistic and what was wrong with her was that she wasn’t already married or engaged by 20, an anomaly at that time. Mina and Jonathan both were desperate to climb the social ladder from their middle-class backgrounds, the kind of desperate yearning that easily can cloud one’s clear thinking. And Van Helsing seemed like a lunatic in his own right, with his strange experiments and pseudoscientific beliefs. Like any good found footage creation, Dracula begged the question: Is any of this real, even within the confines of the story? Or is it the shared hallucination of a group of random people that results in hysteria and murder?

Coppola’s film takes the novel at its word: that these events did happen and added some important details to Stoker’s story to make it more credible. First, Coppola added details from the actual history of Transylvanian Prince Vlad III, aka Vlad the Impaler, of the House Dracul, a fierce warrior who halted the spread of the Ottoman Empire in the region and pushed the Turkish forces back East. His reign of terror did include impaling people on spikes, including some of his own people (even women and children) to send a message to the Turks that he would do anything and sacrifice anyone to stop their advances. Coppola even used actual historic drawings of Prince Vlad in the movie: a fresh take on found “footage.”

Second, Coppola added a love story into the mix that served to humanize Dracula, complicating the narrative in a fascinating way that also hugely discomfited audiences who were not prepared to empathize even a little bit with this legendary monster. Coppola didn’t have to dig far to excavate a romance, though. In the book, Jonathan Harker notes how Dracula was immediately obsessed with Mina when he first sees her photo, and Coppola develops this moment into Mina being the doppelganger of Dracula’s one true love, who killed herself based on a lie that her prince had been murdered, shattering Dracula’s heart in the process, forcing him to renounce the church he had been fighting for and turning him into a bloodthirsty demonic figure cursed with immortality without the one he loved. Coppola’s version adds to Dracula’s motivations, transforming him from his predatory reputation into a darkly romantic figure who cries all the time and ultimately only wants to reconnect with his lost love. “I have crossed oceans of time to find you,” Coppola’s Dracula says to Mina, making Dracula’s seductive powers to an entirely new level. It also makes Dracula’s damnation occasionally painful to watch, as this sensitive soul cannot help his violent urges and bloodlust, and must do monstrous deeds in the process because of his pathology, not his personality or his dark soul.

After watching Bram Stoker’s Dracula, reading the book again was an entirely new experience. In Stoker’s Dracula, the only perspective missing in the book is Dracula’s himself, and the movie adds this in a way that fills in gaps in Stoker’s story as we experience several moments directly from Dracula’s point of view. Coppola also recreated the documents in the novel on screen, and these visuals with distinct handwriting and mediums coupled with individual voiceovers humanized the writings so much more. Outfits weren’t often described in the book, and Coppola’s team meticulously researched the fashion of that time to design each outfit to represent the character. From Mina’s simple, modest dresses compared to Lucy’s elaborate, revealings ones, and even the different variety of suits the men wore that represented their economic background.

The intensity of the novel went from being these first-person accounts I was merely reading to something I was experiencing in a kind of real-time for myself as the events unfolded on the page after seeing them on the screen. I could picture the handwriting from the film, and especially Dracula’s elaborate old-fashioned penmanship, much more easily. Imagery like Dracula’s shadow moving on its own and his transformations into rats, a wolf creature, and even fog took on new weight. The disorientation of seeing that gravity does not apply to the Count or his minions. Watching Renfield collect and eat bugs as well as the barbaric and unsanitary blood transfusion machine took on new meaning throughout the book after seeing the movie. The dangerously seductive powers of Dracula’s three so-called brides in the movie in technicolor only add to the terror of Jonathan Harker’s traumatized journal recounting in the book. And watching vampires eat children on screen is an entirely different horror than words on a page.

Indeed, in some ways, Bram Stoker’s Dracula is equally Francis Ford Coppola’s Dracula. But it never travels so far from Stoker’s novel to rewrite or overtake it; everything it adds only enhances the book in meaningful but also disturbing ways. By honoring the “found footage” framework of Stoker’s epistolary horror story Coppola created to this day arguably the most authentic adaptation of the classic novel, and that’s likely why the also film remains a true conceptual masterwork of horror cinema three decades later.