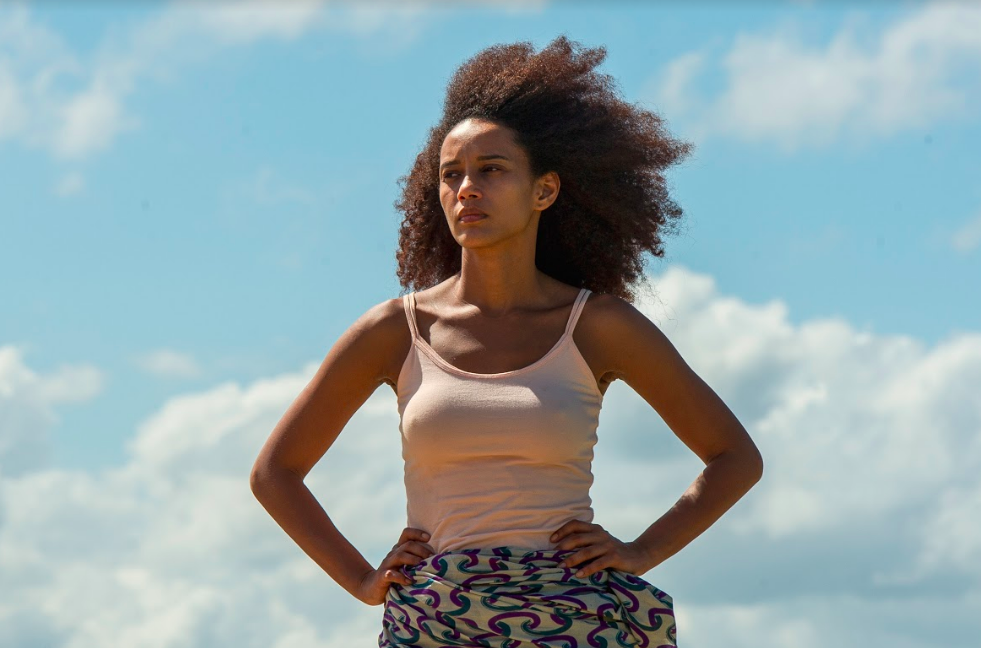 This year’s 2021 SXSW film festival is available online, which gives access to more viewers both domestically and internationally to view its slate of films.

One particular film is the dystopian political drama Executive Order. As a part of the festival’s Spotlight features, Executive Order is a Brazilian story about an authoritarian government that orders all citizens of African descent to move to Africa — creating chaos, protests, and an underground resistance movement that inspires the nation.

The film stars English-Brazilian actor Alfred Enoch (Foundation, How to Get Away with Murder) as Antonio and Taís Araújo, one of Brazil’s leading actors, as Capitu. After harassment and being terrorized by their own government, Capitu finds her situation is further complicated after she becomes pregnant, giving Antonio and Capitu a reason to fight for their livelihood.

BGN had the opportunity to speak to Araújo on Google Hangouts to chat about her role in the film and the fact that many of the issues raised in the film correlate to what is happening today and right here in the United States.

For our readers who may not be familiar with this story. Give us an elevator pitch of what Executive Order is about.

It’s about a dystopian future. When we shot it, it was about stopping the future, but I don’t think this future is too far from what is happening right now.  It’s about Brazil, and a lawyer [Alfred Enoch] that is asking for the rights [reparations] for the Black people that came to Brazil as slaves. This lawyer is going to the court to demand, “You need to give our rights back to us.” The government doesn’t have the money, so instead they force the Black people to go back to Africa.

This film played at Pan African Film Festival and is being featured at SXSW in front of a mostly American audience. Does Brazil suffer the same racial inequities that we deal with here in the United States?

More than the United States. I believe you [U.S.] are about 40 years ahead of us on civil rights. And there is a higher Black population in Brazil than in the United States. Here we have 54% of the population. We look to the United States as a guide. Because [seeing] that Black population there, [we think] that we can achieve many things. So we look to you like a guide and wonder, “How can we get to be like them?” We are really two different countries. We have different histories. But when I look at the U.S. — despite all the horrible things that have happened — you are still better than us. We are like you were 40 years ago.

There’s an interesting moment where we see your character escape to a safe space referred to as an “Afrobunker,” which becomes a refuge for these characters, metaphorically speaking. Where are the Afrobunkers today? Do they exist?

I don’t know for sure, but in your history you had the same places. During the slavery time, we called it “quilombo.” I don’t know what you call it in the U.S., but there were some places that Black people got together and created communities.  We still have these kinds of places here. The Afrobunkers are our dreams.

I like how the director snuck in the moment where we see one of the refugees in the Afrobunker hand over a book. It’s Ta-Nehisi Coates’s Between the World and Me.

I love that. Yeah, yeah, yeah.

I think that scene will resonate with a lot of Americans when they see the film. Speaking of which, were there any scenes while filming this movie that resonated with you the most?

Many things. There is one thing that I really love. This scene that I played with the lady, and she spoke on the importance of having a kid. A kid can bring fear, but brings purpose. You have strength to go on enduring something like this. And for me, I have two kids. I have one almost 10-year-old boy and a 6-year-old girl. And I have a lot of fear about the world and a lot of fears about Brazil. However, with this fear also gives me the purpose and the strength to go on and to try to change the world. That’s why I’m an actress, that’s why I’m an artist. That’s why I’d like to make it a better world for them and their generation.

Can we expect to see you in any more films and perhaps do some crossover to American projects like your co-star Alfred Enoch has?

I’d love to.  But I work a lot in Brazil. I did a screen test for The Fast and the Furious. I’ll tell you a funny story. I was with Vin Diesel and I said, “It’s really good to be here, to know you, and to do the test with you.” It was one of the last screen tests to get in the movie. But I was also dying to get pregnant. My husband was waiting for me in New York at the time. Of course, I didn’t pass the test, and I didn’t do the film. But if I have an invitation to go there and to do something good, why not?

Lázaro Ramos, director of Executive Order, will be doing a public LiveChat on the film’s SXSW film page on Thursday, March 18th at 5pm CDT. For more information click here.