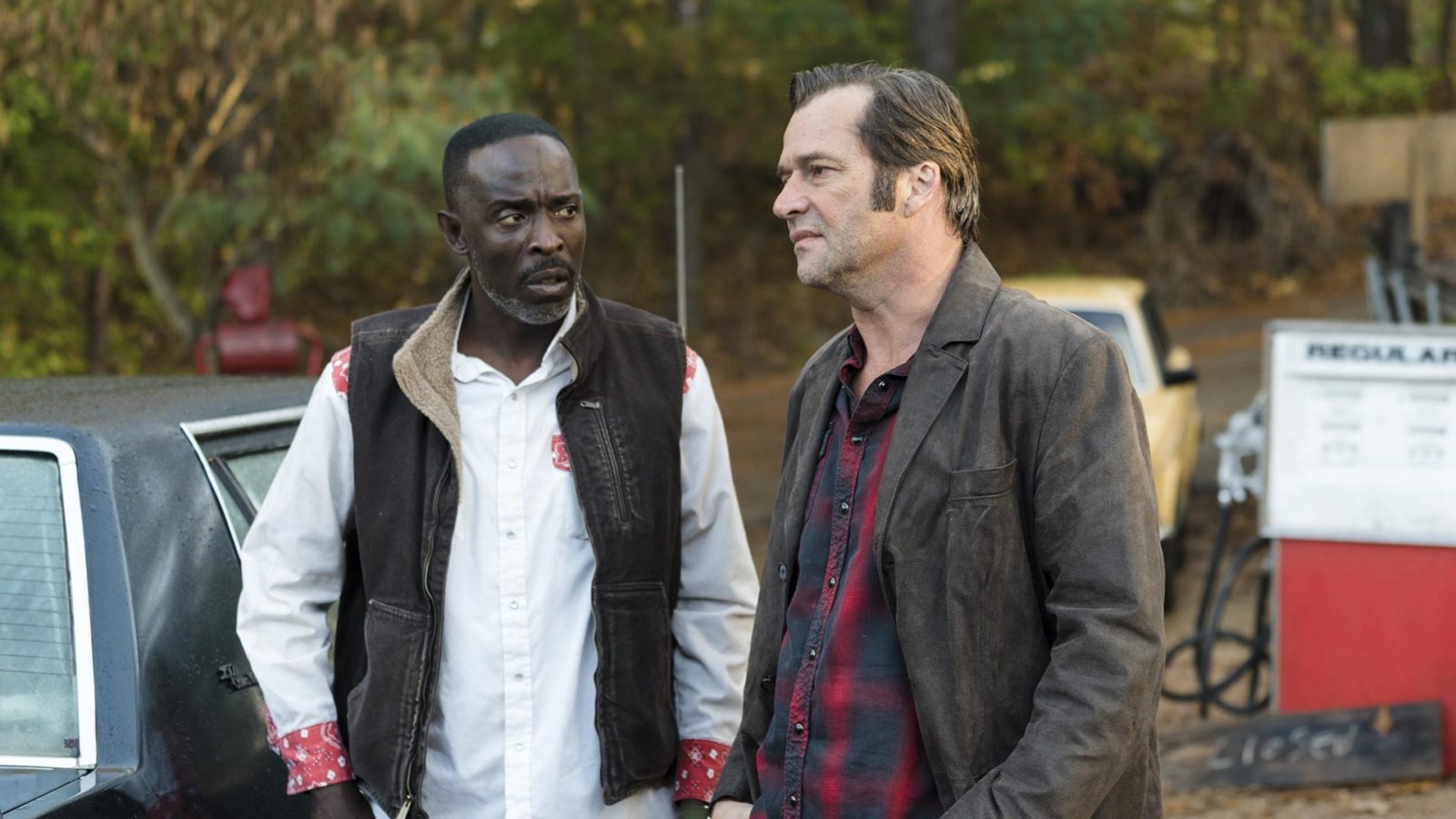 “Mambo #5” is the episode that shows us how our heroes Hap and Leonard got to be so broken in body and mind. The season began with the guys coming home in a car driven by Charlie Blank (played by Douglas Griffin) and later sleeping with firearms close by. That was hard enough to see. The actual scenes where the injuries were applied was even harder to see. This important episode also aired on the 50th anniversary of the death of one of our most revered and courageous heroes, Dr. Martin Luther King Jr. This positioning makes the scenes more emotional, as they channel years of white oppression that has recently resurfaced under the current American leadership.

Everything went down after the guys peeled themselves away from the reorder they found in Florida’s abandoned car. They got mute Belinda to help lead them out of the woods and got some gas from the old black couple who laughed about their plans to go to Grovetown in the first place. They end up back at the diner to call Lt. Hanson for back up. Instead, they got Peg, who needs to have her wig knocked off for gabbing instead of getting Charlie (because Lt. Hanson was in a car on the side of the road, remember) on the road to Grovetown. Hap drops the phone with Peg still rambling and joins Leonard for the fight of his life. 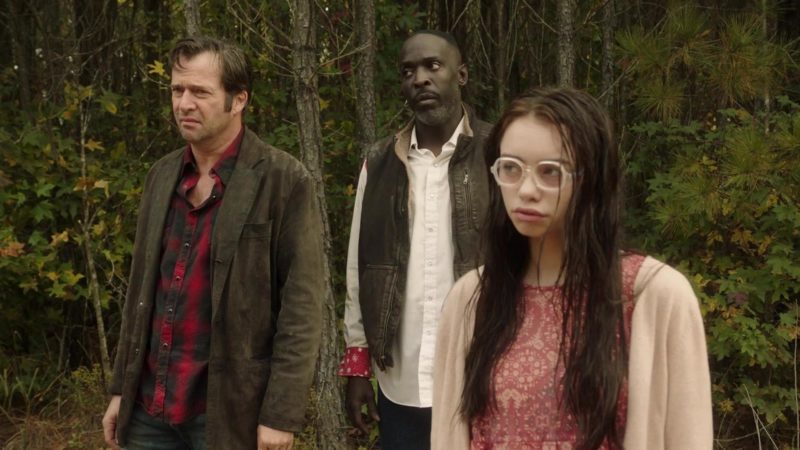 The duo beat the brakes off the Truman Brown and his lackeys, but of course, they fall after every man in Grovetown shows up with a bat and a grudge on their racist hearts. Then, lying in the alley, Brown’s men held down both hap and Leonard, but have plans for Leonard that go far beyond the beating he just took. They exposed him and threatened to castrate him. The threat only stayed that way because Lt. Hanson showed up with Macon the cook and Officer Sneed bringing up the rear. They chase away Truman and his Klansmen and carry the broken heroes back to Macon’s. 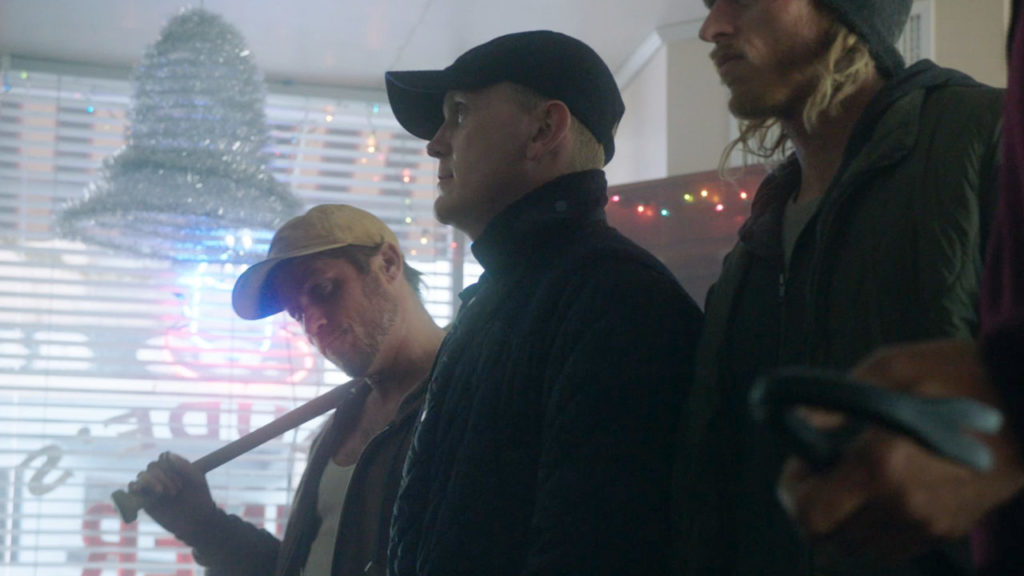 Broken bodies seem to be the theme of white supremacy. These are the people who used lynching, castration, dismemberment, and other brutal forms of “punishment” for black people who dared to buck the inhumane treatment. In fact, the moment the Klan Leader Brown wanted to be ordered Leonard castrated echoes back to slavery and Jim Crow era treatment. Such punishment originates in the slavery era notion that the enslaved black people did not experience pain or suffering like white people did. Like the animals those early men worked to death, black people were said to be workhorses that actually needed the brutal treatment because they could not learn any other way.

So, punishing black bodies with brutal beatings and cutting off genitals was considered reasonable treatment. This dehumanization is the very thing another great hero Dr. King Jr. fought to abolish. It was also the same mentality that the 1968 sanitation workers fought when they went on strike wearing signs emblazoned with the words “I AM A MAN.” On April 4, 1968, Dr. King Jr. came to help those strikers, delivering his famous and last sermon, before marching through the city of Memphis with the striking workers. Twelve hours later, his body was broken by an assassin’s bullet. The legacy of broken bodies, of broken heroes, reverberated through history to connect with pop culture in this Hap and Leonard episode.

Back at Macon’s, we see how broken Leonard’s mind is as his uniformed conscious comes back to dog the man about his past and present. The house is attacked by Brown’s young flunkeys in a rain of automatic bullets that only stop when Chief Cantuck shows up. He manages to get everyone safely out of town, but Officer Nazi Barbie gets that last shot.

This episode of Hap and Leonard was not only poignant in content, but also in its relevance to the historic events on the day it aired and also its connection to American history. The broken black bodies especially is a theme that reverberates through history as a means by which white supremacists dehumanized black men and women. By threatening Leonard with this fate, the show makes a statement that no matter how modern the Klan/racists/alt-right/white supremacists may be, they are still standing on the same old bullshit that slave masters concocted so they could sleep at night.