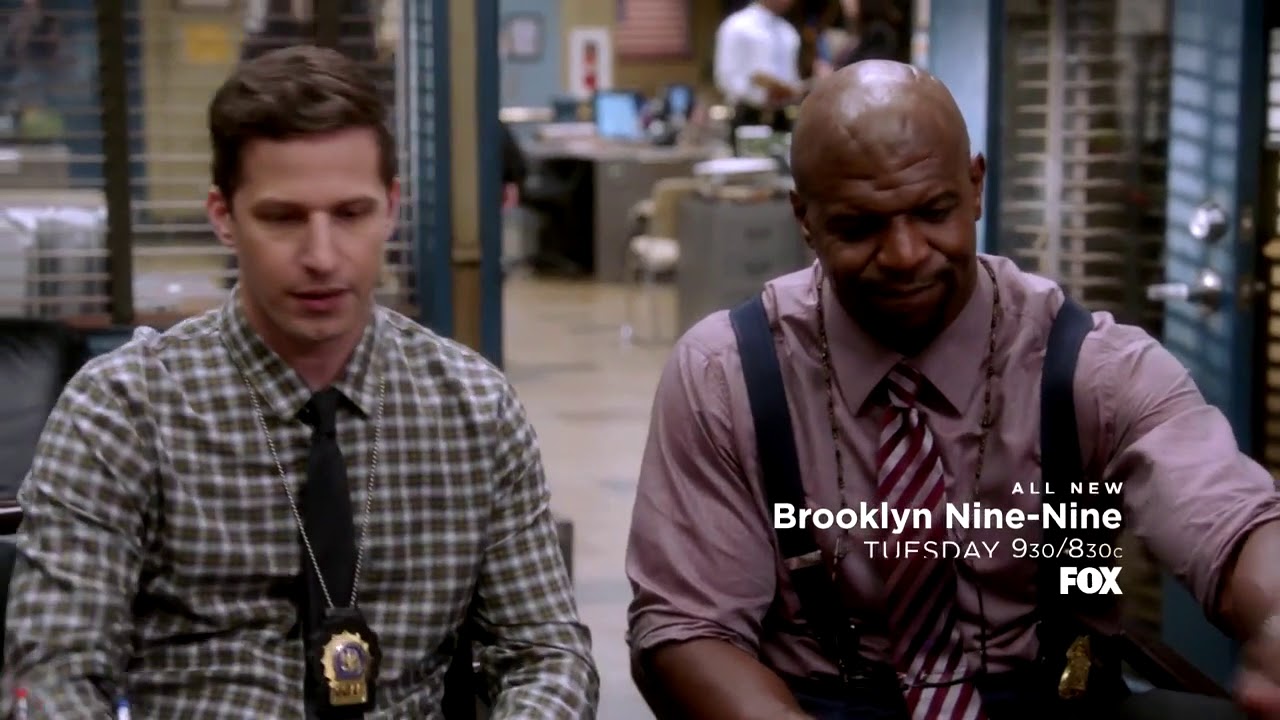 This week’s episode of Brooklyn Nine-Nine takes a deep look at destructive vices and how they come back to haunt you.

Terry and Jake want to go undercover in a poker game to catch a big-league gangster, but they need to get the Captain’s clearance, easy right?

Terry and Jake are terrible at poker, especially compared to Captain Holt who reveals that he used to have a “bit” of a gambling problem. Jake and Terry completely ignore Raymond’s glaring addiction because they are impressed by his skill.

He tries to teach them, but it becomes obvious that they are hopeless. Captain Holt decides to be “the man in the chair” for Jake by telling him what to do at the poker game he has to win in order to gain entrance to the bigger one with the gang boss (I feel like I just described a video game). The Captain gets Jake through the first round effortlessly, and Jake and Terry are impressed that Holt hasn’t fallen off the wagon.

Except he has; because once an addict always an addict. The next day Captain Holt is gambling online using three different sources. Terry and Jake quickly realize their mistake (while I roll my eyes with impatience) and try to reign Holt in. They threaten to tell Kevin about his downward spiral and that seems to snap him out it. He apologizes and agrees to never do it again.

But like anyone with half a brain knows, Holt is 100 percent lying, and when Jake goes to the higher stakes poker game, who does he find there but Holt. Terry and Jake corner him in the bathroom and try to get him to see reason, but Holt brushes them off.

Unfortunately, they didn’t check the bathroom stalls to make sure they were empty before declaring their status as cops, so Holt gets captured by the gangster’s goons. Jake and Terry realize that Holt is missing, after calling him, Jake uses Holt’s tell (grammar contractions) to save him.

This week’s episode of Brooklyn 99 was a little hectic for me. The show had three plot lines going at once, and while I was entertained, the two b-plots were unnecessary. Rosa going against Hitchcock and Scully in a sit off was hilarious and I love that she learns to appreciate them, however, the plot lacks substance. It would have been interesting if they tied her decision to spend time with them to her recent breakup.

Amy’s subplot with Charles was compelling and I briefly contemplated to recap it, but it felt out of nowhere. Maybe I missed something, but I don’t recall Charles ever talking about getting a food truck. I love the idea of Amy and Charles having screen time together and think the subplot would’ve been better utilized with them doing wedding things especially considering that the cold open was about Jake asking Charles to be his best man.

Captain Holt’s storyline was the strongest part of the episode. As a self-proclaimed character development lover, it was great to see these demons from both Raymond and Terry’s past. It was also fascinating to know that Captain Holt’s first gambling episode took place while he was in a relationship with Kevin.

The fact that Terry’s left chest is named Eugene is amazing, and I need to know what the right one’s name is.