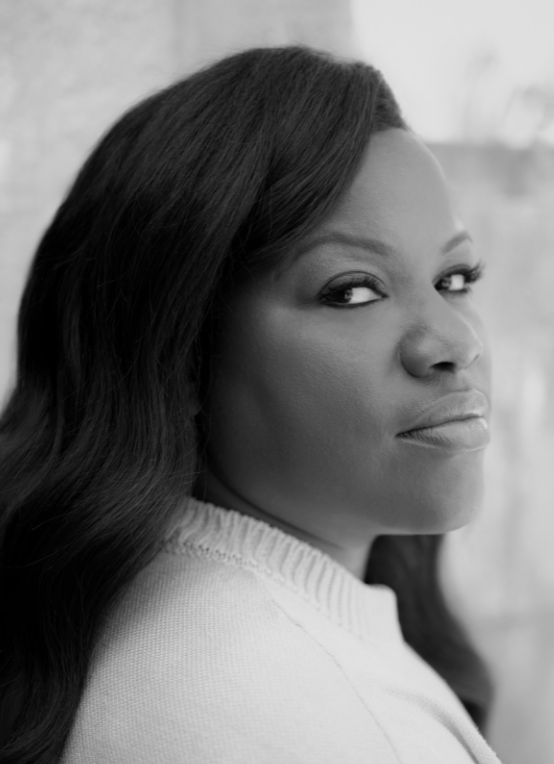 When film editor Joi McMillon was a girl, she wanted to be a journalist. A career-day field trip to Universal Studios changed her storytelling destiny. BGN sat down on Zoom to speak with McMillion about editing Amazon Prime’s The Underground Railroad. Based on Colton Whitehead’s Pulitzer Prize-winning book, the limited series was directed by Barry Jenkins and the same team that brought us the Oscar Award-winning films Moonlight and If Beale Street Could Talk. The Underground Railroad is brutally relevant historical fiction set in the late 1800s in the American South.

McMillon discovered film editing as a member of Junior Achievement when she was in high school. “We were supposed to go on a career day trip to the Orlando Sentinel, but the second choice was the film industry, so I chose to go to Universal Studios and got to see behind the scenes. I’ll always remember they took us to what I know now to be a post-production facility. An editor was working on an Animal Planet show. I immediately was fascinated, wanted to know what he was doing, and had a thousand questions, but of course, the tour guide wanted us to move on.”

After that experience, Joi McMillon immediately started looking into film schools. Her level-headed mother guided her toward a more affordable state college rather than the fancy art school Joi wanted to attend. She went to film school at Florida State University, where she met Barry Jenkins and two of the limited series producers Mark Ceryak and Adele Romanski. McMillon noted, “We all met at film school. One of the things I like to emphasize is access and opportunity. If I wasn’t selected to be in Junior Achievement and be at a career day, then stumble upon editing… all of these things had to happen for me to realize that I wanted to be an editor. I always love to reach back and tell young kids coming up who want to be in front of the camera what goes on behind the scenes in filmmaking. You can build a career behind the camera that’s just as cool.”

The Underground Railroad is the third project that Joi McMillon has done with Barry Jenkins and the Florida State crew. Being a part of a strong community of creatives with history was vital in bringing this challenging story to life. We talked about the importance of the relationship among the production crew in telling this story. “Working with Barry, he’s always open to ideas. A lot of his inspirations happen in the moment. For example, people love the portraits that take place throughout The Underground Railroad. That was something that Barry was inspired to do while he was on set.

Another example is in Moonlight, that section where André Holland [Kevin] is up against the wall is another example. Barry saw André standing in that light and just told [cinematographer] James [Laxton], ‘You have to shoot André and give him a cigarette.’ They shot this footage and I remember receiving it and being like, what am I supposed to do with this? He was like, ‘This is gonna be Black’s dream!’ And I was like, okay, it’s now my dream, too. André Holland, Hello!” She laughed. “When Barry is inspired, he also influences us to be inspired by the footage and create. We are always in constant communication with each other. We’ve developed a vocabulary through the years, and there’s this trust we have with one another. Barry trusts that I will dig deep and find the best take, the best shot, the best performance. But I think the reason why everything that we do feels so cohesive is we are always not only talking to each other but listening to each other. That’s what makes our process yield the best product possible.”

Instead of approaching working on the limited series as 10 episodes, the team treated it as a whole story with each episode having its emphasis on the characters’ developing stories. “Being able to watch these episodes, you focus on the tone that exists inside each episode, and then you can see how each episode is impacted by the episodes that it surrounds. That’s one of the things that we took advantage of with this format. Realizing that Cora [Thuso Mbedu] is our focal point and we can’t lose sight of her was another thing that we maintained throughout the series. She does take a backseat and sometimes different characters come to the forefront, but you’re never not aware of where Cora is or what she’s thinking.”

We asked McMillon what she was most proud of in this limited series. She paused for a moment, then shared, “The moment that Cora is finally allowed to have with Royal [William Jackson Harper] in ‘Indiana Winter’ [Episode 9]. That moment of just love and connection is something that she earned. Cora really goes through the wringer in this story. Colson Whitehead put Cora on a journey! I love that we take the time to give her space to have not only Royal but also the people in Ballantine to have the ability of connection through the shucking [of corn] and later that night with ‘Claire de Lune.’ Those are moments that are cinematically breathtaking and helped us balance out the horror and the trauma that are definitely there. We had to let that sparkle of hope exist in the series so we know there’s a possibility for Cora to come out of this on the other side and maintain the existence of some semblance of freedom in the rest of her days. Cora really represents this hope, this resilience, this determination to be free and live in a world that is actually welcoming to her. That’s what the Valentine farm represented, the possibility of what could be.”

Even though there are moments of beauty throughout The Underground Railroad, the main character Cora endures a brutal journey, and the audience bears witness to horrors inflicted on Black bodies in almost every episode. We asked McMillon how she was able to nourish herself and stay connected to joy while editing the horrible portrayals of beatings, lynchings, and mass murders of Black people on screen. “Your question not only speaks to me but also the Black community as a whole,” she said. “We’ve always been able to find the positivity ‘in spite of.’ Faith, family, and knowing that you are loved is how you make it through, not only the horrific events depicted in the series but also horrific events that are actually happening in America right now. To find the inner peace and ability to keep on going even when you see how others are being mistreated is one of the many ways Black communities have always rallied around and supported one another. One of the things that sustained me throughout this process was knowing that we’ve created art that will last. Art that future generations will be proud of.”

The Underground Railroad is now streaming on Amazon Prime.