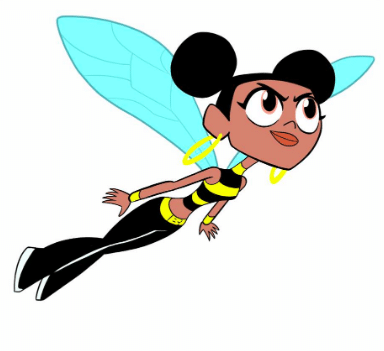 Over the Summer, the superheroine Bumblebee was added as the 6th member of Teen Titans Go! Bringing an extra dose of Black Girl Magic to the tower.

One of the greatest things about being a mom is finding shows that both you and your children find entertaining. As a Saturday morning ritual, me and my 6-year-old daughter bond over watching Cartoon Network, where shows like Craig of the Creek, Victor and Valentino, Power Puff Girls, and Teen Titans Go! Keep us laughing for hours. My daughter has never really been into Disney Princesses, which is partially my fault. It never felt right to me for her to want to dress up as Anna, Elsa, or any of the other long-haired princesses. I prefer not to give her issues related to her appearance at such a young age, and while Disney has come a long in terms of representation, they still aren’t quite to a place where I feel comfortable promoting their princesses to my afro-puff wearing little girl all willy-nilly.

So, we watch the Cartoon Network, where superheroes and heroines, aliens, cyborgs, and even characters of color are frequently on display for our viewing pleasure. I love that my child is into female characters who aren’t waiting to be saved by some prince and who also are cool with being a little geeky, however, the Cartoon Network isn’t necessarily the perfect solution to the mainstream media’s representation of Black characters either. Although male characters of color like Craig, Cyborg, and Victor and Valentino have been frequently aired, there haven’t been a lot of female Black characters that my daughter could watch and relate to.

At one point, the Power Puff girls tried and failed to roll out a character named Blisstina, which was problematic for a myriad of reasons, but outside of that, there’s been pretty much nothing else. Not to mention, she’s only appeared briefly in less than a handful of episodes since her debut. Needless to say, this summer, when the teen Titans decided to bring Bumblebee in as the new 6th titan, I was concerned they were going to go the same route as the PowerPuff Girls. I didn’t expect to see Bumblebee outside of one episode, but to my surprise, after introducing Bumblebee, the writers over at Cartoon network actually let her stick around. She’s been in every episode this summer, incorporated into the opening theme, and received as much airtime as the rest of the titans. It’s been awesome watching her character flourish together with the rest of the titan crew. 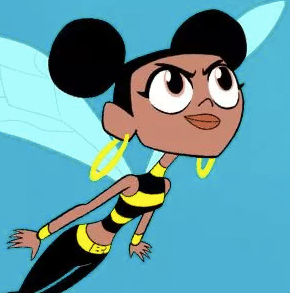 The writers have been able to work Bumblebee into the cartoon cast seamlessly and without sacrificing any humor along the way. Perhaps the greatest example of this is in “Monster Roommate”, the episode in which Bumblebee finally moves into the Tower. In the episode, she is pushed to her limit by the careless behavior of rest of the Titans, who make god awful roommates — making Bumblebee sleep by a nuclear reactor, taking her for granted, and even eating all of her pizza (typical white roommate behavior). In the end, the gang recognize that Bumblebee isn’t the problem, they are, and I couldn’t help but think the world would be much better off if more white folks could follow the titans lead.

Elizabeth Aguirre is on a one-woman mission to empower small businesses and solo-preneurs with digital marketing know-how. She is a frequent reader of horoscopes, avid traveler, and “fun-mommy” to Esther and August. When she isn’t blogging at freshnewera.com you can find her on Instagram @freshnewera.

‘Color Me Powerful’, a perfect gift for a young woman in your life