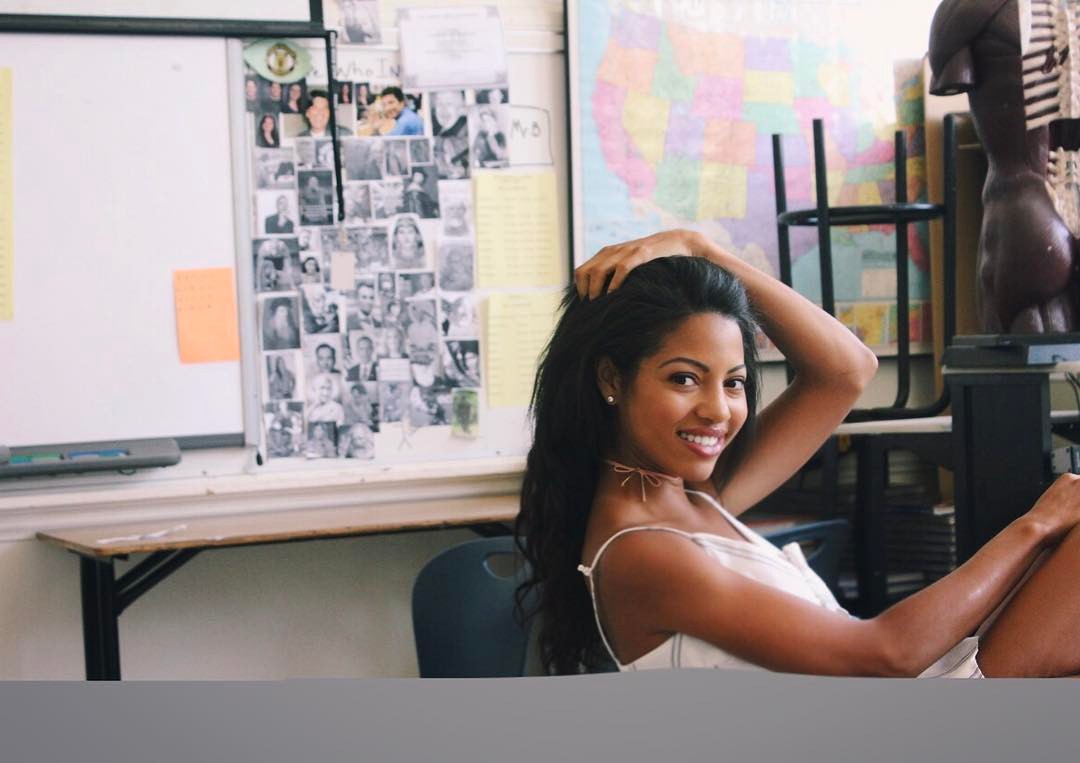 Camille Hyde is an equestrian who hails from Washington D.C., but currently resides in Los Angeles. However, if you follow her IG page, you’ve probably recognized her from lead roles such as Shelby Watkins / Pink Dino Charge Ranger in Nickelodeon’s Power Rangers Dino Charge an Roxy in Nickelodeon’s The Thundermans.

Ms. Hyde currently starred in Netflix’s American Vandal, which premiered September 15 and can also be seen in Mr. Student Body President, which will stream on the go90 app. But this girl’s showing no signs of stopping. Her latest venture will be appearing in MTV’s Heathers, an anthology dark comedy series adapted from the 1980s film of the same name.

BGN: When it comes to acting, you’ve gone from Nickelodeon to Netflix. Did you experience any backlash from fans since you started doing more adult roles?

CH: Not at all. I actually play the same age, but the content of my new shows is definitely more mature. I’m really grateful to have such amazing fans who have been extremely supportive as my career has evolved.

BGN: Did you watch the first Heathers to prepare for your role on the new MTV adaptation?

CH: I watched Heathers years ago and was obsessed, so I was excited to work on it! They changed the storyline to fit present day but kept the core structure of the show. It’s going to be fun and reflective of our generation.

BGN: What do you do to maintain your ideal shape?

CH: I just try to do things I love like riding horses, taking sunset walks, and hikes. I believe in listening to your body, so I always eat intuitively based off of how I feel (I sneak on some treats), and I follow a mainly a plant-based diet so I try to keep whole, natural foods in my fridge and avoid processed foods.

Mama loves you so much ❤️

BGN: What is your go-to hair care product that you use on and off set?

CH: Coconut oil and argan oil! I think those two products are the reason my hair is still on my head after years of heat styling and stress damage. A little secret I have is soaking my hair in coconut oil for a few hours before a wash. It’s the best deep conditioner! It also makes your hair super shiny and silky for days.

BGN: What made you become an equestrian?

CH: I started when I was 4, after years of going to the barn to feed and play with the horses. Once I was old enough to ride, my parents signed me up and I haven’t stopped since! It’s the only time where I feel like I’m only thinking about one thing. All I think about when I ride is riding, and riding alone. It’s a really liberating feeling and it keeps me grounded. Everyone needs an outlet that lets them be free from all other thoughts and responsibilities. It’s necessary for a balanced life.

BGN: Where do you see yourself in 5 years on and off the Hollywood screen?

CH: I see my career moving towards the film side of the industry. I have always loved well-written dramas and I’d love to play a really complicated, dramatic role that leads me into the drama/rom-com genre.

Off of the screen, I really want to develop my music career as well as take my off-time to travel the world and volunteer with wildlife charities to help mitigate climate change and loss of biodiversity. By then, I also want to have the right property to start my wolf-pack of adopted dogs! Yes, that is a lifelong dream of mine 🙂

Catch Camille Hyde on American Vandal playing now on Netflix, as well as Heathers which is set to air in 2018. In the meantime, you can find the actress and equestrian on Instagram.