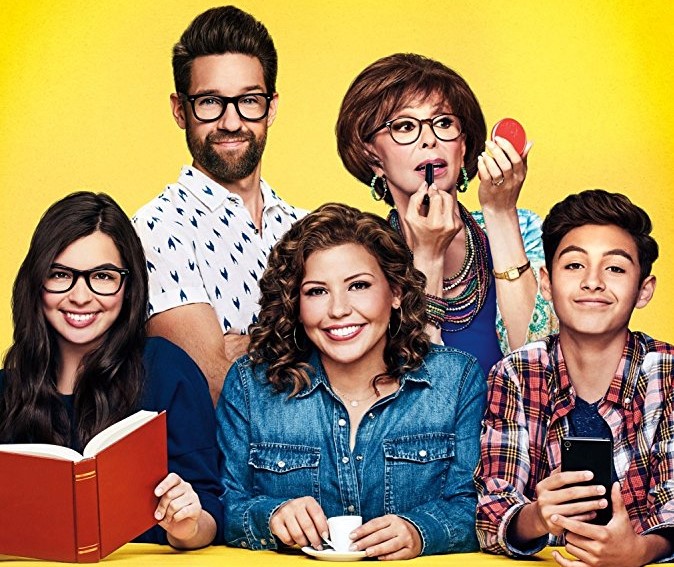 “This Is It! Gloria Estefan Is (Finally!) Coming To Netflix’s One Day At A Time”

I read this Netflix newsletter title and immediately thought about the words alone. I thought about all the prominent luminaries like Gloria Estefan whose ethnicities were misidentified at the beginning of their careers. Then my eyes moved from the exciting headline to the line, “…the Grammy Award-winning performer will guest-star in an episode…” Alone, those words simply imply that a famous performer will be a part of a remake of a show with a large Latino group of viewers. Would people who did not know Estefan think she was just someone who understands the plight of being a Hispanic in Trump’s America? Without the identification of her Latin heritage, what effect does this announcement even have on a mainstream audience? These ideas shed light onto the overlooked concept about Latinos in the media, which by all means, could stand to be re-examined. How are new shows like One Day at a Time surviving as a series with a lot of the Hispanic actors and actresses if the school of thought on them and Hollywood is constantly changing?

This continues to be a prevailing problem for many Latinos today because they are disproportionately underrepresented in Hollywood with few exceptions. It is almost as if one would have to claim to be another race in order to be noticed and taken seriously as an entertainer in the industry. When I looked at all the famous actors and actresses of the past I could not help but notice a pattern emerging. This oversight could be out of simple ignorance. Or, maybe there was a pattern and I just chose to ignore it. Either way, the evidence was clear and it began to take its toll on me. Had all the cornerstone actors I had admired in the past been seen as other races and not as Latino? 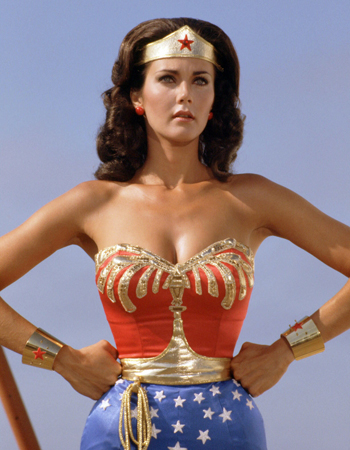 I started with Lynda Carter, who is half Mexican and the original Wonder Woman, who was portrayed as White in the 1970’s tv series Wonder Woman. This triggered a thought, which triggered the next. Do these whitewashed Latin-Americans now create or act in many of my favorite shows that I have discussions over and often binge watch? I search my shelves and tv library for evidence that this is the case. I saw people like James Roday, Aubrey Plaza, Meagan Good, Oscar Issac, and even Kimberly Guilfoyle–the people I had spent so much time admiring–were identified as other races. Could I have also been mistaken for White in my many academic endeavors? How deep does this go?

It is odd to think of film and television as representing only certain groups of people. As a person of color, I feel a sense of disconnection with many whose identity is shrouded from me. Some actors play a Hispanic character, but do not actually understand and present another cultures’ ideals in the same way one who is would. It is very easy to identify the Black, White, and Asian actresses and actors in Hollywood. These are people who often cannot hide their race, but it is much harder to find a group of Latinx creatives in Hollywood. They are often identified with another race. For instance, Meagan Good is identified as Black, but she is also part Latina. This is rarely if ever, talked about.

With all the thoughts and ideas that this article has planted in my mind, I began to look at my tv library again. I watched old shows like Battlestar Galactica and watched a few episodes with Edwards James Olmos, a good show with a great and proud Mexican-American actor. He is often misidentified as more White than anything. To struggle with this for a while would mean I would have to consider what it means to be Latino. With the notion I was taught that being Latinx is not a difference of color of skin or eye folds, but a cultural representation. I am finding that it is so much more than that too.

The idea of Latinx being more about culture than about race was instilled in me and attempted to escape my line of thought. Had any of these actors made a conscious effort to make their work so racially easily identifiable? If it is the case, does that mean Hispanics can identify with any group of people and not have to see any portrayal of themselves? What had others said about this topic? Why was I so perturbed by this idea of seeing and claiming actors of my own culture on the big screen and on my tv if many chose not to identify as such? I will have to dig deeper and sit with this, along with everything else the Netflix newsletter brought up.

A show that does represent the Hispanic community well is One Day At A Time, which is a revamping of a show with the same name in the 1970-80’s. This situational comedy embodies the struggles of an American-born single mother, her two Americanized children, and her traditional Cuban-American mother. The show is so multifaceted that it gives perspectives from all three generations of Latinx. The incredible cast members are Justina Machado as Penelope Alvarez, Rita Moreno as Lydia Riera, Marcel Ruiz as Alex Alvarez, and Isabella Gomez as Elena and Todd Grinnell as Schneider the building manager.

The show insists on presenting cultural relevance and even staying true to the nature of the Latino culture in everyday situations. In my own family, the show manages to reach three generations of Latinos. My Grandmother, myself, and my sister and her kids have all agreed that this show represents our own culture in a more realistic manner. There are many actresses I enjoy seeing of my culture taking on big roles and the big screen, like Sofia Vergara and Salma Hayek. It was endearing and enlightening to see the connections made to my own culture in the media. Finally, a series does just that, and it has been renewed for a third season. 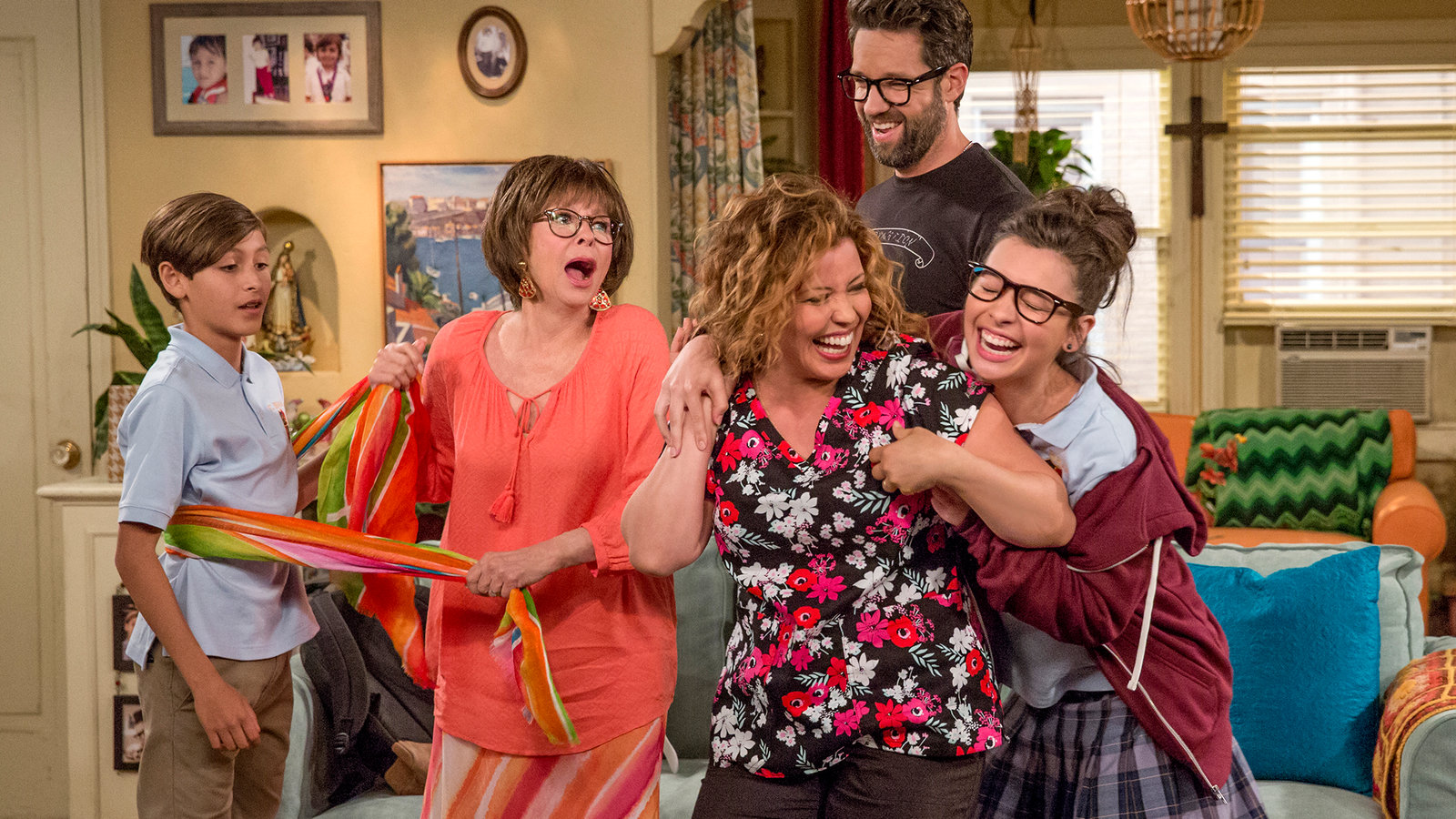 One Day At A Time

The Netflix show has made this troubling idea more complicated and has made it impossible for me to think about Hispanics in media the same way. Should I continue to want to see my own Latino people on the screens and properly identified? Or does that just develop into more unanswerable questions that are more convoluted and difficult to answer? Am I a lover of Latino culture or am I America’s mistress, seeing people as she tells me to see them, and therefore falling for her tradition of whitewashing? One Day At A Time has a way of bringing out the best of our cultures and the conflicts that arise with being Hispanic/Latino in America. So now, I must take a minute to step back to think while some of my favorite characters work their magic onscreen.