Victoria is the latest period drama from the UK’s ITV which has now landed on PBS Masterpiece airing Sunday evenings at 9pm ET—the same time slot as Downton Abbey. It chronicles the life of Victoria, the Queen of the United Kingdom of Great Britain and Ireland, who came to the throne at the age of 18 in 1837 and ruled until her death in 1901. She was the longest-reigning British monarch in history until her great-great granddaughter Queen Elizabeth II surpassed her in 2015.

Jenna Coleman, most known for playing the companion on Doctor Who, stars as the title role and does a very good job playing a headstrong, inexperienced, and impulsive young queen. Victoria—known as “Drina” by her family due to her first name, Alexandrina—was extremely sheltered as a child by her mother (the Duchess of Kent) and her mother’s private secretary, Sir John Conroy. Both of them attempted to control Victoria and bully her into making one of them co-regent, but Victoria wasn’t having it. In fact, the second she became queen, she ousted both her mother and Conroy. 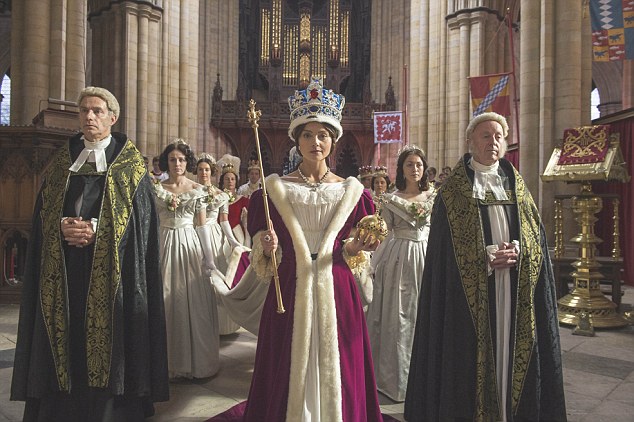 From early on, the allies and enemies are made clear. Conroy, Victoria’s mother, and her mother’s lady-in-waiting, Lady Flora Hastings are all immediately on Victoria’s bad side. She also has an uncle who would like to make her appear insane so her rule will be called into question. Fortunately for the teen queen, she has Prime Minister Lord Melbourne (Lord M)—played by the swoon worthy Rufus Sewell—who is her biggest advocate at court. Victoria never knew her father growing up and looked up to Melbourne as a strong male presence in her life. Sewell plays a younger and more handsome Melbourne than the one in real life, and so despite Melbourne’s scandalous reputation, Victoria develops a slightly fictionalized crush on him.

Not that I’m mad about that. 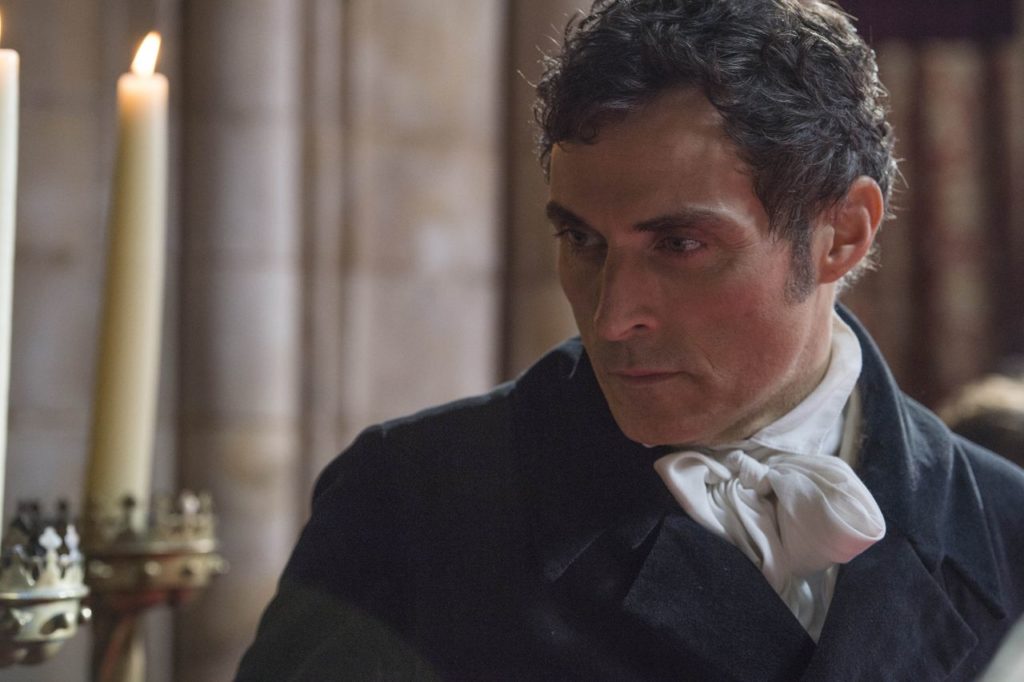 We’ve yet to see the love of Victoria’s life and future husband Prince Albert (played by Tom Hughes), yet I get the sense that there’s going to be some Pride & Prejudice-esq, Lizzie Bennet and Mr. Darcy type drama happening. You know, in walks Prince Albert all tall and brooding. Victoria sees Albert and immediately dislikes him yet is still attracted to him. The two fall in love. The two have nine children. I can see it now. 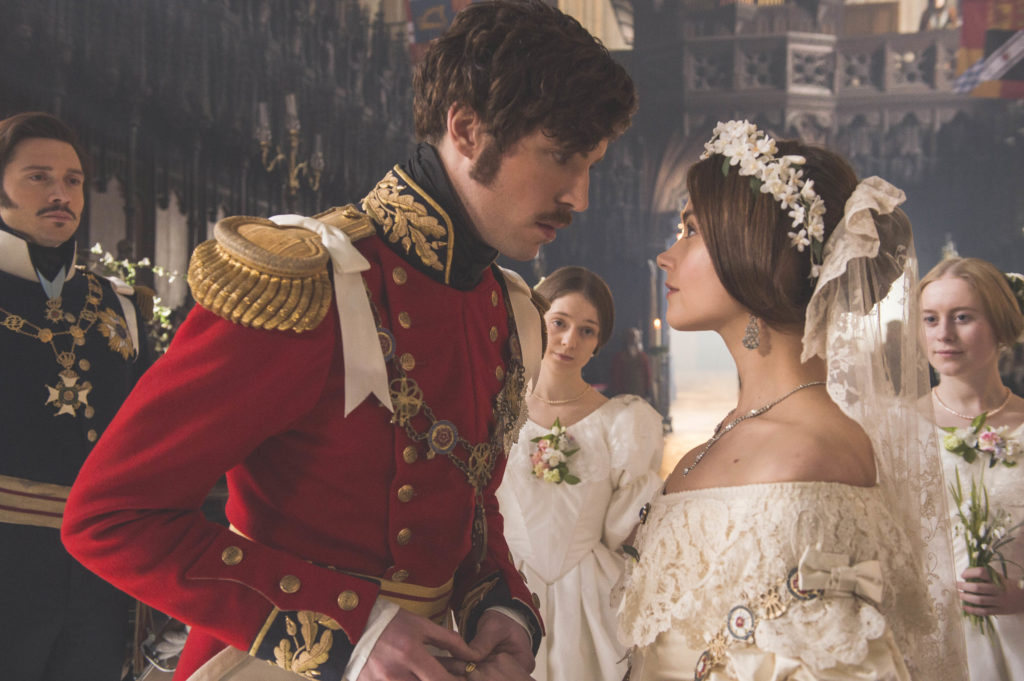 Unfortunately, Victoria premieres very close (in America at least) to Netflix’s The Crown and doesn’t carry the same emotional weight as the now Golden Globe winning drama. Both shows center around British queens. Both feature the portrayal of those queens coming into power. And let’s face it: there’s something about seeing a young woman becoming a powerful leader in a strict, patriarchal society that breeds some fascinating entertainment.

So, can Victoria fill your Downton Abbey void? 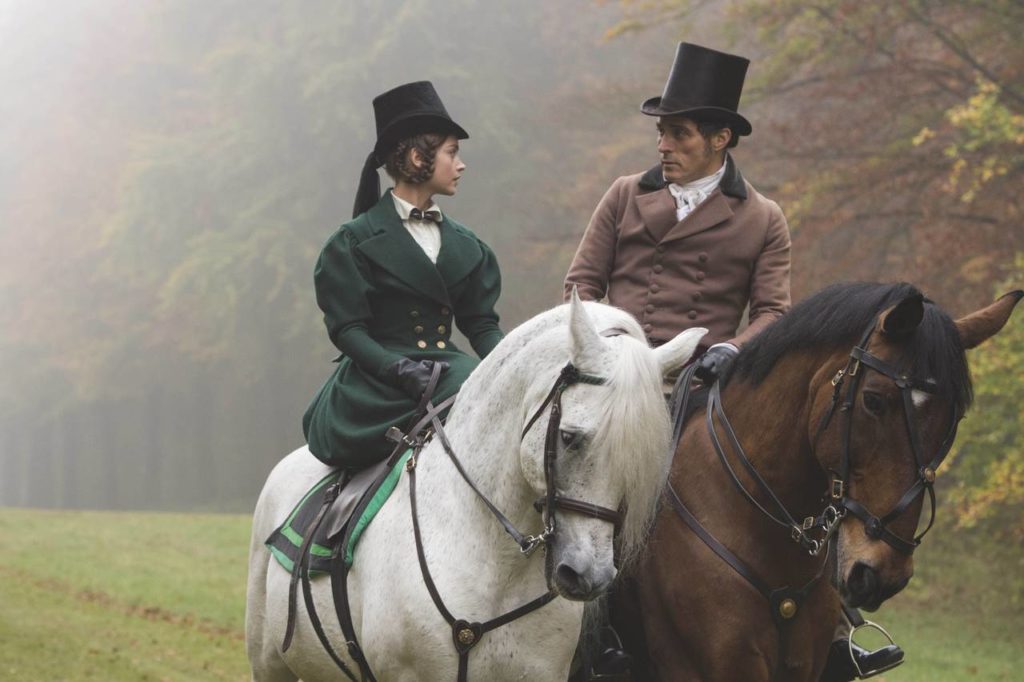 Well, it’s too early to tell. One thing Downton Abbey had going for it was that it was a fictional family, and we never knew where things were headed. No matter how soapy or CW teen drama-ish Victoria gets, a simple Google search can tell you how it plays out. Also, while DA was at times melodramatic, it was also witty and comical thanks to the quips of the Dowager Countess and Mr. Carson’s reactions to new technology. The writing just seemed a bit tighter, especially early on.

Nevertheless, if you watch Victoria for the costumes, the time period, and the political intrigue and scandal of the British aristocracy, then you won’t be disappointed. Jenna Coleman and Rufus Sewell’s acting carries the show, and from what I hear, the chemistry between Jenna and Tom Hughes is enthralling. Victoria’s story is compelling enough to keep an engaged audience, and though the acting of the full cast might not be on the same level as the best of the period dramas, it’s worth a watch.

Let’s give it a chance to grow and see how it holds up in future episodes.

Don’t forget to catch Victoria Sunday nights on PBS Masterpiece at 9pm/ET. If you missed the premiere, check your local listing for the next airing, or catch it on PBS’ website.

Review: ‘Downton Abbey: A New Era’ Takes You on a Joyful Ride Back in Time