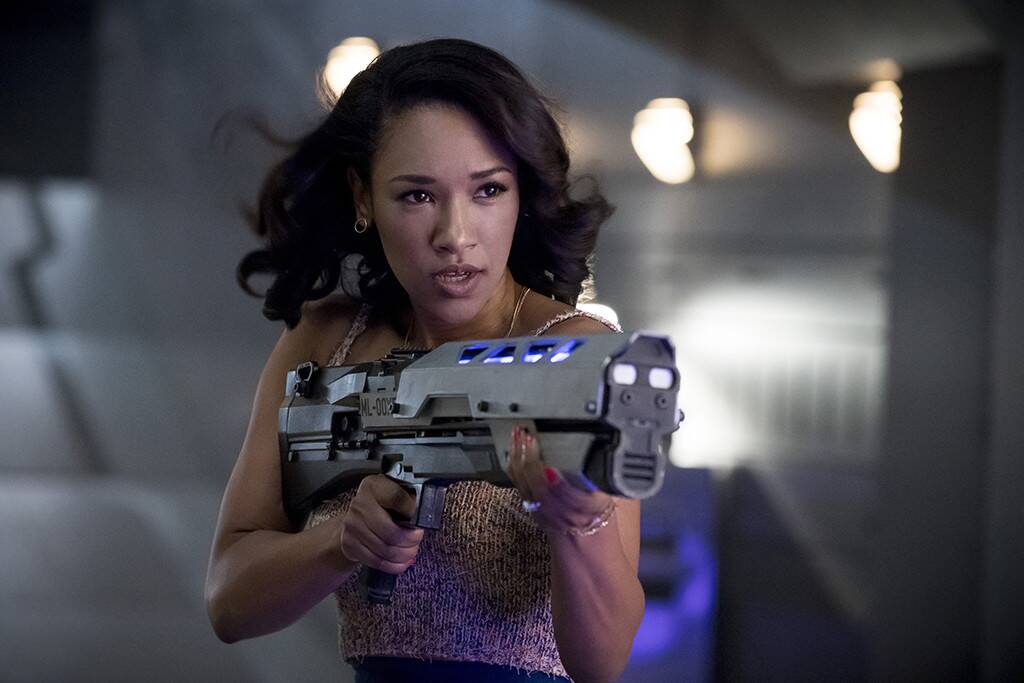 Watching Candice Patton take on the role of Iris West on CW‘s The Flash over the past several years has been absolutely incredible. The first episode premiered in 2014, and she’s been a pivotal part of the show ever since. Iris West is Barry Allen’s love interest, and although the first season showcases them playing a game of “will they won’t they” for way too long, they eventually do get married. Here’s what Patton’s time has been like as part of The Flash’s cast.

Patton got to pick her onscreen wedding dress

For the iconic wedding episode between Barry Allen and Iris West, Candice Patton actually had a lot more influence than viewers might realize. She was given full freedom to pick out the beautiful wedding dress. In order to make the final decision, she had Monique Lhuillier flown out to Los Angeles. Lhuillier is an incredible fashion designer known for her lifestyle brand and bridal collection. Narrowing down wedding dress options couldn’t have been easy, but ultimately Patton decided on the most exquisite gown that perfectly suited the highly romantic moment.

Geoff Johns is an American comic book writer whose work in the DC world has been highly revered over the years. He came onto the scene in 1997 writing incredible storylines for heroes like Aquaman, Green Lantern, Superman, and obviously the Flash. Candice Patton revealed that Johns was so impressed by her portrayal of Iris West that he sent her a text message thanking her for her work on the hit CW TV show. To this day, she’s saved the text for posterity. Who would want to forget receiving a compliment as incredible as that? Portrayals of certain superheroes and side characters don’t always translate onto the screen the way they translate within the pages of comic books. To Johns, Patton certainly handles business in the role of Iris West in a way that makes him proud.

The most disgusting scene Patton filmed

Candice Patton took to Twitter to share with her fans one of the “most disgusting” scenes she had to film for The Flash. The episode in question premiered in September 2019; it’s titled “The Last Temptation of Barry Allen, Part 1.” While prepping for the scene, makeup artists had to coat her teeth with black slime. Patton jokingly said, “I don’t get paid enough for this sh**!” In her defense, the black slime doesn’t appear as if it would taste too pleasant.

When Candice Patton was asked her opinion on her typically civilian character taking on a more heroic persona, she had a lot to say. According to Collider, she said, “I always thought it would be cool for fans … to see her suit up for an episode. I never wanted it to be a thing where Iris became a superhero on The Flash. We’ve got enough superheroes, and that’s just not who Iris is. The most important thing about who Iris is, as a character, is that she’s a hero in her own right without any superpowers. She uses her heart, her intellect, and her street smarts to help her with the team.” It’s true that the character of Iris West has evolved in major ways from being a dedicated reporter with a nose for news to someone who has the powers of a speedster.

Learning how to be a superhero for the cameras probably isn’t the easiest thing in the world since a lot goes into the training process. Preparing for a scene on the set of The Flash as a civilian character is a lot different than filming a scene as a hero. According to Collider, Patton got some great advice from Grant Gustin to make the process a little easier to flow through. She said, “Grant, God bless him, was giving me tips like, ‘Don’t stand up straight and do it because you’re gonna look ridiculous.’ He was giving me the play-by-play of how not to look like an idiot on screen.” Gustin is the perfect person to go to for advice since he has perfected the superhero role for seven seasons now. Soon enough we’ll see him continue working his superhero charm in Season 8.

According to We Got This Covered, it looks like Candice Patton isn’t too keen on the idea of staying with the show much longer. She reportedly wants out. Two other original cast members, Tom Kavanaugh and Carlos Valdes have already parted ways with the show, and it looks like Patton might be next. Since she plays such a major role in the show, her absence would be extremely difficult to explain. Another article published by Distractify contradicts the rumors and reminds us that Patton hasn’t publicly spoken out about quitting, nor has she posted anything about the rumors on social media. The article also reminds us that she’s signed a contract locking her in until at least the end of Season 8. Hopefully, she does decide to stick things out until the true finale of the entire series.