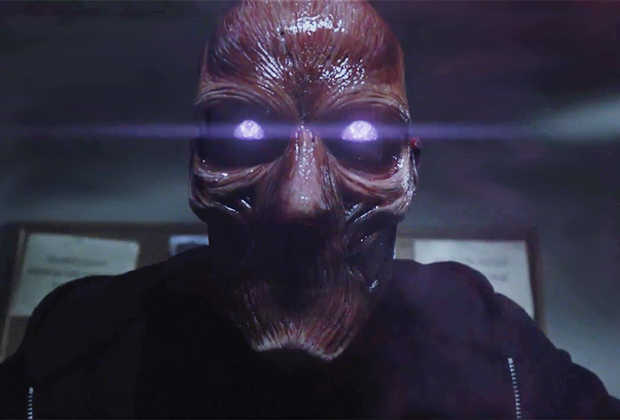 Last week on Teen Wolf we found out that Erin is the Anuk-Ite, and he orchestrated the testing of the students at Beacon Hills High School. But it wasn’t because he wanted to out anyone. It’s because he’s looking for his other half. He used the fear and hysteria to work in his favor. In the meantime, the pack is preparing for war and their allies are very limited. With other packs being wiped out, and folks like Deucalian and Peter Hale hesitant to get involved, Scott’s pack is running low on resources and time.

The mysterious voicemail message on the cell phone that they found with the dead bodies in the woods is leading them to Beacon Hills High School and Liam’s Biology teacher. At the same time, Lydia is trying to connect with the hellhound to see if he can tell her how to kill the Anuk-Ite. I’m so glad that the pack is finally working strategically rather than reactively. It always takes them a minute to get it together.

In true Teen Wolf fashion, our pack was finally able to put all of the pieces together, but not quickly enough to stop Erin and Quinn from becoming the Anuk-Ite. These kids are the worst when it comes to stopping the big bad creature from showing up and tearing stuff up. At least they know how not to be killed by the Anuk-Ite.

I’m not sure if that’s enough, though. This is the first time that they have equally impressive foes coming at them from two sides. Between the Anuk-Ite and Gerard, they are in a bit of a pickle. Then, when you add Tamora and the army of townspeople, that pickle has gotten way saltier. This is definitely a tough situation for the pack. 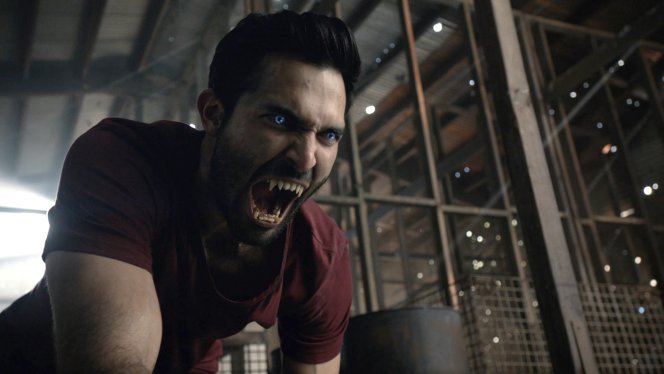 Wow…the search for information about the Anuk-Ite goes pretty far, I see. This episode starts with Chris Argent meeting with a Brazilian police officer. Of course, the story that the officer tells starts with a mass murder. But, this time the story includes one sexy werewolf by the name of Derek Hale.

Then we cut to Tamora training the community in hate while dehumanizing Ethan. As she talks, she shocks him, then stabs him. But while this is happening, I’m wondering what happened to Jackson (side note: I see Lydia’s dreams are leading her to ask the same thing). The last time we saw the shock fence, Ethan and Jackson were being shocked together. Something is definitely amiss. This second half of the season has been like a magic trick. While we’re paying attention to one thing, something else is happening just out of sight. I’m sure wherever Jackson is, nothing good is going to come of it.

Just like I’m pretty sure that nothing good is going to come of Scott and Malia trying to learn how to fight with their eyes closed either. As powerful creatures, they rely way too heavily on their eyes for that to really work. But I can appreciate them trying. I’m hoping the lesson will help Scott tap fully into his powerful nature, especially since there’s a liquid that can definitely kill him in the hands of Miss Kate Argent.

Before we can bask in the fierce glory that is Kate Argent, we get some insight into what’s going on behind the scenes in Beacon Hills. Werewolves are being held in the hospital with wolf’s bane IV drips, and Tamora’s people are collecting information about past odd occurrences. They’re planning something that takes organization, research, and preparation.

Poor Nolan is just a basket of contradiction. He tried to stop the killing of Scott and his pack by telling Liam what’s going on at the hospital. Unfortunately, he wears his weakness like a coat. Tamora is a strategist who’s not keen on weakness. She’s also surrounded by over-eager people willing to do her dirty work like Gabe who corners Nolan and beats him up. This makes her almost more dangerous than Gerard.

While I love that Scott insists on seeing the good in people, I think it’s going to lead to more people getting killed. His hesitance to recognize that the people in the town have leaned into their fear and hatred is not good. He’s going to have to realize that there is a war happening in Beacon Hills and they are the enemy. I hope them shooting Deucalian finally shows him that.

Next week is the series finale. It looks like we’re going to have a good old-fashioned season one reunion. After seeing next week’s preview, I see that Stiles and Derek Hale will be joining the party. I’m disappointed we didn’t get more Stydia screen time, but with Kate Argent and Jackson showing up, I’m excited for the conclusion of 6 great seasons.

It’s looking to be an intense finale. My prediction is that we’re going to lose a few of the members of Scott’s pack. The Anuk-Ite is such a beast that I can’t imagine it won’t take some of them out. I can see Derek Hale, Corey and Malia not making it out of the war alive.

Who do you think may die in the battle?