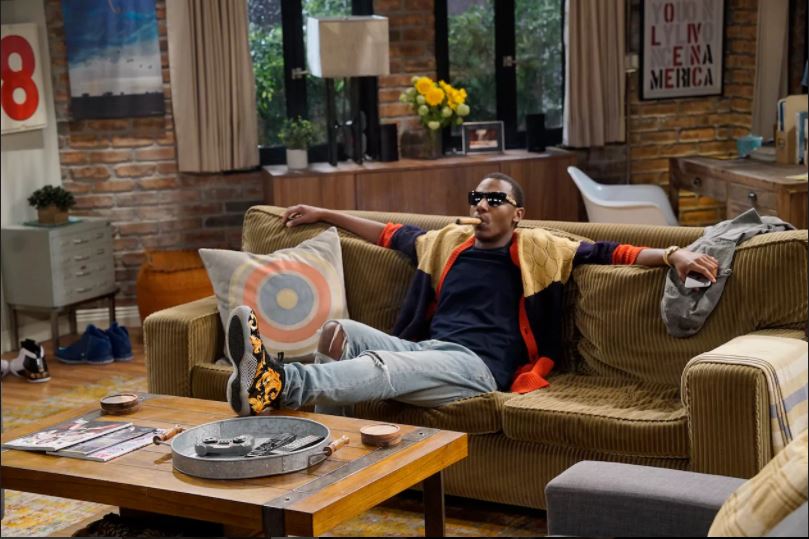 The last episode of The Carmichael Show gives us one last roast of Bobby as we discover new information about Maxine.

Bobby is bringing his new girlfriend home to meet his family and Cynthia is on edge. She wants this girl to feel comfortable because Bobby has historically been bad at relationships. She’s also on edge because they know nothing about her.

When Bobby shows up everyone is taken by surprise because his girlfriend Janet… is really old. So old that Cynthia calls her ma’am. She can’t stay for dinner however because she has some business to attend to.

Everyone roasts Bobby. Mostly because they cannot fathom WHY Bobby would date someone who made it through the Great Depression. That is, until Jerrod sees the Rolex on Bobby’s wrist. It turns out Bobby’s new girlfriend is rich AF! Due to Jerrod’s jealousy (and his parents’ ignorance), everyone assumes that Bobby is a gold digger and changes their tune towards Janet, except Jerrod who lambasts Bobby for selling his soul for money (clearly, he’s jealous).

Jerrod goes on his infamous rant (for the last time) and tells them all that the person with the most money in a relationship has the most power. Maxine challenges him, by pointing out that Jerrod makes the most money but he only thinks he has all the power because she didn’t tell him about the 1.5 million dollars she’ll inherit when her grandma dies.

The next day, Maxine returns to her apartment after a run and Jerrod has slipped and fallen in the deep end of the irresponsible spending pool. Maxine is annoyed and instead of challenging her like he usually does, Jerrod becomes obedient to her every whim. Maxine tells him she needs a break from him and he goes to visit his parents.

Joe and Cynthia are celebrating that both of their sons are gold diggers, and the promise of riches has made them obnoxious ingenuous people. Jerrod realizes this, snaps out of his fake rich stupor, and decides to go back home.

He goes home and apologizes for being an asshat and begs Maxine to make sure he doesn’t get any of her grandmother’s money (what if Maxine dies?). Even though it’s kind of extreme she agrees.

Later that day Joe and Cynthia stop by to kiss Maxine’s butt and Jerrod tells them not to bother because he won’t be getting any of her money and neither will they. Disgusted, they leave.

The next day Bobby reveals at the Carmichael’s house that he and Janet broke up because she found out that he is still married to and living with Nekeisha (how?). Janet told Bobby he and Nekeisha can’t be friends anymore and he chose Nekeisha.

This wasn’t the strongest series finale I’ve ever seen, probably because they didn’t know the show was ending. They could have ended with Jerrod and Maxine getting married without telling anyone (aka the previous episode), but I enjoy this concept of Maxine ending with a win. I feel bad for Bobby because he really did seem to have feelings for Janet, but I would have loved to explore him choosing Nekeisha over her, and the fact that legally they are still married.

Episode Winner: Everyone. This is the last episode guys! I’m still in shock about it if I’m being completely honest. The Carmichael Show was really dynamic and had a similar concept as All in the Family without the grumpy racist old man (Joe is grumpy, and out of pocket sometimes but he was open minded about a lot of things). All in the Family had nine whole seasons. The Carmichael Show is a lot funnier (don’t @ me) so there’s no legitimate reason for this show to be canceled, but if I’ve learned anything is that I don’t get nice things.

Thankfully, I’m not really concerned about the actors because Tiffany, Jerrod, and Lil Rel are on a strong come up, Ashley’s going to be in Ghosted, and Loretta and David are legends.

So goodbye beautiful and vibrant show, you deserved better than NBC.