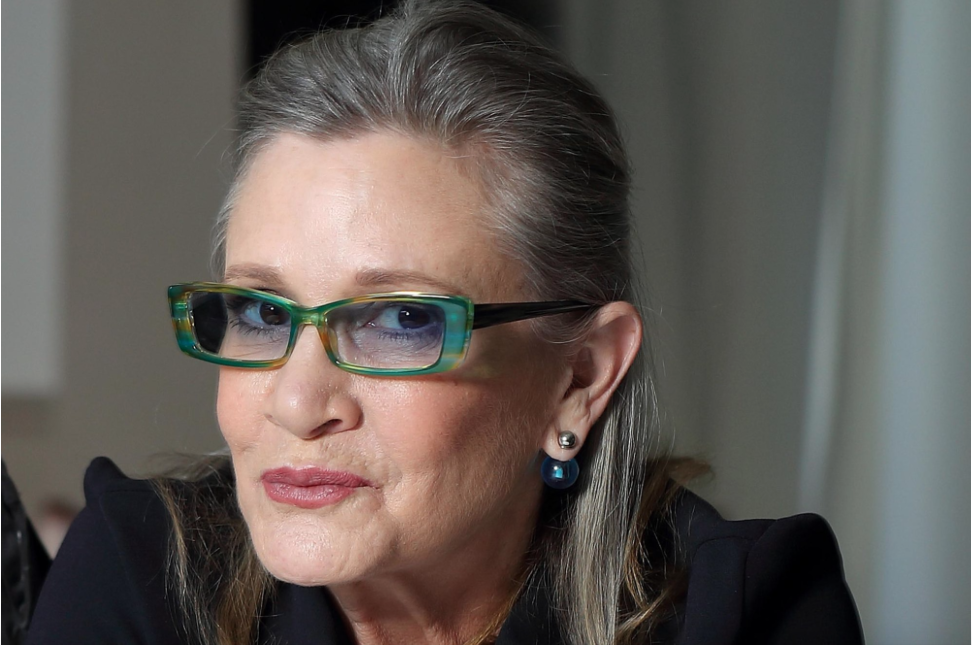 Carrie Fisher is a goddess. Using the term may sound like hyperbole but think of the great gods of mythology; Zeus, Shiva, Tonatiuh all powerful deities, fearsome and striking, vulnerable whether physically or emotionally, but above all, they steered into their flaws.

Fisher was a goddess among men. She defied the tired tropes of Hollywood. Carrie didn’t lament and cling to her youth. She cursed the men, fans, and guardians of young people as beauty. Carrie didn’t hide her recovery from alcohol addiction. Nor did she live in shame.

Ms. Fisher reveled in her success out loud and with ringing clarity stating, “Because I grew up in a public family, I never really had a private life. And so if those issues are going to be public, I would rather them to be public the way I’ve experienced them rather than someone else assuming things about me. It’s freeing to do it. Shame is not something I aspire to.” 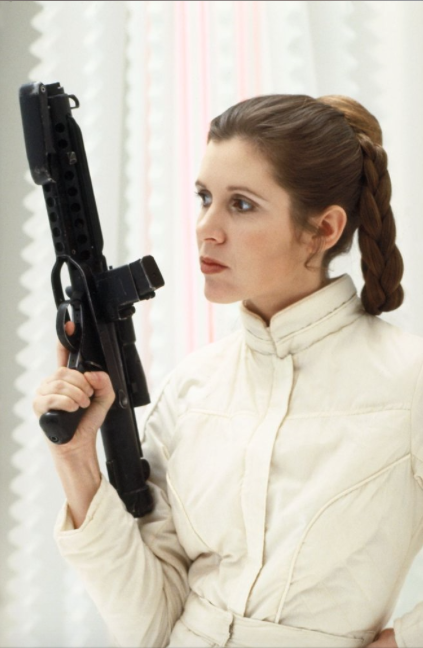 She was so much more that the blond with a blaster. For generations, she has been Leia Organa, the foul-mouthed princess who could fight her battles, led battalions, and stand up to Darth Vader without flinching. She took on all the guts of a 1940’s noir heroine and combined it with an authenticity usually out of reach for women. Fisher knew who Leia was but she also saw the opportunity she was given.

“I got to be the only girl in an all-boy fantasy, and it’s a great role for women. She’s a very proactive character and gets the job done. So if you’re going to get typecast as something, that might as well be it for me.” She told a CBC interviewer earlier this year.

Nerd women are here on the sidelines of the industries we love. Super hero women are tall, fit, and beautiful. Video game characters are busty perfect shots with the right words always on their lips. It’s the double-edged sword of being a female nerd. We want to escape into a fantasy of beauty, perfection, and good deeds.

But, it’s much more rewarding when flesh and bone, blood, sweat, and tears can accomplish the impossible. It is these narrowly accomplished feats that bring us back to our nerd factions. When we’re low, we can look up to our heroes, to our gods, and know that we too can overcome our obstacles.

Carrie Fisher, lived both sides of the sword, her beautiful, full of life youth forever unchanged on celluloid. The insurmountable odds she conquered have been laid bare in print. Her journey includes not just her battle with addiction, but also with bi-polar disorder.

Her work behind the camera sought to bring well-rounded women to the screen. Her work includes rewrites for Hook, Mr. and Mrs. Smith, Sister Act and The Wedding Singer.

Fisher’s goddess status is incomparable. Look at all of her people, the millions of men, women, and children who have forever been changed by the gift of her presence, now pouring out their heart online.

Here at Black Girl Nerds, we count ourselves among the many:

Carrie Fisher will forever be a cinematic icon. Princess Leia is the female hero in space that I remember didn’t need saving. In addition, Carrie was a one of the main advocates for killing the stigma surrounding mental health sufferers. Only someone with a big heart, and courage could tackle an issue that most shy away from. The world is losing a princess and she will be remembered and missed.

May the force be with you Carrie Fisher.
-Valerie Complex 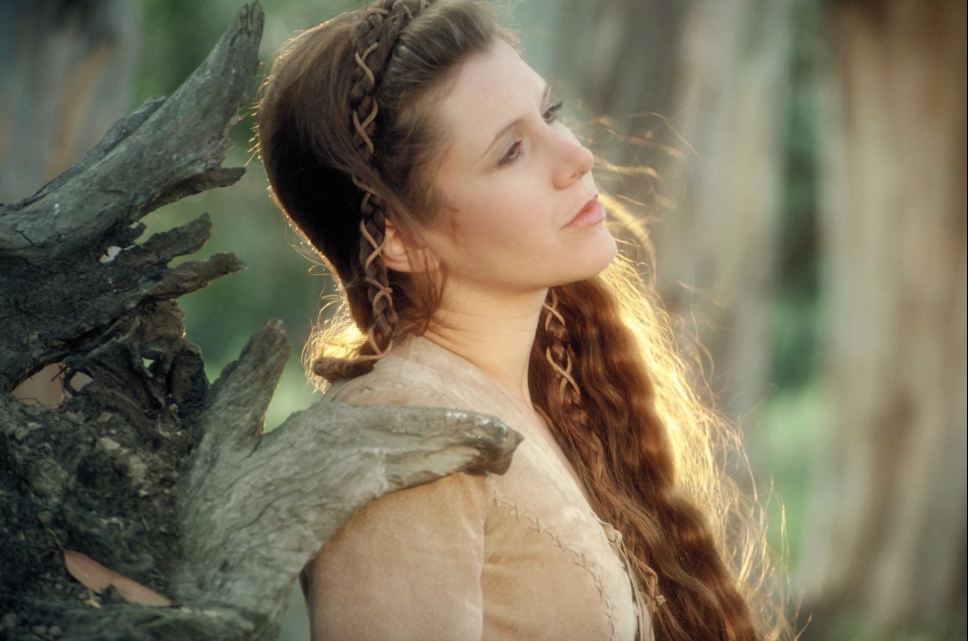 I watched Princess Leia lose her family, her people, and her planet and still find the courage to fight in the rebellion. I watched General Leia lose her husband, brother, and son and still find the strength to lead the resistance. I watched Carrie Fisher suffer from mental illness, fight addiction, deal with sexism and all the other ugliness Hollywood brings and come out intact, sure of herself and her place. Watching Carrie taught me to find my own strength in the darkness, how to not be ashamed of having a mental illness, that you don’t have to be defined by how others see you, and how to find levity in my situation. My princess, my general, my role model-thank you for everything, Carrie.
-Mel Perez

She was the Princess that rescued, the woman men fought for and the unapologetic truth teller of it all. Her personal tragedy, made poetic in the delivery of her choosing – riotous laughter. The force was always with her.
-Caron 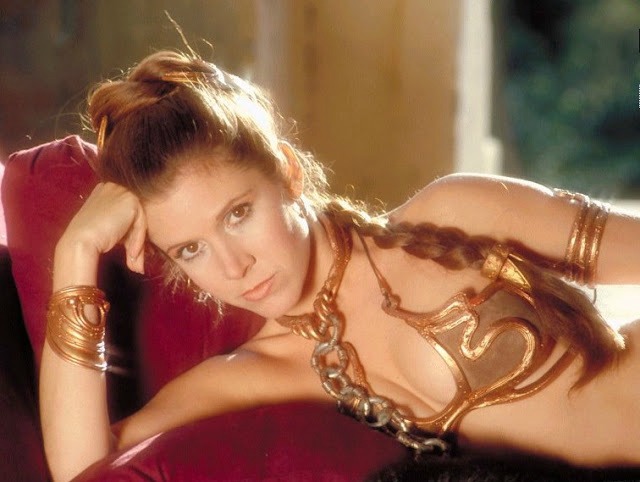 I loved her first as Leia. She was the first woman in Science Fiction In Whom I saw myself.  I also loved her as Carrie. I followed her career from film to books. I learned all the facets of her personality. I Was inspired by her willingness to discuss her troubles. I will forever be grateful for meeting her at Celebration Anaheim and for having the chance to tell her I loved her. Her response was typical Carrie, “I’m pretty sure I love you. too.” it was a fangirl’s dream. 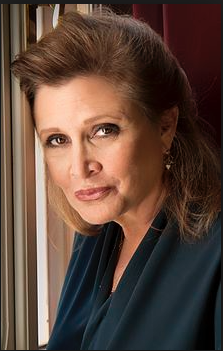 I didn’t grow up with Leia, like most of you. I fell into her as an adult. It was thRough, a life and perspective altering fall. It seemed that for years I had been railing about the lack of well rounded,
whole female characters in the media. I wanted women heroes, leaders, fighters, and spies, and all along, she was there. While Action thrillers cast women as victims, she was there. While Rom-coms only showed love stricken, vulnerable women, she was there. When TV screens only showed women interviewing who smiled, laughed, and never-ever said anything controversial, she was there. Carrie was not fighting the fight for women’s equal treatment in the media. Carrie was the fight. Carrie Fisher was an icon. She showed girls that you can be a princess, a sex symbol, and a badass simultaneously, and
that one did not take from the other. She showed us that having a troubled past did not negate your
future. She reminded me of how being a woman and whole person Hollywood is near impossible, but it
could be done. Carry did not compromise who she was. Carrie did not apologize for it either. The Force is with Carrie Fisher. Carrie Fisher is with the Force.

I grew up with Carrie only identifiable as Princess Leia. It wasn’t until I got older and had the same life experiences as she, that I became more intertwined with her. She showed me that you own your mistakes and what life gives you and don’t shy away for fear of ridicule. You did it, so own it and learn from it. I can never thank her enough for this.
-Kayla Sutton

Princess Leia was the first female hero I remember seeing as a child, and Carrie Fisher’s brilliant portrayal sparked my lifelong interest in sci-fi. She was a brilliant actress, incredible writer, comedian, and champion for mental health. Her loss will be felt forever, but her amazing legacy will live on.
-Cherra Hampton-Mitchell 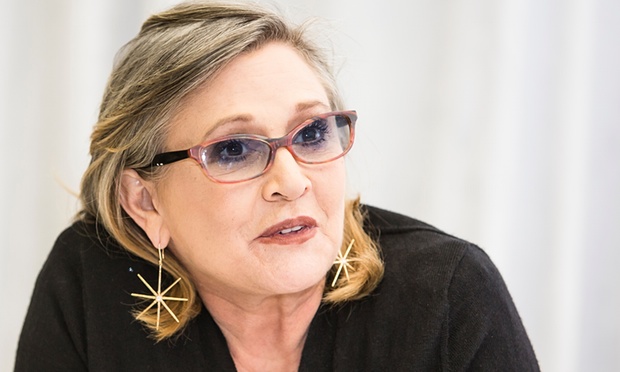 Carrie will forever be associated as the prolific icon princess leia.  memories of her in that role will be indeibly printed in my mind forever.  however, what made the biggest impact on me was carrie’s candid remarks towards women’s beauty.  her interview on good morning america where she thought the discussion of weight was a “stupid conversation” has always stuck with me and she will remain a hero to me until the end of time for her frank and unapologetic candor about how women think about their bodies, as well as aging.  We should all take a page from carrie’s honesty about how we talk about others as well as ourselves.

Thank you for sharing your light with us Ms. Fisher, for showing us what it means to fight for your life, and for being a General in whom we can trust. The force is with you; we are one with the force. We leave you with this kick ass video of Carrie Fisher being Carrie Fisher.