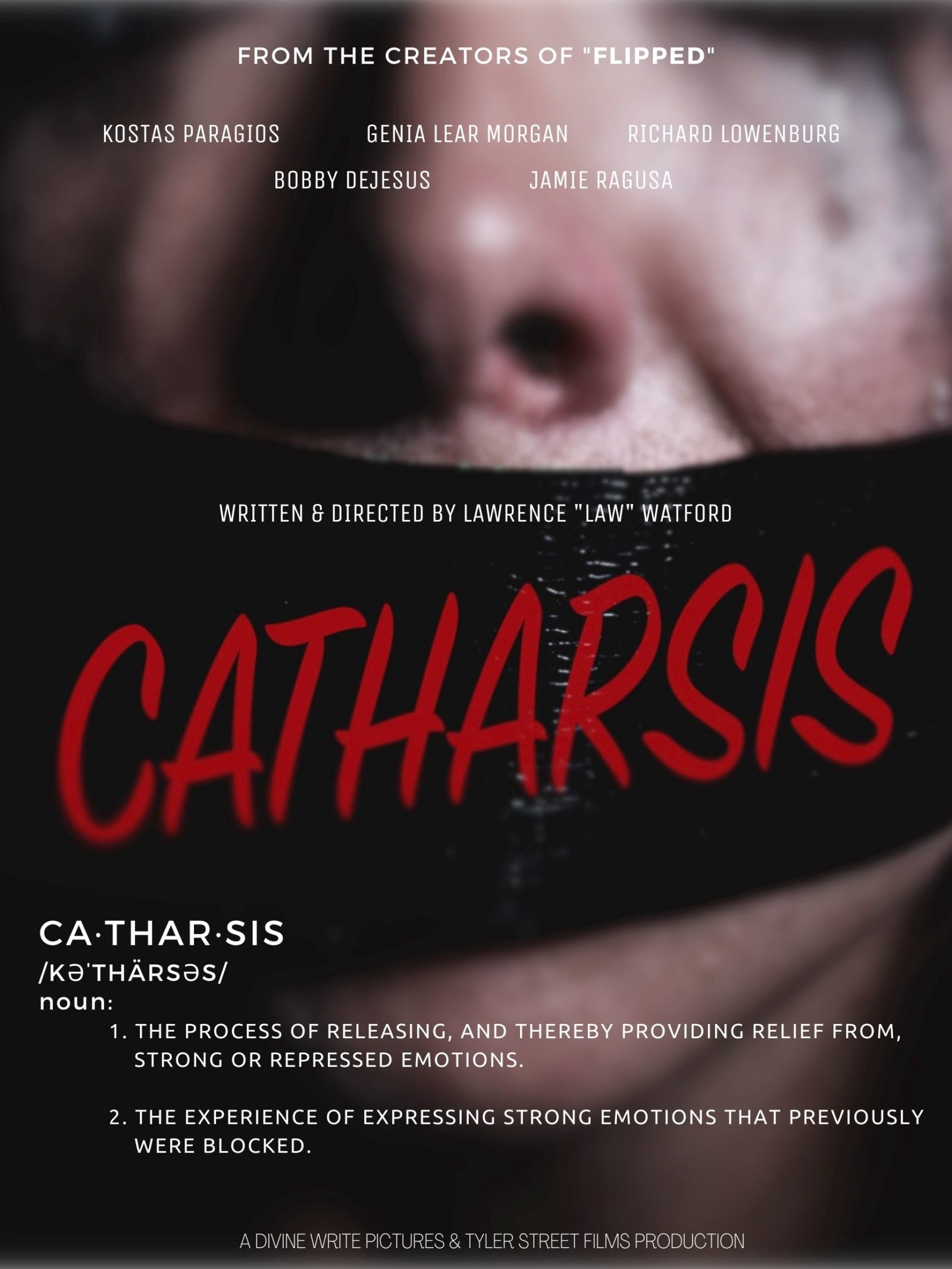 Police brutality and state sanctioned violence have not eased up on Black Americans in 2020. In fact, it feels like it has gotten a lot worse.

In the summer of 2018, Lawrence “Law” Watford wrapped up filming on his short Flipped.  In that story, the shoe is on the other foot when overt racism is experienced by a white high school student. White people live in an America where white boys wear hooded sweatshirts at their own risk, and white mothers pray that their sons make it home unharmed each night.

Watford brings back a sobering reality in his latest short film Catharsis. When a Black woman mourns the death of her child at the hands of an NYPD officer, she confronts an ambitious District Attorney. The same DA who refused to bring charges against the officer who murdered her son.

What Catharsis does is reel you in the moment you start you begin watching, clearly, you know this DA has demons his battling, and although there could be a guilty conscience somewhere in there, it’s clear his motives are for blue lives above Black ones. However, what comes next in this story is the Black woman in mourning who needs to confront the man who committed a severe injustice against her son.  It is this in Catharsis that keeps you focused and slowly builds into an intense climactic ending that is gut-wrenching.

“In an era where police killings of Black people earn 10 million YouTube views, this film is about jolting people out of their comfort zone, out of their bubble and into the unfamiliar, uneasy and perhaps frightening territory,” said Watford.

He also adds, “I want to start a war between the person we are and the person we want to be. And in the chaos of that internal conflict is where I hope the message of this movie will  have the power to at least shift the mindset, even in the slightest degree for the shortest of moments.”

You can view the entire short film for free here:

Lawrence “Law” Watford is an avid political junkie.  Law received a Bachelor of Arts in Political Science from Hampton University (an HBCU) and a Masters of Arts in Communications as a directing student at Regent University. Since then, he has honed his craft in varied posts on numerous feature films and television shows such as I am Legend and Law & Order SVU. As the founder of Divine Write Pictures, he is constantly seeking innovative ways to tell stories that challenge and excite audiences as he expands his body of work as a content creator, screenwriter and filmmaker.

Watford’s last film Flipped was produced along with his partners at Tyler Street Films and received critical praise for its bold approach to addressing race in America. For more information on Law, visit www.divinewritepictures.com or www.divinewritedigital.com