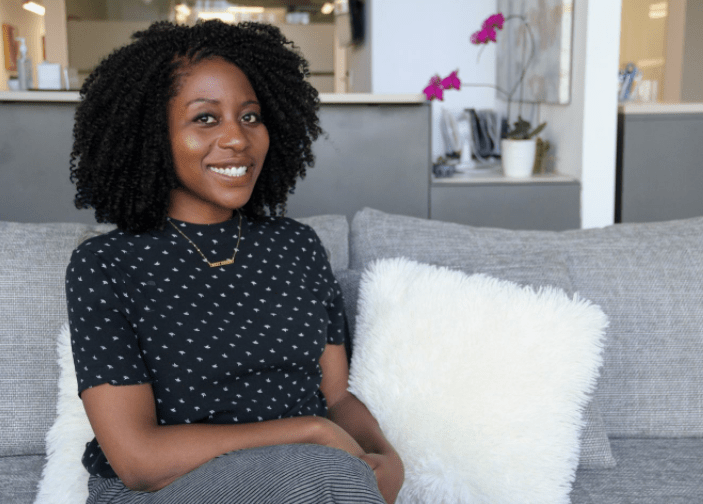 This news wasn’t just a victory for the cast and crew, it was a giant win for the Black community.

For many fans, Season 4 of Insecure wasn’t just a treat, it was solace and survival. Amidst the trauma brought on by 2020, many Black people have been hurting. Watching Insecure was escapism at its best, as it was already so entertaining, already emotionally compelling, fun, inspiring, and informative, and during this crisis, it became a steady anchor keeping fans afloat — in some cases even cruising.

Black Girl Nerds caught up with Insecure’s executive director and co-writer, Amy J. Aniobi. Aniobi has also served as head writer for season one of HBO stand-up special 2 Dope Queens, and she has multiple projects in development.

She shared with BGN her excitement for the Emmy nominations, the central takeaways for Season 4, and her thoughts on what may be addressed in Season 5. The virtual Emmy awards will be held September 20, 2020, at 5pm, broadcasted on ABC.

BGN: How did you react to Insecure being nominated for the best comedy series?

Oh, my gosh, I just jumped up and down and screamed. It was such a funny moment because I have Spectrum internet, which is known for being terrible, and it went out in my house on Saturday.

Our writers have been working virtually and I was stuck wondering, how do I get into the room if I don’t have internet? I called in on my phone on Monday, and then going into Tuesday, I called one of my coworkers and I was like, “Can I come to your house so that I can connect into the room?”

I haven’t been driving a lot of places during rush hour since quarantine started. So, I got stuck in traffic.

I walked into her house with my mask still on, and we saw that Issa had been nominated. We filmed ourselves jumping up and down and screaming with our masks on and sent that video to Issa.

Then we were just sitting together and found out that the series had been nominated. So, we jumped up again. That was really special.

We’re hard workers. We’re not a room that wastes a lot of time; we get into our work really quickly. But on that day, we spent about an hour just saying, “This is another thing I love about our show!” and “I always loved that you wrote this, and you wrote this!”

It was nice to get to celebrate each other, especially in a world that doesn’t always celebrate Black voices.

Thoughts about Writing for Insecure

BGN: What was one of the most difficult things about writing for Insecure?

I don’t know if I can think of anything that’s specific to Insecure. I would say one of the most difficult things about writing for TV is having to have a group consensus. We’re all individual people, and we all have our own versions of what a story could or should be or how a character could or should not react.

I’ve worked with a number of writers who are funneled through their own personal lens to say, “Well, I would never do that. I don’t understand why this character would do that.”

Being a writer means tapping into voices and minds and feelings that are not your own. You need emotional empathy to see the world through other people’s eyes and make their choices make sense to them, because all the characters are people. They don’t just power on to do bad things and then power off. They’re people.

Other times, someone else doesn’t agree. It’s all about that group consensus, and eventually it falls in line. We get on board. We’re all paddling this way. We’re in the same direction, because that’s what makes the show keep moving forward. This is the best job I’ve ever had.

The Impact of Season 4

BGN: What do you think is an important takeaway from Season 4?

That people are in your life for a reason, a season, or a lifetime, and that’s something our executive producer [Prentice Penny, who’s gone on to develop many projects of his own] started in earlier seasons and is now getting to play that out, with Issa and Molly and Issa and Lawrence, and Issa and Nathan and other characters on our show, just everyone in Issa’s life.

It’s like reason, season, or a lifetime, why are you here? I think what was so interesting about the fight between Issa and Molly. People went so hard for Issa and were so anti-Molly. I honestly think that comes from the fact that they recognize Molly in themselves.

They recognize that stubbornness or inability to communicate exactly what you mean in exactly the right moment, exactly in a clear way. That’s how we all are. To me, she was so human in the season, and I think it rubbed people because they saw themselves in her. They saw their friends and they saw their family members in her.

But I think the takeaway from this season is every friendship is a real friendship, but deep friendships that matter are going to have friction because nobody gets along with anyone one hundred percent of the time, every day of the week.

So, after we close the friction, when they grow at any sort of moment, because they’re growing, you know, they’re moving from their 20s to their 30s, moving from girls to women, you know?

And so it’s like, are you here forever? Are you here to teach me something? Which would be a reason. Or are you just my college friend that I can only hold onto for so long? A season.

With all of those things through the season, everyone is forming their own opinions and saying, “Drop Molly, get rid of her!” or “They’ll get through this. They will be fine.”

I posted something because cast and writers live tweet every episode. After that fight (between Issa and Molly), I posted, “Was there ever a time when you had a friend break up, and what were the circumstances? And are you still friends today?” The responses to it were incredible.

I post questions all the time because I live tweet every Sunday, and very often people don’t respond. But with this one people were like, “Yes! It was over some petty shit, and we ain’t friends no more, and I regret it.”

People were like, “Yes, I had this fallout, I wish I had the chance to apologize to this friend, but she moved away and she’s not on social media and I will always regret that I let our friendship fall apart.”

People were exorcising their own relationships because of this fight, because the bond between women in so many ways is so much deeper than a romantic bond.

So, for me, the takeaway is looking at your relationships in your life and making sure you’re taking care of them, even if they’re not forever. Are you taking care of them in the way that would make you look back on it with compassion?

BGN: How do you feel about Insecure being renewed for a fifth season?

Well, that’s a funny thing, because keep in mind, we as writers, we know before other people do. Also, I’m an EP [executive producer], so I knew before it was announced.

Removing myself from the fact that I knew, the feeling is positive. I was excited to finish this story because I felt almost like Season 1 had such a clear direction of where the story goes next. Season 2 had that Lawrence closure at the end.

Season 3 was the hardest season to write because our natural story engine of Issa and Lawrence was gone, and we were like, “Huh?” — and it was hard!

Because it feels like Season 4 was queued up for Season 5. It feels so satisfying to know that we keep telling the story.