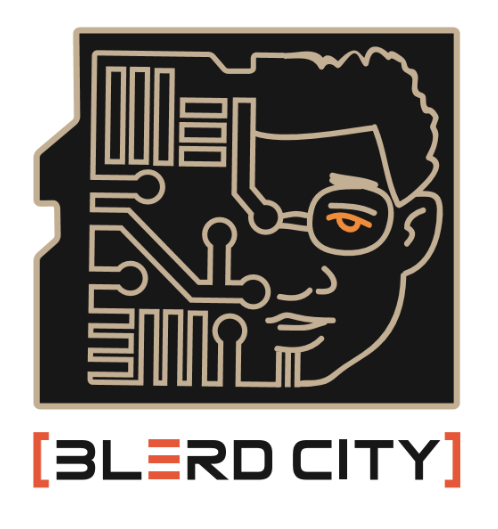 BLERD CITY’s mission is to provide the Black community with substantial connections to talented and cutting-edge professionals in the craft of positive image making.

BLERD CITY, Black + Nerd = Blerd, a conference dedicated to showcasing the complexity and multi-dimension of NERDiness through Art, Science, Film, Literature, and Technology.  The conference includes panels, workshops, film screenings, and a marketplace. The BLERD CITY marketplace will feature a mixture of curated gaming and comic books, and a children’s area for science and technology exploration.

BLERD CITY panels and workshops (list in formation) include:

To date, a number of internationally renowned and critically-acclaimed Blerds have committed to presenting at BLERD CITY including:

BLERD City Con’s founder and executive producer, Clairesa Clay, has taught English in the New York City Department of Education for nearly 20 years. During this time, she has also served in a variety of capacities and worked with a number of academic institutions and literary and art organizations including: New York University’s Institute of African American Affairs (A Is for Anansi: Literature for Children of African Descent conference), the Organization of Women Writers of Africa (Yari Yari Pamberi: Black Women Writers Dissecting Globalization conference), and the Harlem Art Alliance (Kwanzaa at New York City’s American Museum of Natural History.)

Clay co-founded and curated Reel Sisters of the Diaspora Film Festival and Lecture Series (Reel Sisters) for 11 years; founded The Luminal Theater summer microcinema pop-up in 2015; and, most recently, she curated documentaries focusing on current issues affecting the African-American community for CeeCee’s Film Salon. Clairesa is an award-winning poet, filmmaker, and sculptor and currently serves on the board of advisors for Reel Sisters and on the board of directors of ImageNation Cinema Foundation.

For more information about BLERD CITY or to register, please visit https://www.blerdcityconference.com/.