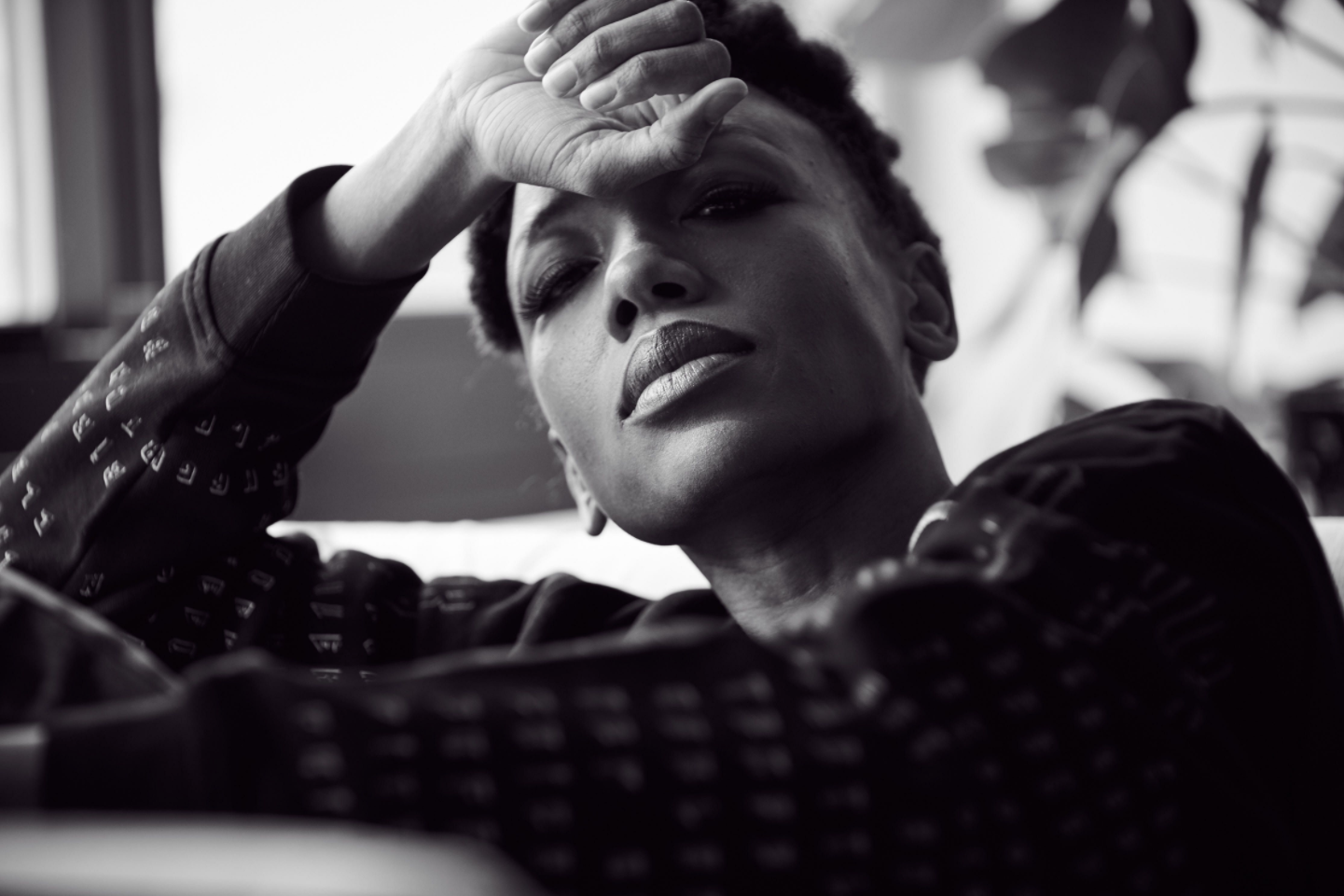 For five seasons, The Good Fight has been and continues to be a TV series filled with strong, smart, ambitious, stylish women. Zimbabwean Aussie import Charmaine Bingwa is one more, and her first appearance doesn’t disappoint.

Fight’s plotline has her taking a case no one really wants and dealing with a client no one really believes. While you’ve probably heard of that predicament before, Carmen Moyo (Bingwa), a first-year lawyer, turns the case on its head.

That’s sort of how the lovely Bingwa made it to Hollywood — by taking things into her own hands, even becoming the first woman of color to win Australia’s prestigious Heath Ledger Scholarship in 2018.

BGN recently spoke with the actor by phone.

What was the one thing that made you want to take the role of Carmen?

I liked just how much of a complex mystery she was. There just seemed to be so many different elements to her. For instance, she’s bilingual, which came as a surprise. There were so many surprising elements, and I like that her motivations aren’t always clear. There was a lot I could do there.

She’s still a bit of a mystery. How much were you made aware of her journey before diving in?

Not a lot, which I actually find great. I like when the writers and [showrunners] trust you with the character and let you fill in the blanks and bring stuff to it that is not on the page. There are still many, many question marks around her, which for me as an artist is great.

You’ve accomplished so much in such a short period of time. Was the movie with Italian actor Monica Bellucci, Nekrotronic, your first screen role?

Like a big, prominent film? Yeah. I did it when I was still in Australia.

What was that like? Bellucci is a bit of an icon in Italy.

You’re thrilled every time you get to share the screen with someone great. You get an opportunity to learn. The filmmakers thought I was right for that role, and I just gave it my all. It was great to experience a little bit of Hollywood in Australia.

Was that before or after the Heath Ledger Scholarship award?

Talk about that if you would.

Yeah. It’s a platform that many Australian [performers] know, and when it comes around, we enter. You’re vying against at least 1,000 of Australia’s best actors. So I was honored to be included in the group of finalists. It’s really an adventure to spend time with casting directors and other accomplished actors. It was such a beautiful day, and we were able to hear [Ledger’s] parents talk about his passion and his legacy.

I think it’s so wonderful that they show such generosity and let a young actor have a go and have a similar trajectory. Over the years, many actors who have won it have gone on to do great things. I was the recipient in the scholarship’s 10th year, and I think it definitely alerted people in America to my talent.

So it brings you to the attention of casting directors and others?

Yes, decision makers in the industry get to know about you, and I think it’s also the legacy of Australian actors to tend to do well in Hollywood. Hollywood’s always had a bit of a fascination with Australian actors!

So how did your web series, Little Sista, come about?

I have such a great love for art, and I am a big believer in an entrepreneurial spirit; if you don’t have the opportunities, make them. So I gathered a group of people and earned their trust, and I wrote something that was pertinent to me and that I felt was funny and endearing and definitely had some heartfelt moments. It was really a great lesson in how to create content and understand every single element of it.

Are you working on the Apple Studios film Emancipation with Will Smith yet?

I’m in the film but haven’t started shooting yet.

To me, it’s such a beautiful script and an amazing team. I’m so excited to be able to contribute my artistry to it.

How did you find out about it?

It came through the usual channels. I auditioned for it. Yeah, I just remember that I received it on the set of The Good Fight and I screamed for a little bit in my trailer. [Laughs.] People were like, “Why is she screaming in her trailer?” I am fortunate to be able to work so much so that it all happens at the same time.

Can you tell us anything about your character in the movie?

I think I signed like ten hundred NDAs [nondisclosure agreements].

I’m sure people have asked you this a million times, but are you finding it very diverse and inclusive in Hollywood these days, in terms of getting roles?

I will say that I think right now is an exceptional time. More than ever, I feel like during the pandemic, everyone went through a personal reckoning. Particularly what happened around race drove home the importance and the impact of years of marginalization and what that’s done to people. Everyone’s eyes were opened with regard to inclusivity. Now is a great time, and I always try to focus on the positive.

I hope it lasts after the pandemic.

To me, it doesn’t feel like a trend. After going through a global health pandemic, everyone is more clued in about each other’s humanity. We’re absolutely listening to and seeing other people’s stories and really getting to know the person next to us. I think that is very exciting.

What are some of the main differences between, say, New York (where The Good Fight is filmed) and Australia?

Oh, they’re so different. [Australia] is very laid-back, just slower, more spaced out. I distinctly remember leaving Perth [in Australia] to go to New York to film The Good Fight, and I’d come from 104-degree weather to a snowstorm. But it’s lovely, and I enjoy the contrast and consider myself lucky to be able to see so many fabulous places.

Now that you’re so busy, what do you do when you have a little downtime? I like to maintain physical fitness and keep fit and whatnot. But my guilty pleasure is watching something that’s so far away from the industry, like Family Guy and Comic Relief. Also hanging out with my friends and reading books — things like that. I’m a writer/creator, so when I get a chance, I work on my own projects as well.

The Ending of a ‘Good Fight’