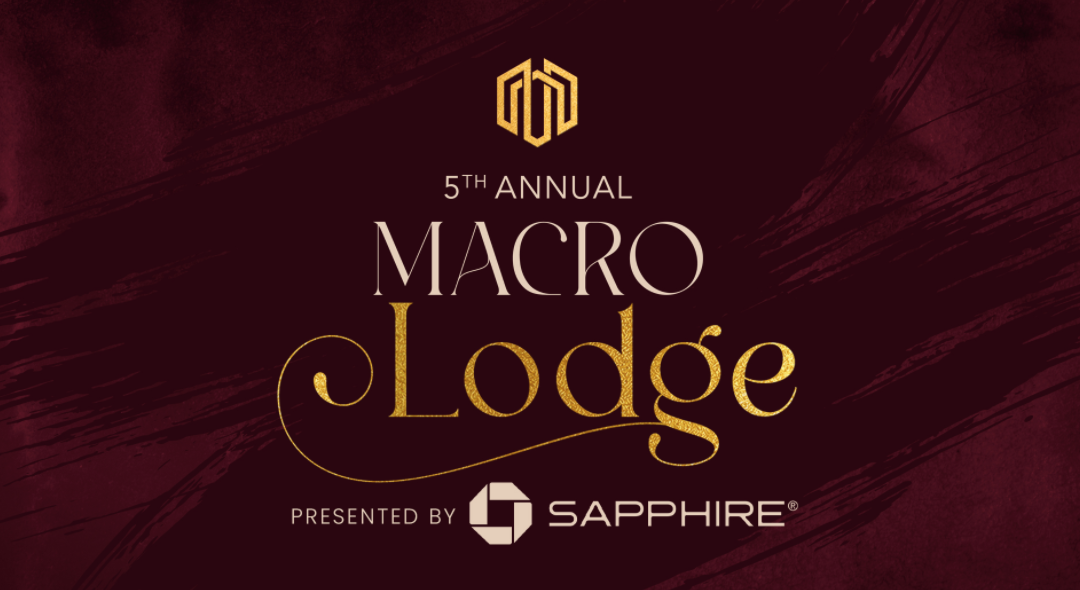 The 5th Annual MACRO Lodge at Sundance (www.StayMACRO.com), presented by Chase Sapphire and hosted by MACRO Founder & CEO Charles D. King (Judas and the Black Messiah, Mudbound) and his wife Stacey Walker King, Chief Brand Officer of the company, is heading to the virtual Sundance Film Festival for its annual showcase of inclusive content at the iconic film festival to champion diversity, inclusion and people of color.

Programming at the lodge includes events with ABC, Color of Change, DAZN, Lionsgate, Netflix, Vertical Entertainment and Roadside Attractions; and Warner Bros. Television; and social justice organizations The Culture Change Fund and The BIG We.

Returning again for the fifth straight year, SheaMoisture will be a premiere sponsor of The 5th Annual MACRO Lodge at Sundance to continue their joint effort with MACRO to elevate the voices of Black and POC creators.

Below is a partial listing of the events at The (Virtual) 5th Annual MACRO Lodge at Sundance Film Festival Presented by Chase Sapphire.

Detailed archival footage and enthusiastic interviews are featured in La Guerra Civil with Oscar De La Hoya, the charismatic golden boy from East LA and Mexican-born boxing legend Julio César Chávez to illuminate a story that transcends language, heritage and interests. Director Eva Longoria Bastón talks to Rosie Perez about her high-energy DAZN original documentary directorial debut that digs deep into the cultural significance of one of the biggest sports moments of the 1990s.

Warner Bros. Television Group Chairman Channing Dungey, one of the entertainment industry’s top power brokers and decision makers, sits for an intimate fireside chat with MACRO’s Charles D. King to discuss her journey in the business, the changing landscape of media and her vision for the future of entertainment.

Women of the Movement: Conversation with Creator, Showrunner and Executive Producer Marissa Jo Cerar and stars Cedric Joe, Tonya Pinkins, Glynn Turman and Ray Fisher. Moderated by Charisma C. Deberry, Director of Social Media, ESSENCE. Presented by ABC.
Cast members and creator, showrunner and EP, Marissa Jo Cerar will appear at the lodge to discuss Women of the Movement, the series which tells the story of Mamie Till-Mobley, who in 1955 risks her life to find justice after her son Emmett is brutally murdered in the Jim Crow South. Unwilling to let Emmett’s murder disappear from the headlines, Mamie chooses to bear her pain to the world, emerging as an activist for justice. All six episodes of the ABC series are now available to stream on Hulu.

Pass The Mic: Centering Communities of Color in Climate Storytelling. Moderated by Favianna Rodriguez, President, The Center for Cultural Power.

Audience will observe an explorative conversation on how film and storytelling tools can help us center communities of color and find courage in the face of climate chaos. This powerful discussion will feature filmmakers and voices from the 2022 Sundance Film Festival film To The End as well grassroots leaders and cultural strategists at the forefront of cultural and social movements for climate justice. Panelists include Layel Camargo, Climate Storytelling Project; filmmakers Rachel Lears and Sabrina Schmidt Gordon; and Varshini Prakash, Executive Director of Sunrise Movement.

Hold The Crown: Hair Equity in Hollywood. Presented by SheaMoisture.

Black Hollywood, notable stylists, industry leaders and change agents come together to raise awareness and embark on a solution-focused conversation around equity in hair and makeup in film and television.

Writer/Director Nikyatu Jusu visits the virtual MACRO Lodge to discuss her film, Nanny, a dynamic supernatural horror film following its festival premiere along with the film’s stars Anna Diop and Sinqua Walls. The film follows an undocumented nanny working for a privileged couple in New York City. As she prepares for the arrival of the son she left behind in Senegal, a violent supernatural presence invades her reality, threatening the American dream she is painstakingly piecing together.

The BIG We: Panel & Launch. Moderated by Anasa Troutman, Founder, The BIG We.  Sponsored by The Culture Change Fund, Women’s Foundation California and Kat Taylor.

Curating the future from imagination to impact. Attendees will experience a thought-provoking conversation that celebrates the launch of The BIG We, a collective of creative risk-takers shaping culture through creativity and strategy. This high impact media company, shepherded by Founder Anasa Troutman and Tanum Davis Bohen, includes a foundation and investment fund revolutionizing how inspiration becomes transformation.

Following the deaths of their loved ones due to preventable childbirth complications and medical negligence, two bereaved fathers and a grieving mother galvanize activists, birth-workers and physicians to reckon with one of the most pressing yet unspoken American crises of our time – the US maternal health crisis.  Directors Paula Eiselt and Tonya Lewis Lee discuss their journey making the film and following Shawnee Gibson, Omari Maynard and Bruce McIntyre as they fight for justice and build communities of support around this issue to help drive institutional change and legislative reform.

Directors Coodie & Chike will discuss their epic three-film Netflix documentary with writer J. Ivy that features hours of fly-on-the-wall footage and paints a sweeping portrait of Kanye West, one of pop culture’s most influential figures as it captures two decades of the rapper’s life and career from his formative days trying to break through and his life today as a global brand and artist.

Writer-director Krystin Ver Linden spins a modern empowerment fable inspired by true accounts in her directorial debut, Alice, starring Keke Palmer. Ver Linden, Palmer and producer Peter Lawson will discuss using extraordinary and little-known historical facts, mixed with original and thrilling fiction, to bring to life the story of an enslaved woman who, after a daring escape from a rural Georgia plantation, soon discovers the year is actually 1973.

Filmmaking power duo The Ebo twins, Adamma Ebo and Adanne Ebo stop by the lodge to discuss their feature film debut along with the film’s stars Regina Hall and Sterling K. Brown.  Partially shot in faux-documentary style, the film is a lively satire on for-profit religion and explores both the on-camera desperation in image rebranding and the hard truths that fester behind the scenes.

Sip & Change Cocktail Event. Presented by Lionsgate in Association with Color of Change.

An intimate gathering of industry changemakers. By invitation only.

Sundance begins Jan 20th and runs through Jan 30th in 2022 and will be held virtually.