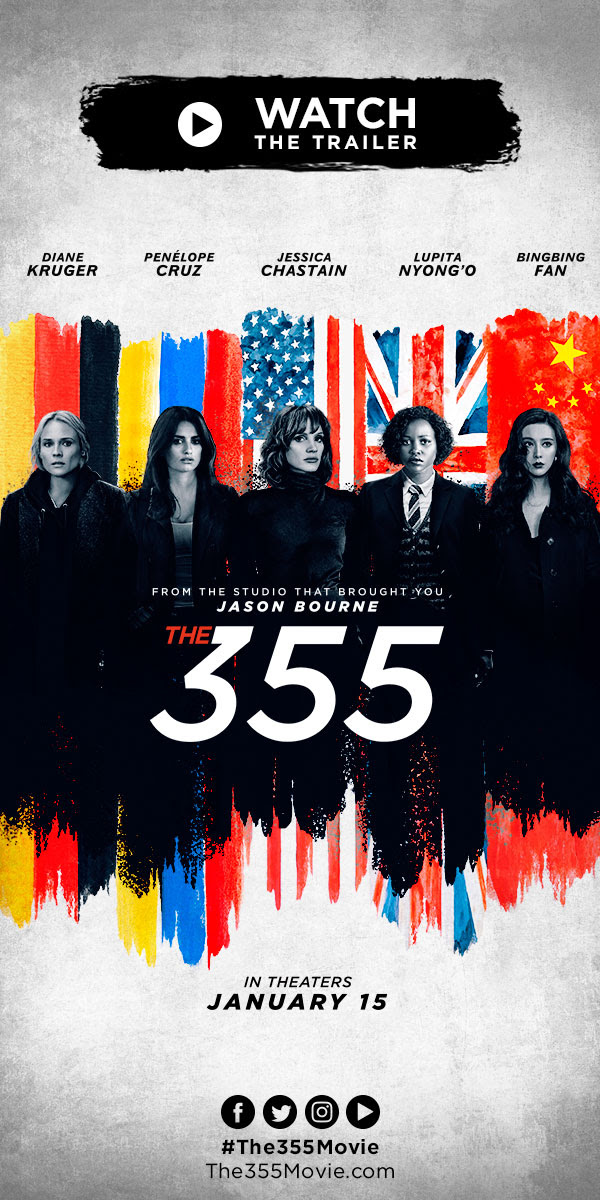 Universal Pictures has released the trailer for their latest film The 355 starring Lupita Nyong’o.

Five women band together to stop a global organization from acquiring a weapon that could thrust the teetering world into total chaos.