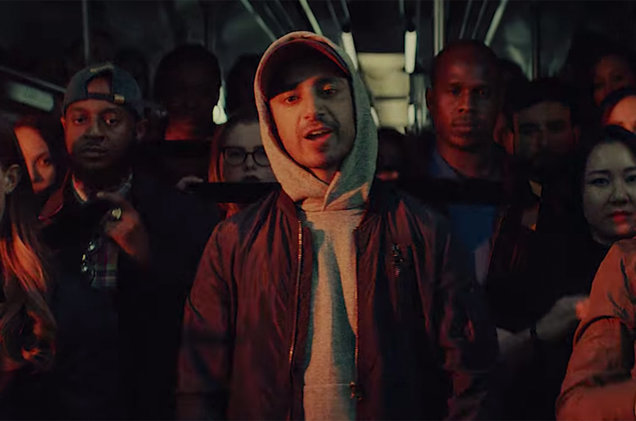 Last December, Lin-Manuel Miranda blessed us with the Hamilton Mixtape. The album contained songs from the musical covered or remixed by various artists as well as songs inspired by the Hamilton musical. The track “Immigrants (We Get The Job Done)” is more in the inspired by category. The song is based on a line from the Battle of Yorktown song in the musical. It specifically references this line from Hamilton and Lafayette: “Immigrants: We get the job done.”

The Mixtape version builds on that line, adding artists from around the world to speak not only on the importance of immigrants but also how hard it is to be one. The video drives that message home even harder. It features people in refugee camps, working in construction, in medical fields, in our orchards, and in sweatshops sewing American flags. Mexican-American rapper Snow Tha Product spits “Racists feed the belly of the beast with they pitchforks, rich chores done by the people that get ignored,” while standing in front of a faded and torn American flag. Puerto Rican rapper Residente raps about crossing the border while on top of a train where ICE agents drag people away. Fellow artists on the track and in the video include Somali-Canadian poet K’naan and British-Pakistani (and recent Star Wars star) Riz MC.

This song and this video are needed more than ever. This country was built by and continues to thrive on immigrant labor while politicians talk about them as if they are a problem to be fixed. This is a much-needed injection of pride – “Look how far I come” – and a reminder that we’re here and we’re not going anywhere.