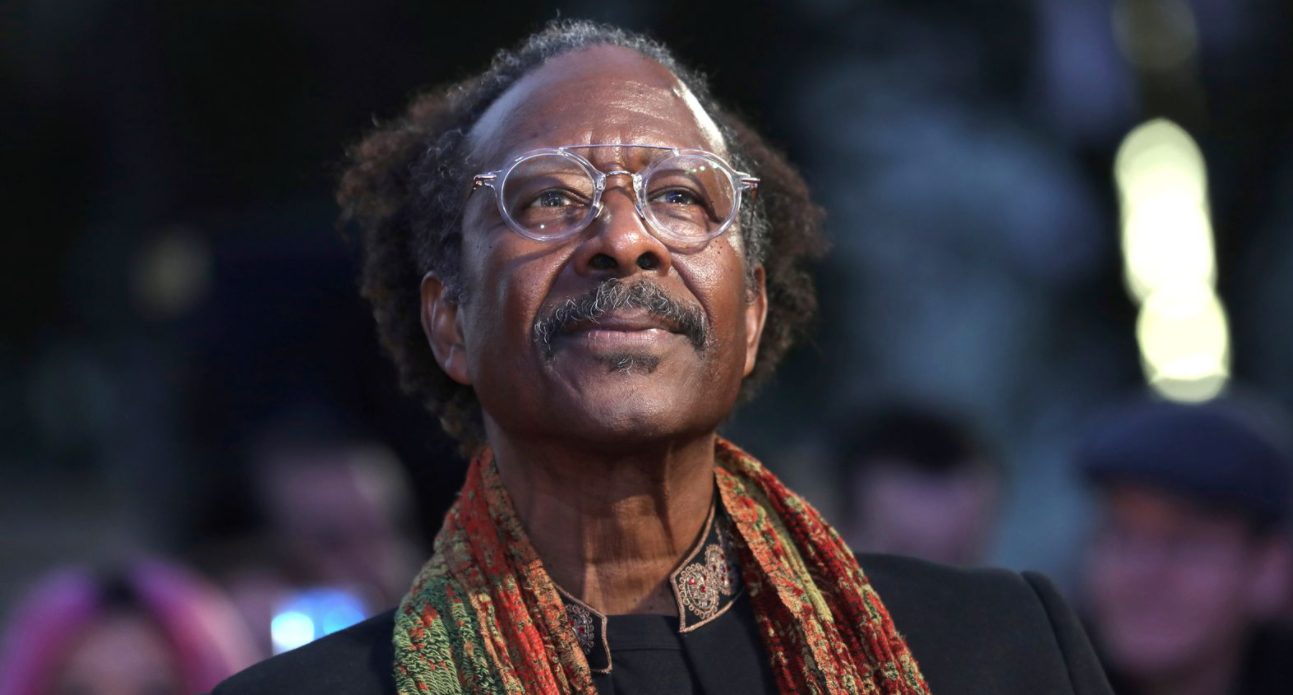 Clarke Peters’ warmth immediately radiated through the screen as he appeared. Best known for his roles in The Wire, Treme, and Da 5 Bloods, his countenance was like many of the characters he portrays. He was debonaire with a smooth voice, a salt-and-pepper beard, a Kangol, and a wooden beaded necklace — all the markings of one cool gentleman. With a charming smile, he opened the call, “Black Girl Nerds. This is something else,” at which we both laughed.

We continued to exchange pleasantries about time zones and weather. For him, it was a cool evening in beautiful Portugal; for me, a cool morning on the Georgia coastline. We fell easily into conversation about his upcoming role in La Fortuna on AMC+.

Tell us about La Fortuna and the character you play in the series.

La Fortuna is a story of a treasure hunter who meets a man of high moral quality who is not into appropriating riches from another country. I play an international maritime lawyer who tries to do the right thing. There are echoes for some people’s culture, whether it’s an Egyptian head, or anything that doesn’t belong there but belongs someplace else. I play the lawyer who tries to make sure those items get back in the right place.

La Fortuna is a fictitious ship; however, it is loosely based on the Nuestra Senora de Las Mercedes (Our Lady of Mercy). Did the role encourage you to research the legal battle over Our Lady’s treasure?

I’m afraid I’m just into telling the story. I didn’t look into the history, but what I gleaned from it was that this event did happen. There were and still are treasures sitting at the bottom of the ocean, which individuals who can afford to are stealing. This lays the foundation for further conversations about misappropriation.

What is your approach to learning and developing the characters that you play?

Well, it really depends on the character, the context, and the genre. If it’s a truly historical piece then I will have to go and do some research. I just finished playing Whitney Houston’s dad. I had to find out who this man was, and I found myself wearing him. [Makes the motion of shrugging on a coat.] I even found myself doing something I noticed him doing with his mouth. He was manipulating the body. I like to surrender to a character like that without getting lost in the madness. If it’s a fictitious piece, then I try to find something in the character that vibrates with me, that way I can bring a truth to the piece.

Very interesting to hear you talk about “wearing” a character. How does that affect you as a person?

At the end of the day we are just human beings having this experience, whether you say you’re a spiritual being having a human experience or vice versa. The sum total of your experiences is your tool bag. That’s what you call on. There’s some roles that you don’t realize are tightening strings in your emotional or spiritual side. Sometimes acting drags you into the moment and you’re vulnerable there. You’ve got to allow yourself to be vulnerable and to react accordingly. In moments like that, the actor has an epiphany about something that they didn’t realize they carry, and that is the beauty of acting. That’s where we want to be as often as we can. Theater allows us to do that; film, not so much. Theater allows us to do that because there’s no, “Alright, wait a second. I want to take that again.” This is the kind of conversation I like.

You’ve worked on stage, in television and film, and you’ve even worked behind the camera. Which is your favorite and why?

It is changing for me at the moment. The reason why is because, while I love the stage, I’m at that age where I’m just beginning to get a little nervous about forgetting lines. Film seems to work better for me in that sense, but my heart really is in stage acting. I love the immediacy of it. I love its organic communion with an audience of complete strangers and sharing something together, taking them on a trip whether you’re playing a good role or a bad role. I really like the collaborative storytelling experience. You don’t totally get that on film.

Which of the projects you’ve worked on has brought you the most joy?

Actually, every one of them has something different. In my closing statements in La Fortuna, it gave me great joy to ask those questions of, “Whatever happened to humility? Whatever happened to respect? Whatever happened to generosity?” These are questions that we should be asking ourselves today, in this climate.That was very rewarding in that respect. Prior to that, I’d say Da 5 Bloods with Spike [Lee] for so many reasons. To be immersed in that story…I don’t get a chance to do that often living in Europe — to be in my culture, to be with others, to express love in a proper way, and to work with the great Spike. I’ve been really blessed in these last few gigs to have some really good directors. I could say Harriet as well! I can’t pick one. It’s like asking who’s your favorite child? You better not answer that. [Laughs.]

What’s next in the evolution of Clarke Peters?

Well, I’m really not sure. I’m taking some time for Clarke. We’ve just moved to Portugal. I’ve got two acres of land. I’m going to grow some vegetables. I’m going to enjoy my grandchildren and my children coming for my 70th birthday in April. Then, I’ll open the gates and see where we go from there. As it stands right now, I’m happy to just be here and be breathing today.

La Fortuna made its debut as a limited series beginning January 20, 2022, on AMC+ with the acclaimed Peters playing alongside two-time Golden Globe winner Stanley Tucci.