Since its inception in 1986, Pixar has created some of the most emotionally moving animated films ever. From its first short, Luxor Jr., the story of a little lamp discovering his ability to interact with a ball, to mega hits such as 1995’s Toy Story, Pixar has taken viewers into worlds we only saw through our imaginations. Over the past 20 years, we’ve flown over fantastical landscapes in films such as Up, swam through oceans in Finding Nemo and gotten a peek at the regular lives of superheroes in The Incredibles.

With their newest project Coco, Pixar is set to once again take us to another world, this time the” Land of the Dead”. Here, we follow 12-year-old Miguel, voiced by Anthony Gonzalez, into the colourful world of Mexican folklore. Accompanied by his faithful Dante and new friends, Miguel will discover secrets of his ancestry and himself.

Coco is directed by Lee Unkrich (Toy Story 3) and co-directed by Adrian Molina (Story Artist for Monsters University). The film will be released in theatres November 22, 2017 for audiences’ enjoyment; hope to see you there! 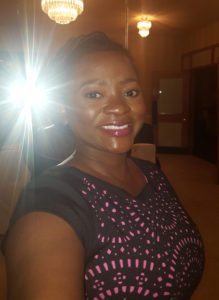 Carolyn Hinds is a Bajan nerd living in Toronto, who likes to speculate on plot theories for her favourite TV shows, and is a major fan of Jane Austen. Her favourite shows are The Walking Dead, The Expanse, and blackish, and she’ll do karaoke anytime, anywhere.