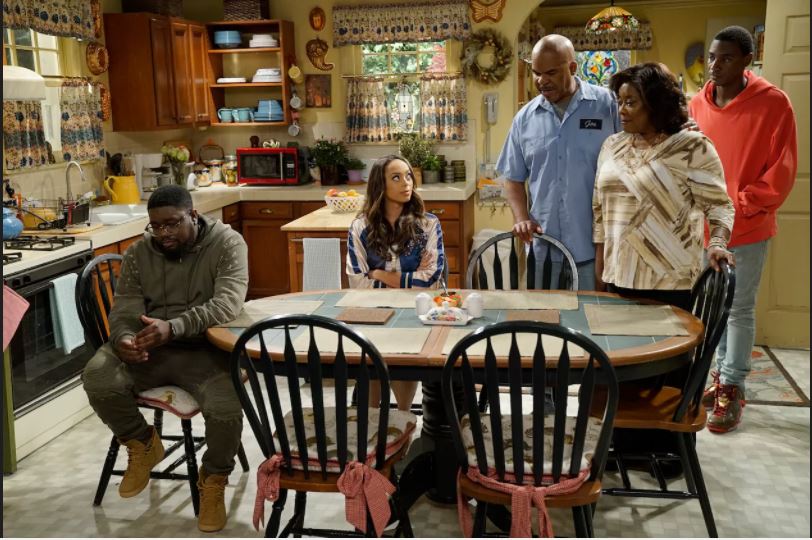 This week’s episode of The Carmichael Show looks at college and following your dreams and (*sweats heavily*) making important decisions about your future.

Bobby electrocutes himself at work and ends up at the hospital. While there he runs into an old classmate (his doctor) and starts to reevaluate his life. He decides that he’s going to attend college. Everybody thinks it’s a bad idea except Maxine who chastises everyone for never supporting Bobby. Cynthia and Joe defend themselves, pointing out that some people just aren’t made to go to school and that their actions were in order to protect Bobby.

Maxine rebuffs them and tells Bobby that he can do anything he sets his mind to and he is touched by her support. She’s 100% behind him until he says he’s going to be a therapist, just like her. Maxine is put off but pretends to continue to be supportive. Jerrod is gleeful about this turn of events and tries to push Maxine toward the truth: that she isn’t okay with it.

The next day, Joe and Cynthia come over to Jerrod and Maxine’s apartment and they’re annoyed with Bobby’s newfound confidence because he wants them to co-sign on a student loan… at 34. The loan also has a 30% interest, which if you’ve ever had a loan of any sort you know is egregious. They ask Maxine to tell Bobby that going to college is a bad idea but she refuses. She still believes in him (or so she says) and doesn’t want to be the one who crushes his dreams even if they’re wrong.

Nekeisha comes in shortly after and tells Joe and Cynthia that she and Bobby are going to have to move in with them because Bobby quit his job to go to college. Everyone looks to Maxine and she reluctantly goes to the Carmichaels house to destroy Bobby’s spirit. After a very round-about and sad conversation, Maxine tells Bobby that maybe being a therapist isn’t for him. Bobby is offended and explains in very eloquent detail that he wanted to be a therapist because much like Maxine people are drawn to his emotional intelligence. Maxine (and honestly I am) is impressed and tells Bobby to ignore her previous statement because she believes in him.

She goes back into the living room and describes in detail the harrowing difficulty of her job and that she’s confident that Bobby can do it. Upon hearing EVERYTHING that Maxine has to do Bobby changes his mind and decides to become a barber instead.

This episode resonates on a lot of levels because running into old classmates can be deflating, especially when you aren’t where you need to be. Also, for a while, I was under the assumption that the only way to a successful and fulfilling life is to go to college, and that’s not the case. College isn’t for everyone, and honestly, I don’t think Bobby is one of those people.

That being said the characters on that show treat Bobby terribly, but he’s part of the trope of the down on his luck guy that’s kind of the punching bag. I really appreciate this show looking at the concept of emotional intelligence which Maxine and Bobby have a lot of. I also love what this says about Jerrod and more specifically about his relationship with his older brother. Despite his disregard for Bobby, in some ways dating Maxine demonstrates some of the characteristics that he admires.

Episode Winner: Nekeisha calling college a scam won her this episode. She was only there for two scenes and I laugh both times, shout out to her and her trumpet.

‘The Carmichael Show’ Reaches the End of the Road