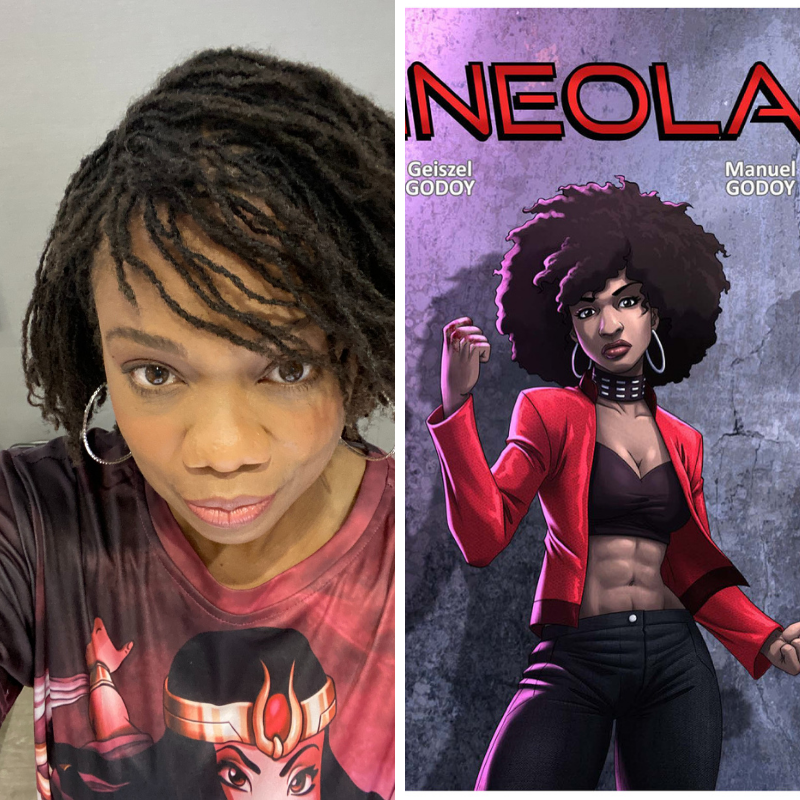 Geiszel Godoy is a mother, wife, and military veteran. Her life experiences prepared her for her journey into book publishing. She joined her husband in 2016 to establish a publishing house called Black Sands Entertainment in order to give opportunities for stories about African American greatness that were typically hidden from popular media. Over the years, she gained incredible skills on the accounting side, becoming the CFO and handling everything related to logistics and taxes for the company. This responsibility covers hundreds of thousands of dollars in potential waste and penalties if not handled properly. This is why she is a leader in the comic book space. She also wrote the titles Mori’s Family Adventures and Ineola, a new manga series for YA audiences.

Black Sands Entertainment has been selected to pitch Shark Tank for investment on January 7th, 2022. As a company focused heavily on independence, the national attention this will bring will help us avoid entanglements with the industry while developing much grander productions. We are unable to disclose any details of the premiere, but we can say that many companies that pitched on Shark Tank in the past have gone on to multi-hundred million dollar companies. This may be the single biggest moment in black entertainment history. Tune in on January 7th at 8 PM EST on ABC.

As a  trailblazer in the fight for African American representation in the entertainment industry, Black Sands Entertainment is known for creating comics and other content. Popular titles from the brand include, Black Sands, Cosmic Girls, Mori’s Family Adventures and more. In addition to this, Black Sands Entertainment has raised more than $2,000,000 from over 5000 investors when the company launched its campaigns on WeFunder. The brand has also worked with Senior Animators from Disney, Sony, Pixar, Bron, Amazon Studios, Nickelodeon, Rainmaker, among others. They receive over five million impressions a month on social media, have sold more than 200,000 units to date and now are continuing their success with the BSP Comics App.

“It’s amazing to look back and reflect on the company my wife, Geiszel and I built,” said Manuel Godoy, President and Author of Black Sands Entertainment. “It all started when we were unable to find children’s books and comics that represented our culture, and more importantly, our son and daughter at the time. Since then we have produced multiple successful comics, books and now our BSP Comics App. Given all we have accomplished, the BSP Comics App is by far the most rewarding project we have worked on considering the effect it is having on the entertainment industry and the opportunities it is providing to the African American community.”