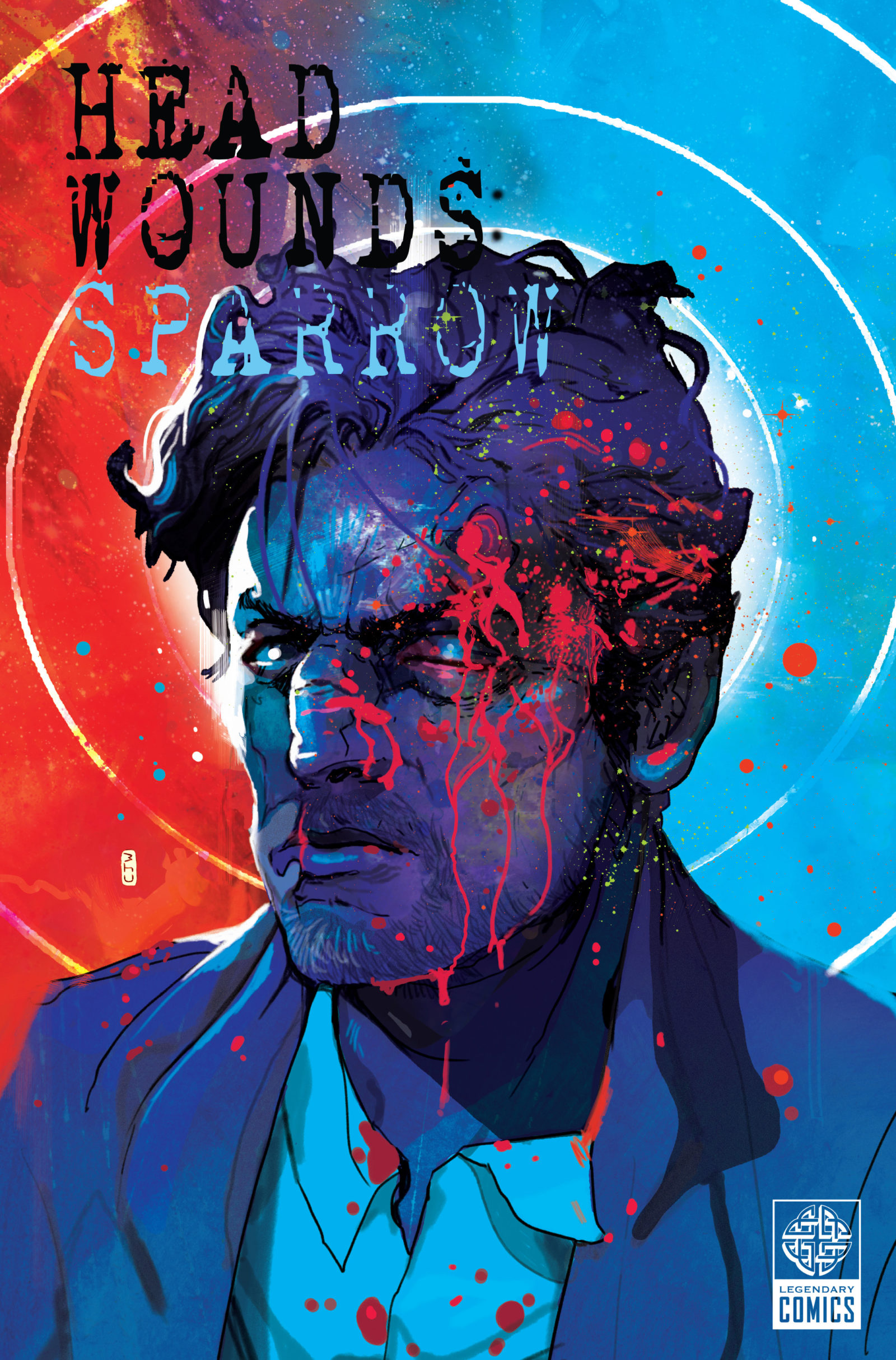 At today’s Comic-Con@Home panel, Legendary Comics announced a thrilling new original graphic novel, Head Wounds: Sparrow, from creator Bob Johnson, with story by John Alvey, and developed by Oscar Isaac (Show Me A Hero; the Star Wars franchise; Denis Villeneuve’s upcoming Dune) for his production company Mad Gene, and Jason Spire, available in stores and online in Early 2021. Leo Guidry is a bad person and an even worse cop. When he suffers a psychic head wound, his life on the edge slips into spiritual warfare. In a landscape of angels, devils, and everything in between, can a person utterly devoid of empathy find a way to overcome the forces of darkness that have infiltrated his reality? This is the world of Head Wounds: Sparrow.

During the panel, the creative team—including childhood friends Isaac, Johnson, and Alvey—discussed the deeply personal origin of the Head Wounds story. When diagnosed with stage 4 non-Hodgkin lymphoma and as a way to cope, Johnson turned to his passion of writing and created the character of Leo. Inspired by a dream, Johnson conceived the supernatural affliction that haunts Leo throughout the story and forces him to face his own past trauma and lack of empathy. Head Wounds features an original world with compelling mythology created by Johnson and Alvey that will instantly draw in readers. To watch the creative team divulge exclusive details regarding the new graphic novel during the Comic-Con@Home panel, please visit: https://youtu.be/e0KZ3GOoW3A.

“Head Wounds: Sparrow is an exceptionally powerful tale as it draws from the creators’ own life experiences, as well as their passion for the medium,” said Robert Napton, Senior Vice President of Legendary Comics. “Sometimes things come together so effortlessly, and this is one of those projects.”

“Bob Johnson has a mind and a soul like no one else,” said Isaac. “Our friendship and creative collaboration has spanned nearly three decades. I couldn’t be more excited to bring his unique and singular vision of Head Wounds: Sparrow to life with the incredible group of artists we’ve assembled.”

The full panel can be viewed here: https://youtu.be/e0KZ3GOoW3A.