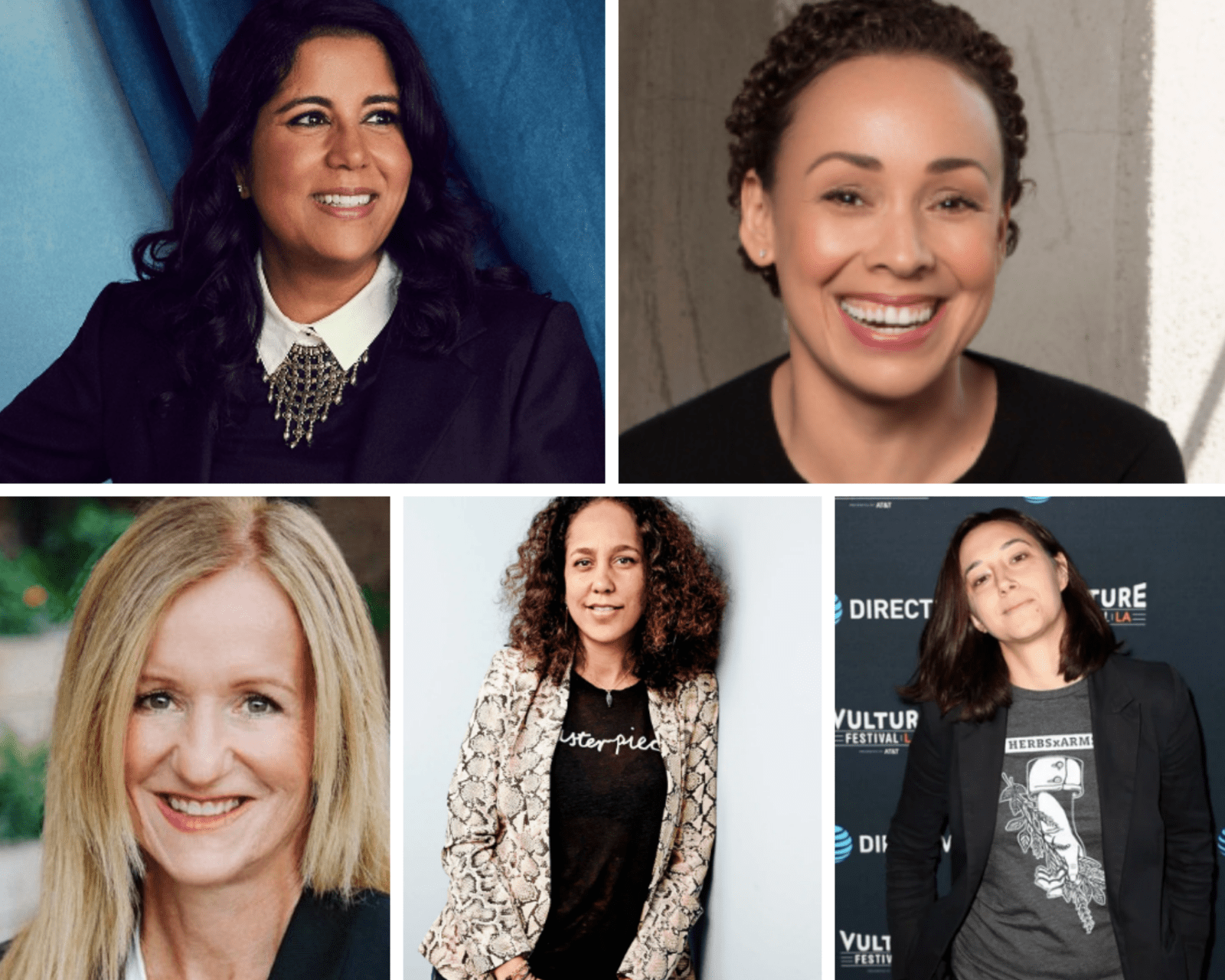 Women are killin the game in Hollywood right now from Gina Prince-Bythewood’s The Old Guard being one of the most-watched films on Netflix to Patty Jenkins being the first woman to direct the highest-grossing live-action film — about a woman superhero.

First up was filmmaker Nisha Ganatra. Before she began discussing her latest film, The High Note, a quick clip featuring actors Tracee Ellis Ross and Dakota Johnson set the tone for the conversation. When asked about what led Nisha to the script she says, ” I was attracted to the script because it had two female leads and one was of color which was especially good.”

For the director, it was inspiring to have a film about two women not being pitted against each other. The High Note tells the story of Grace Davis (Tracee Ellis Ross), a superstar whose talent, and ego, have reached unbelievable heights. Maggie (Dakota Johnson) is Grace’s overworked personal assistant who’s stuck running errands but still aspires to her dream of becoming a music producer.  Things come to a head when Grace’s long-time manager (Ice Cube) presents the singer with a choice that could alter the course of her career, and Grace must choose between playing it safe or listening to her heart in a decision that could change her life forever. She sums up her movie as a film that asks what a woman has to give up in order to succeed.

Prior to The High Note, Nisha directed Late Night another film featuring two female leads starring Mindy Kaling and Emma Thompson. Nisha noted that hiring other women has been very important since her first film.

Lauren Wolkstein directed season 3 of hit series on OWN TV Queen Sugar. Her title is the role of producing director. Many may not be familiar with the role of what a producing director is, which was a great question brought up by moderator Leslie Combemale. Lauren explained that the producing director makes sure that the writer’s vision is protected on screen. They also have a hand in making sure they mentor guest directors as well.

Lauren also revealed due to the pandemic, it was 3 days into the 2nd episode when they were shut down on Queen Sugar — March 13th. She also shed light on the workload of a producing director. Lauren wears many hats in her role and says that at times it feels like she’s working on 3 episodes at once — juggling pre-production, shooting, and post.

When balancing work/life the show has been accommodating. Lauren and her partner moved to New Orleans for the show.  She also states that she owes everything to Queen Sugar, she says, “If Ava didn’t call, I don’t know if I would be directing TV right now. It’s opened up so many doors.”

I think it’s safe to say that Gina Prince-Bythewood is having a hot girl summer. The Old Guard is breaking record numbers and she’s not slowing down. Gina is set to direct the TriStar Pictures film The Woman King starring Viola Davis.

When asked about her relationship working with Greg Rucka, the graphic novel creator of The Old Guard, she says, “I am enamored with his brain and that he creates female characters that feel different.” Greg for Gina was an incredible collaborator and she loved bringing folks from the comic book world to the film world.

Another noteworthy point to this fascinating conversation was about the idea of women directing action films. Gina herself says that she loves action films. “There is a narrative that women don’t have a desire to shoot action.” Gina further elaborated that she wanted viewers to believe these women can kick ass. She didn’t want to use stunt doubles, she wanted to see the actor’s faces in many of the fight sequences that were shot. Gina herself is a kickboxer and knows a thing or two about fighting to understand how choreography looks onscreen.

On picking KiKi Layne Gina says, “I saw a lot of dope actors.” In fact, Barry Jenkins invited her to an early screening of his film If Beale Street Could Talk. The film starred both KiKi Layne and Stephan James in leading roles. “I thought she was too soft. But when she came in for a screen test and I knew she was Nile.”

Zetna watched Excalibur many times with her Dad, so becoming the executive producer and director of the Netflix series Cursed was already in the cards for her. The moment she met with Frank Miller and Tom Wheeler to discuss the story about the Lady of the Lake and the vision behind Cursed it was a wrap.

Directing a pilot has been a goal of Zetna’s. She describes Cursed as a fantasy show of world-building from the color palette to the tone. Cursed is a re-imagination of the Arthurian legend, told through the eyes of Nimue, a young woman with a mysterious gift who is destined to become the powerful (and tragic) Lady of the Lake.

Zetna had to think about every decision and choice. And the casting was also a huge component too. She says, “We want to tell great stories and tell something that connects and resonates as well as something we see ourselves in.”

And last, but certainly not least, there is Allison Emilio, director of Reframe. She describes Reframe as the following:

Reframe measures the organic standard to fair and equitable gender balance talent that is moving forward.

Being marked with the Reframe badge gives you some major Hollywood clout and the badge currently lives on IMDB Pro. Reframe is also in partnership with Hulu.

“We have to make sure there is equity baked into representation in films and TV”.