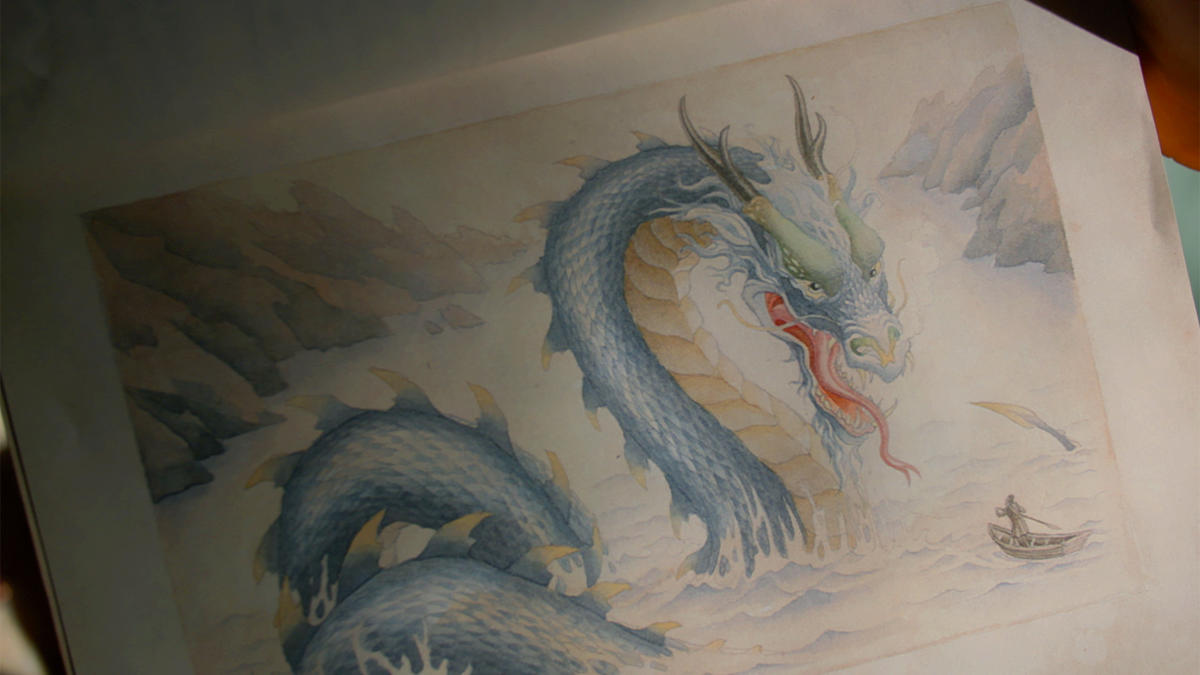 This week on the Magicians, we get a different look at Julia, we spend a lot of time in the library, and there are… dragons?

It’s cool seeing another version of Julia and finding out that she’s a knowledge student. It also explains her thirst for magical knowledge and overall ability. I see that not having a shade didn’t remove her angst, it just intellectualized it.

Eliot’s need for approval is kind of annoying. I look forward to him tapping back into his smug confidence. But hugging a rainbow sounds really interesting. It sounds magical.

I must admit that I’m interested in seeing how Penny being a Librarian will pan out. He being tasked with seeking out overdue books is sure to lead to some crazy adventures. At least he has Kady with him to help on the magic front.

Poor Fen thinks she’s going crazy. Who knew the fairies would lurk around being all weird and avant-garde looking. I get that she’s supposed to support King Eliot, but I look forward to her asserting herself more. There have been moments of it happening, especially in early episodes this season. She’s kind of plucky, but not as entitled as the guys from Brakebill’s. It’s refreshing.

I can appreciate that Quentin saw Julia’s in a drug induced high. I was wondering if those other lives would come into play in this reality, especially since they managed to defeat the beast and change things. At least Alice can be helpful and less selfish in another one of the lives.

I’m not at all surprised that ole boy from the Foo Fighters was conspiring to kill Eliot again. His overwhelming desire to be liked may end up putting people in danger.

Yeah…I didn’t completely trust the owner of Fuzz Beat with the overdue library book, but Howard killing himself was pretty aggressive. The Poison Room is probably going to come in handy for the group later. Who knew the librarians were so hard core?

I wonder why taking people’s babies is such a common theme in fairy tale lore. I’m sure things are going to get a touch ugly before they get better when it comes to Eliot’s baby.

All in all, this was a productive episode, but where the heck are they going to find a dragon?