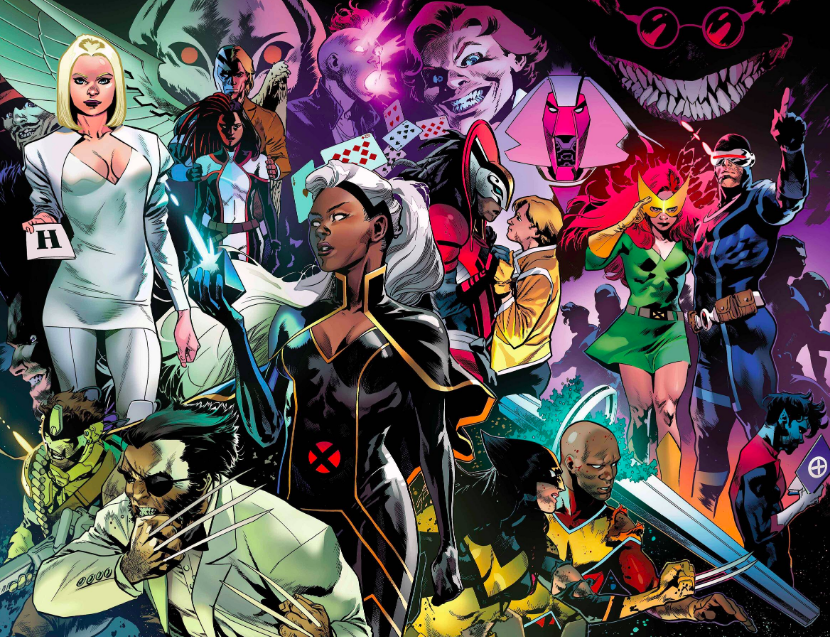 Hickman’s bold take on mutantkind began last year in the critically-acclaimed House of X and Powers of X and continued in the Dawn of X, ushering in a slate of brand-new X-Men titles that took the comic book industry by storm. Now, the saga continues in REIGN OF X, a new era encompassing the upcoming story arcs in all your favorite X-titles. The REIGN OF X will see the forming of new teams, the return of major characters, new threats brought about by classic villains, and more game-changing revelations that will alter the X-Men mythos forever! Check out what’s to come in a mesmerizing teaser image by superstar X-Men artist Mahmud Asrar!

“The REIGN OF X is upon us … and here’s a sneak peek of what it will bring! Like Dawn of X and X of Swords before it, REIGN OF X has been meticulously crafted by Jonathan Hickman and all the other uncanny X-writers of our day, and we can’t wait for you to see what they’ve cooked up!” Editor-in-Chief C.B. Cebulski explains. “In the meantime, eagle-eyed readers should take a CLOSE look at this magnificent montage of mutants drawn by Mahmud Asrar.  Everything on this image was included for a reason and will have heart-pounding pay-offs in the near future for our favorite Krakoans.  After the dawn comes the reign, and what a reign it will be!”

It all begins in December as the X-Men deal with the fallout of X of Swords and look to the future. Here’s what’s to come next month:

HELLIONS #7 by writer Zeb Wells and artist Stephen Segovia will explore the aftermath of the team’s brutal massacre in X of Swords.

Writer Leah Williams and artist David Baldeon continue to investigate mutant deaths and explore the complexities that come with resurrection in X-FACTOR #5.

Mutantkind sets their sights on the galaxy and beyond in writer Al Ewing and artist Valerie Schiti’s groundbreaking S.W.O.R.D. #1.

An old foe rises in NEW MUTANTS #14, the beginning of a wild new era for your favorite young mutants by writer Vita Ayala and artist Rod Reis.

Wolverine reunites with Maverick and Team X in WOLVERINE #8, a special over-sized milestone issue written by Benjamin Percy with art by Adam Kubert and Viktor Bogdanovic.

The search for Captain Britain is underway as Excalibur returns to Otherworld in EXCALIBUR #16 by writer Tini Howard and artist Marcus To.

X-Force will stop at nothing to protect Krakoa, even if it means interrogating their own, in the action-packed X-FORCE #15 by writer Benjamin Percy and Marvel’s Stormbreaker artist Joshua Cassara.

And Cyclops makes a fateful decision regarding the future of the X-Men in X-MEN #16, written by Jonathan Hickman with art by Phil Noto.

The future of mutantkind is here! Don’t miss X-Men history in the making when REIGN OF X begins next week! For more information, visit Marvel.com.