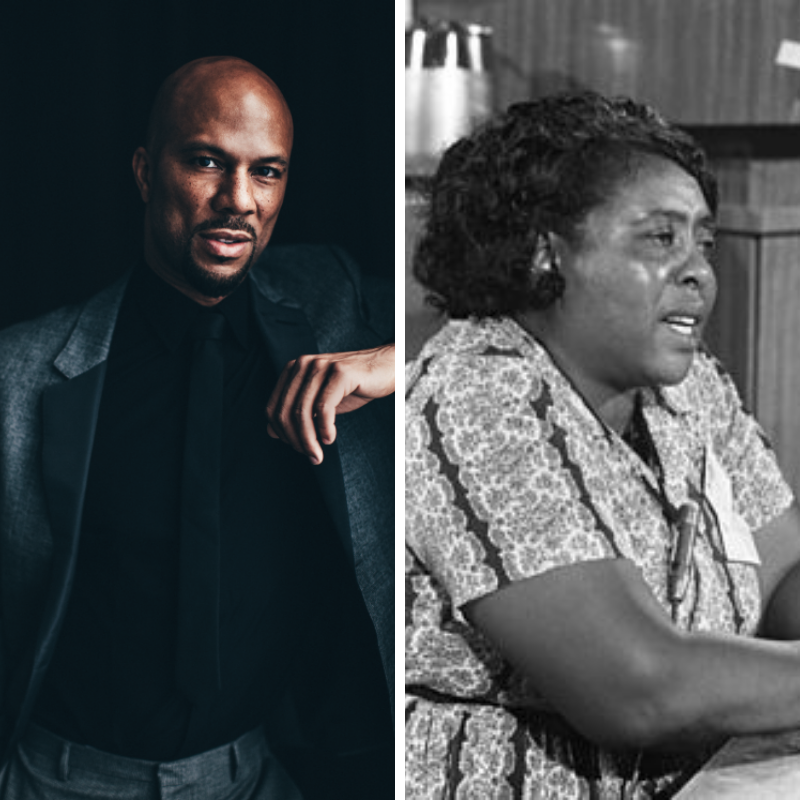 Oscar® and Grammy® Award winner Common is slated to produce the Fannie Lou Hamer biopic God’s Long Summer bringing the life of the famed civil and voting rights activist to the screen.

Common will produce with Waxylu Films and Dream Management and Entertainment, LLC. which holds the rights to Hamer’s life story along with Triumph, Inc. Based on the true story of civil and voting rights activist Fannie Lou Hamer who rises from the depths of the oppressive plantation sharecropping system in 1962 Mississippi at 44 years of age to fight against the Southern political establishment, systemic racism and misogyny by exercising her right to vote and fighting for the rights of others. Labeled as plain spoken and unfit to lead the movement, Hamer captivated the nation with her powerful voice, sheer will and faith in her fight against leaders at the highest levels of state and federal government and within the Civil Rights Movement itself to help secure passage of the Voting Rights Act of 1965.

“Fannie Lou Hamer is a revolutionary figure we should all know,” says Common. “Her story and impact is evidence that Black History IS American History. We have all benefited from her work and dedication. I feel blessed to be working with this incredible group of producers to bring this story to the screen.”

God’s Long Summer is an original screenplay by Peter J. Meli, based on To Praise Our Bridges, Hamer’s 1967 autobiography written with Julius Lester and Mary Varela of SNCC (Student Non-Violent Coordinating Committee) and the critically acclaimed book God’s Long Summer by Charles Marsh, a chronicle of the Civil Rights Movement of the 1960s through the struggles and triumphs of key actors, including Hamer.

“Honoring Mrs. Hamer with a movie about her heroic life is long overdue,” says Charles (Mac) McLaurin. “It’s impossible to talk about voting rights in America and not include Mrs. Hamer. Her story will serve as a reminder of our long history of struggle to secure voter rights for all citizens in this country, and, add her powerful voice to the current struggle to pass new voting rights legislation.”

“I hope this movie will introduce Fannie Lou to a new generation of activists and freedom fighters and inspire them to ‘keep on fighting til ‘America gets it right’, as she used to say,” says Minister Vester Townsend Lobbins. “Fannie Lou is the exemplar of someone who saw injustice and did something about it that changed her life and the lives of countless others in Mississippi and around the world.”