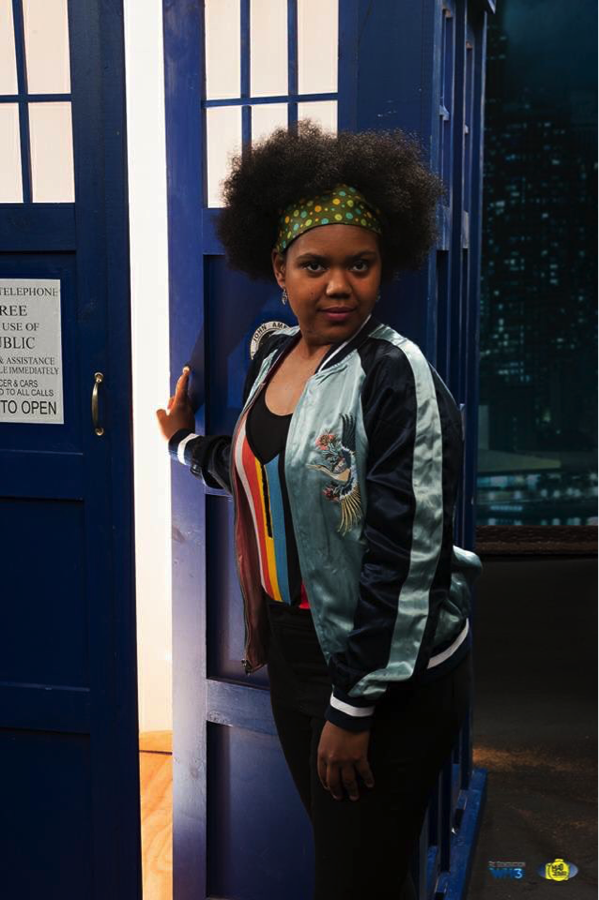 In case you missed it: Con Report: ReGeneration Who 3 Part I

The Moffat era wrapped up the Color Spectrum Overlay panel as Danny Pink, Rigsy, and the Black Time Lords (yay!) were briefly discussed. Until Bill Potts’ Season 10 debut on April 15th, most Moffat—era POC characters were one-off or a supporting character to drive the narrative for a companion like Clara Oswald. For example, Danny Pink existed to set up conflict between Clara/Twelve as she began to struggle with her addiction to TARDIS adventures and maintaining a normal life. Rigsy was a short-lived character whom Clara inadvertently sacrificed her “life” for in “Face the Raven.” And we hope for more Black Time Lords/Ladies and people of South Asian descent in future episodes!

The Color Separation Overlay crowd had high hopes for the upcoming companion Bill Potts. They hope her screen time isn’t cut short by Nardole (a second companion) or she becomes a third-wheel. Her presence seems to be bringing back fans who were disappointed with Martha’s treatment and those who have wanted more LGBT representation in the series. And, fingers are crossed for Bill to survive the transition from Steven Moffat to upcoming showrunner Chris Chibnall. The news of Bill’s sexuality didn’t hit until after the convention, but the panelists are looking forward to adding an LGBTQ WOC to a ReGeneration 4 panel to give their thoughts on Bill.

Stephanie Smith brought Red Fish Rue Fish’s customizable steel bracelets and buttons to the ReGeneration Who artist alley mix. Last year, I wrote about how the vendor area is a great place to find out more about the people behind the brands, and this year was no different. Stephanie’s decision to launch Red Fish Rue Fish was a mixture of her desire to embrace her creative expression and her love for machines from simpler times. At ReGeneration’s event, Stephanie made custom bracelets on the spot with an imprinting machine from 1959. Right now, Red Fish Rue Fish is a fun gig outside of her roles as a Mom and management analyst, but it has allowed her to bring joy to customers at conventions. Stephanie loves linking up with old friends at ReGeneration Who and soaking up all the excited, positive energy. She often has customers come back to her and express how much they love her creations. She’s a fan of Martha Jones and hopes that Bill will be a fully fleshed out character whose happiness is not contingent upon her relationship with The Doctor.

ReGeneration Who attendees not only rocked out in panels but with cosplay as well. I saw multiple Marthas running around at different times as well as a few Bills, Doctors, and even a TARDIS.