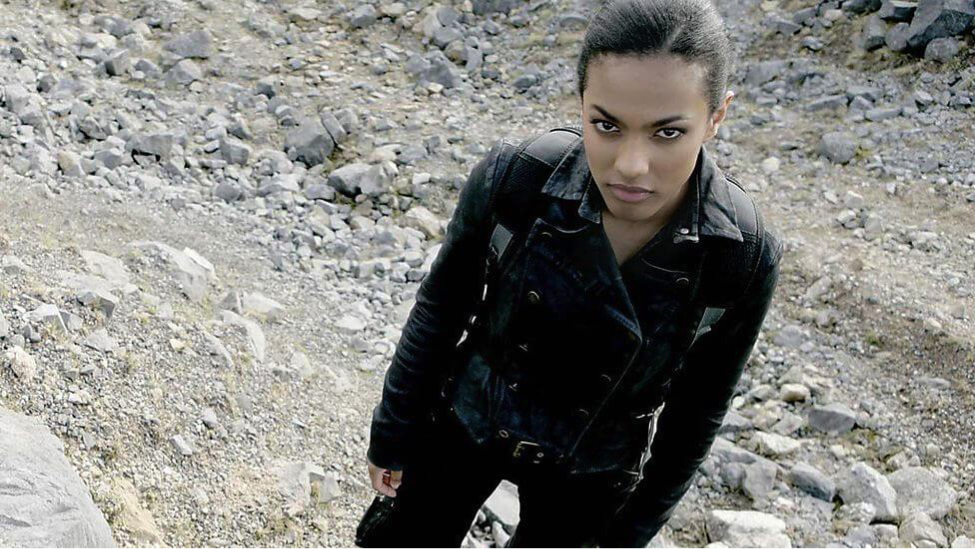 Fan-run conventions have become a staple in nerd culture over the past 25 years. Almost every city in America seems to have an annual multi-genre meetup and/or several events geared toward a specific fandom or entertainment interest. Most cons offer something for every type of fan – gamers, cosplayers, debaters, collectors, comic readers, and partiers. And although some fan-run conventions like Atlanta’s DragonCon have become huge and highly entertaining productions, smaller cons are a perfect place for people to have a great time and form lifelong bonds in an intimate setting.

ReGeneration Who, a Maryland-based Doctor Who convention, has captured the hearts of Whovians in the mid-Atlantic area and beyond since its first show in 2015. The convention was co-founded by Oni Harstein and James Harknell, a married duo who decided to use the successful formula from InterventionCon, their convention for geeky creatives, to start a Doctor Who-centric event. As a Doctor Who fan and a writer, I’ve been a press patron at ReGeneration Who since the inaugural event. The 2017 convention embodied the “third time’s the charm” phrase as the con founders and staff listened to attendee feedback and made major changes to create their best event to date.

ReGeneration Who 3 relocated from a venue in Hunt Valley, Maryland to the Renaissance Baltimore Harborplace Hotel in downtown Baltimore. According to Oni, the change was made to secure an event space with updated technology and a location that was accessible via public transportation. Most of the convention, including the panel rooms and vendor area, took place on one floor of the hotel, so there was plenty of space for attendees to wander around, stop for a chat with old friends, set up podcasts, and display their cosplay. The convention’s layout was also ideal for attendees with mobility issues and gave them the space they needed to safely navigate the con. Previous years’ guests were primarily Classic Who actors, but this year featured a few modern Who faces including Ingrid Oliver (Petronella Osgood), Catrin Stewart (Jenny from the Paternoster Gang), and Neve McIntosh (Madame Vastra). The ladies’ appearance was a pleasant treat for newer Doctor Who fans who came out in droves to see their favorite supporting characters.

This event took place from March 24th-26th and had a noticeable uptick in the presence of people of color in every area of the convention – attendees, staff, and panelists. After being at the event for three years, it was a change that may have been subtle for other attendees, but a major (and welcome) shift for me as a Black woman. There are lots of Black Whovians in the DMV and it was a pleasure to give them a smile/nod in solidarity as we wandered past each other in the halls. Oni’s mission to make ReGeneration Who a truly inclusive, safe space and her intentional focus on seeking women of color to cover the event and work behind the scenes helped to get the word out to more people of color.

“…cons should be a safe place for all people, all cultures, all colors, and all genders…no one needs to fear being “different” at my events.” – Oni Hartstein, ReGeneration Who co-founder

A few months ago, programming department head Craig Cobalt reached out to fans of the convention (known as Regenerators) and asked for panel submissions about the topics they wanted to discuss. The response was overwhelming and – according to Craig – approximately 80% of the panels were fan suggestions. Unique topics like “Evolution of the Companion: A Feminist & Progressive Perspective,” “Deep Thoughts (About The Doctor),” and “Comfort Food Episodes of Doctor Who” provided an opportunity for fans to talk about character development or reveal the episodes they watch when they need to escape the world. I was fortunate to be on the latter two panels, both of which featured other people of color (besides myself) to bring an intersectional perspective on Doctor Who outside of the diversity/inclusion panels. People of color in fandoms have opinions and analyses of their favorite shows that extend beyond the diversity conversation. Our perception of and reaction to storylines is different because of our own experiences with bigotry, passive-aggressive behavior, and stereotypes. And, we love the fun stuff too – like what shape the TARDIS would take in modern day London if the chameleon circuit was fixed. [Editor’s Note: AMEN to those last two sentences!]

Another fan panel, “Color Spectrum Overlay,” was created by Amanda Rae Prescott to highlight non-White characters on the show. Prescott was joined by Joy Piedmont, an Asian-American New York teacher/librarian and myself (Tai Gooden) as we looked at Doctor Who’s hits and misses in terms of how they handled characters of color. The conversation briefly touched on the Classic series and focused on several examples of both subtle and overt racism against Asian characters. Prescott thought The Talons of Weng Chiang was the worst example of racism in Doctor Who, but she quickly turned to Joy to get her perspective on the issue. While Joy – who had the most Classic series knowledge – said that Talons was an episode she had to watch several times before getting over her visceral reaction, she believed the overall story was actually great and attempted to reflect the time period but it was inexcusable to have White actors portraying Asian people. Joy said there are at least three other stories from the Classic series which were much more racist toward Asian people. For her, casual racial references in stories like Time Flight are the most upsetting forms of racism. In the story, a character named Khaled is wearing Chinese robes, has gray skin, and speaks with an Asian accent for no discernible reason. Kalid was a troubling appropriation of Asian culture for no valid reason. Joy’s analysis of Asian people in Classic Doctor Who was a necessary viewpoint that Amanda and I as Black women could not fully address.

The modern series took a larger bulk of the time because Doctor Who began to include more Black characters. Dr. Martha Jones, the first full-time Black companion, sparked a lively conversation with the audience as the panel talked about several episodes where the character faced racism or made reference to her race. There was also a discussion about The Doctor’s reactions to these situations. The Shakespear Code showed The Doctor’s oblivion toward Martha’s concerns about traveling in the past during the times of the Trans-Atlantic Slave Trade. He simply tells her to walk around as if she owns the place – an easy answer for a man who presents as a White human male. The panelists also debated on Shakespeare’s interest in Martha and if it was just flattery or related to the fetishization of Black women.

Human Nature/Family of Blood showed Martha disguised as a maid at a boarding school and facing a human Doctor who treated her as expected during the time period. But, Martha still stood against Joan, who questioned her intelligence as a Black woman, by confidently naming all of the bones in her hand and convincing her to help John Smith become The Doctor again. The Doctor places his fate in the hands of Martha by giving her his essence in a fob watch and trusts her to take care of him, which allows Martha to be the voice of reason and true heroine in the story.

Everyone noted how important it was for Doctor Who to address Martha’s race instead of writing her through a “colorblind” lens similar to Mickey Smith, whose race wasn’t addressed during his time on the show. The room also agreed that Martha received a lot of unfortunate backlash from viewers for a multitude of reasons. Many Whovians were emotionally invested in her predecessor Rose Tyler, who was the first companion for many new fans. Shippers loved the Rose/Tenth Doctor dynamic and were determined to hate anyone who came after Rose, so they were not willing to give Martha a chance. And, fans who rejected romance in the series, were rolling their eyes at Martha’s unrequited love for The Doctor. The Doctor (and apparently the writing team) had a lingering hangover for Rose which resulted in Martha being undervalued and positioned in Rose’s shadow for the majority of her run. But, the saddest reason for Martha backlash came from a section of the fandom who simply didn’t want to see an educated, resourceful, and courageous Black woman who was a doctor in her own right in the TARDIS.

Out of all the modern companions, Martha exhibited a higher level of agency, particularly in her exit from the series. She had a close relationship with her family and a clear career path before The Doctor came along, so she didn’t necessarily need him to “save” or “enlighten” her through their travels. She simply wanted to have some adventure and made a choice to leave The Doctor after her family was subjected to servitude by The Master and she walked the Earth to save him. She didn’t have to be forced away or killed off and her decision was made with clarity and confidence. She finished her studies, became a Doctor, and eventually went on to be a badass freelance alien hunter. And, The Doctor himself admitted regret over how he treated his brilliant companion. Martha often gets left out of convention conversations about great companions, so it was nice to have a panel to discuss her legacy. All hail the woman who walked the Earth!