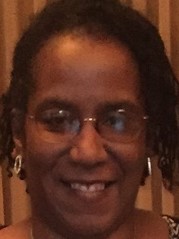 Born and raised in Gary, IN, the youngest of four children, Lisa D. DeNeal has 25 years of
experience as a writer. An alumnus of Roosevelt High School, in Gary, and, Calumet College of St. Joseph in Whiting, IN, she started her career in 1993 at the Gary Crusader, a weekly, Black-owned newspaper, for two years. She then joined the daily newspaper, The Post-Tribune of Northwest Indiana, where she freelanced as a correspondent, and, columnist for 20 years.