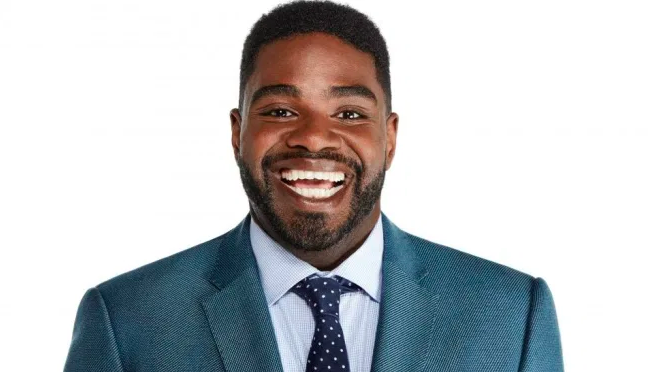 Trolls: TrollsTopia Season 2 is now streaming, and BGN had a delightful conversation with the multi-hyphenated actor Ron Funches who plays Cooper on the popular children’s television program.

Tell me what Cooper is excited about this season in the world of TrollsTopia?

Cooper is mostly excited because he has a family. He’s found his mom and dad, he’s got a brother, and that’s enough for Cooper right there, to not be alone. When we last saw Cooper, he felt different. Where all the other Trolls had two feet, he had four. He was more handsome than all the other Trolls. He was wondering why did all these things happen to him? Now he’s got a family. I just gotta say personally one of the true disappointments of the pandemic was that I didn’t get to go to the premiere. When I found out that my parents were going to be Mary J. Blige and George Clinton?! I flipped out! George Clinton is one of the reasons I got into stand-up comedy. And who doesn’t love the queen? And my mom… My mom was just like  blown away. Hopefully we will meet in person soon, someday.

In the new season, the Trolls are discovering new communities?

Yes, in the original Trolls, we thought we were alone, and now we see that we were only one of many. Now, a lot of these characters that you saw from the second movie and some new characters are coming in to expand this new world of TrollsTopia.

How different are the Troll tribes from one another?

Some are very different. TrollsTopia is really based on musical genres, like classical can be different from electronica, but at the baseline we’re all music, we’re all human beings, we’re all worthy of love and attention. That’s what I think the show and Trolls in general is trying to get across. Diversity can be a strength, not something just to be tolerated, but a strength, something that makes us stronger. So I’m happy to be a part of it.

What can TrollsTopia teach kids about cross-cultural friendships?

One of the best blessings I received was the fact that I traveled around a lot when I was younger. I didn’t think it was a blessing at the time, but it allowed me to meet different people of different backgrounds and to get rid of some prejudices that I had and to learn that people are all people. There’s good people and jerks of every race and creed. At the heart of it, it’s one of the main themes in TrollsTopia, right? That you are stronger the more types of people you know. The more you put yourself outside your comfort zone, the more you learn, the more you grow. And that just is the truth in life, right? If you just keep to one group in one area, that’s usually how we see these prejudices sneak into your brain. Because you’ve never been outside of that. You’ve never had experiences with other people. I think that’s very important to have friends of various backgrounds so you know more than just your story.

Why do you think the Troll universe has so much appeal right now?

I mean, it’s just magical! It’s colorful, the animation is just beautiful. The 3D animation style is fluid, just gorgeous. The characters, there is someone for everyone. You can be a Poppy, you can be a cranky Branch, you can be a weird, fun Cooper, and the others… and the music, there’s really catchy songs. What parents and kids really get out of the show, one of the missions of Trolls, is to let parents reintroduce the music that they grew up with to their kids. So you get some of these older songs that a lot of kids’ movies wouldn’t touch, but we do in order to have that conversation. So we can inspire young people to be interested a little bit more in the music instead of just “kid’s bop”  all of the time.

What do you love most about voice acting?

It’s fun, silly, and usually quick. I get to wear pajamas usually. I love that. It’s non-exclusive; I can do a lot of different things. Voice acting allows me to still be a child, to play around, and to use my imagination a lot. I’m just in this little booth. I read the script and follow it along in my head and act it out as if I were in the world of the script. I love being a stand-up comedian. That’s such a powerful form. But my ability to make people’s day as a voice actor in character is really cool. I just got a call a few weeks ago from a friend of mine whose kid was in the hospital. I hadn’t talked to them for years, and they were watching the Troll movies to get their mind off of things. My friend said this was one of her and her kid’s favorite movies, and she just realized that I was Cooper. She told me her daughter loves the character and how much the show means to her right now. So I made a little voicemail as Cooper and told her daughter how strong she is and how everyone in Troll Village is rooting for her. Then my friend sends me a video of her daughter coloring and up in the bed saying, “Tell Cooper I’m okay!!”

What are the top three bits of advice you’d give to anyone interested in voice acting?

Just center your gifts. When I first got into voice acting, I got into class and figured it out. I’d say, honor your opportunity, be proud of your instrument and prepare. The best thing about this voice acting is that my voice is something that I used to be mocked for. I was made fun of, because of how I sound, especially as a young Black kid growing up on the south side of Chicago. So, I would say, always take whatever you consider to be a weakness, what people are making fun of you for, whatever makes you unique, and know that often is the source of your strength. I get the biggest kick out of thinking, “Well, people used to mock me for my voice and my voice is one of if not the main reasons why I own this house.” I love that.

All six episodes of Dreamworks Trolls: TrollsTopia Season 2 are now streaming on Peacock.