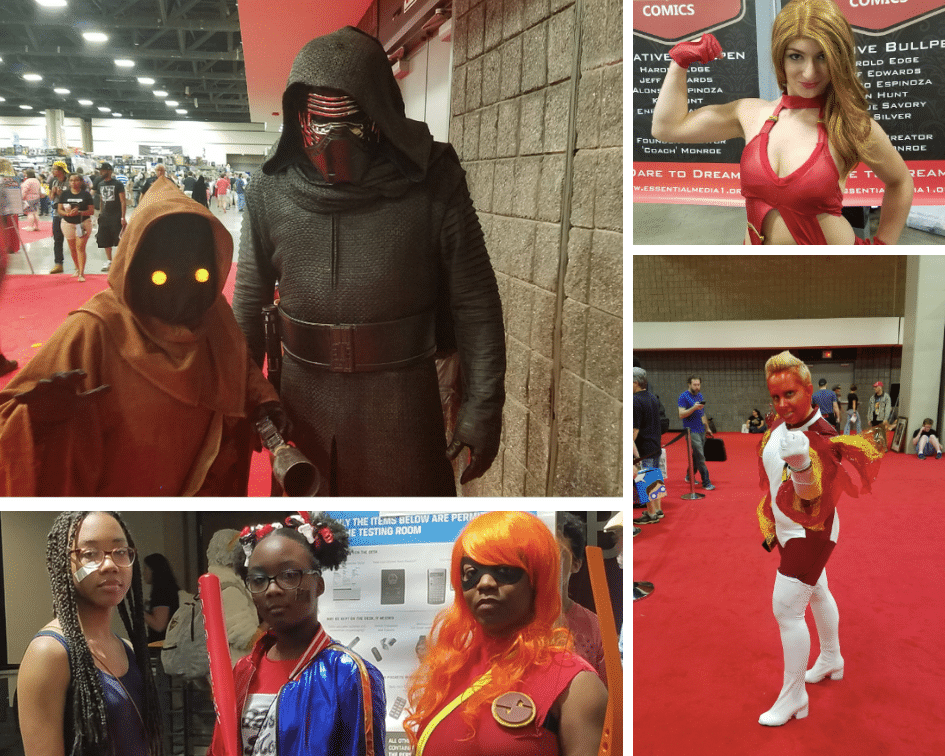 Being in the DC-Maryland-Virginia (DMV) area, I am fortunate to be close to a lot of larger cities hosting heroes conventions, covering most of the fandoms and of varying sizes.

A lot of the larger conventions are working conceptually towards a big-size fits all fandoms, and there is definitely merit to that. However, it’s the mid-sized ones that remind me of why I like going to conventions. With the large ones, it seems that you need to coordinate the length of the bathroom lines with your convention activity app to ensure you get to attend some of the things you want to do. With a mid-sized convention, like the Heroes Convention (Heroes Con), the signing times on the artists tables and the panel question-and-answer sessions tend to dictate your schedule.

Heroes Con is held in the Convention Center in the “Queen City,” Charlotte, North Carolina. The convention center is relatively compact but perfectly sized for this con. The joy of not needing an 8”x15” floor map to find the panel rooms was really nice. Of course, that joy could also be a product of the centrally located Starbucks, but whatever. At my last con of this size, I was underwhelmed by the costume play (cosplay). However, at Heroes Con, the cosplay was strong and it was great to meet some of our BGN followers in costume. You go, girls! 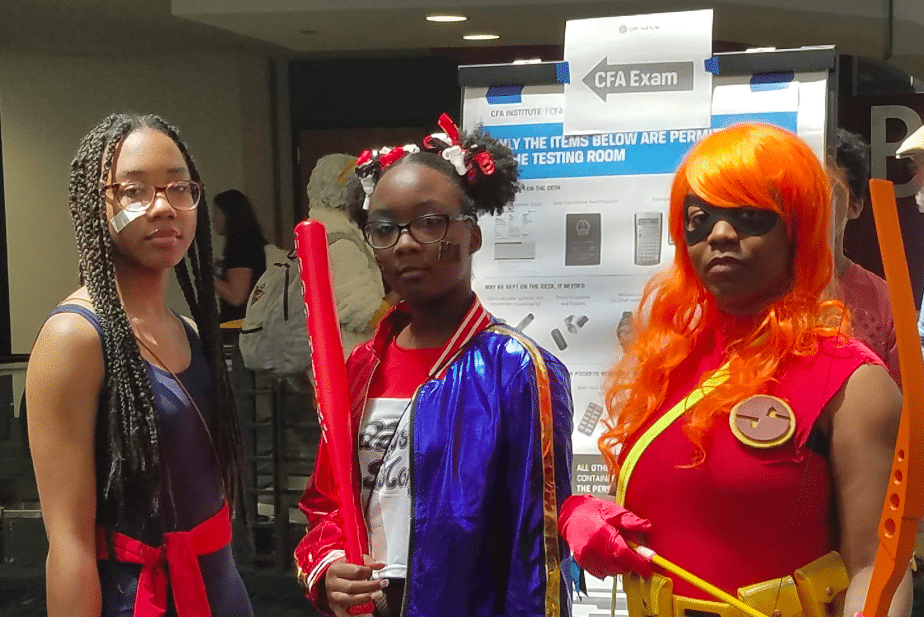 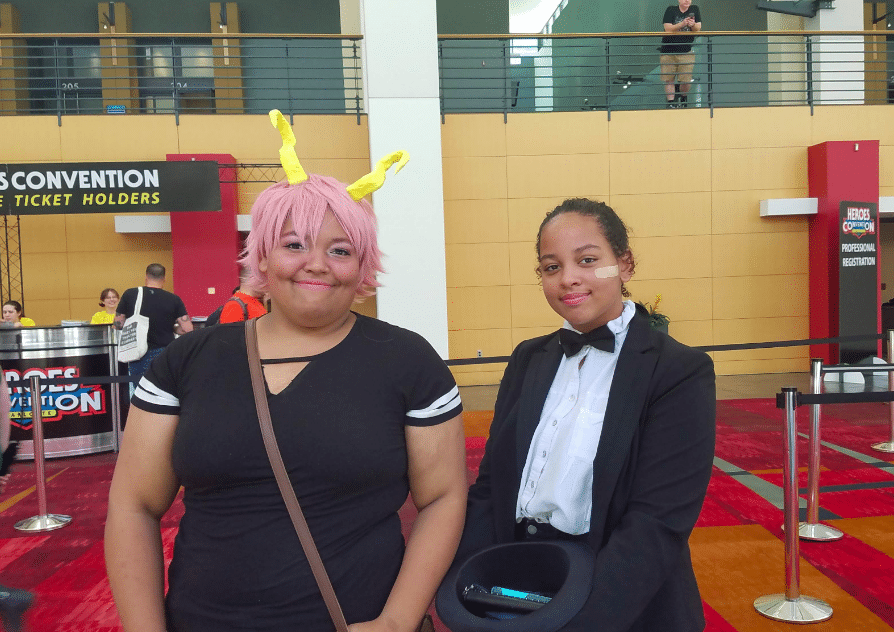 A family member hosted me for my first visit to the Heroes Con, and upon my returning from the first day, a couple of questions were asked. “What exactly is it, and what do you do at a comic book convention?” I found the questions intriguing. Heroes Con is a great model of what a good con is like. Most mid- to large-size comic book conventions have an exhibit floor and various conference rooms that host panels of varying topics. The floor has a series of booths, which are typically separated into those businesses with comic books or comic-themed items to sell, another area with replicas, and what is commonly known as an artist alley: a collection of tables where the creative team of individuals (writer, penciler, inker, colorists, letterer, and some editors) necessary to publish a comic can be found. At the convention, you can get them to sign your comics, get a quick sketch, or even commission the artist to do a sketch. You can sometimes find particularly iconic artists and writing teams with tables next to each other. 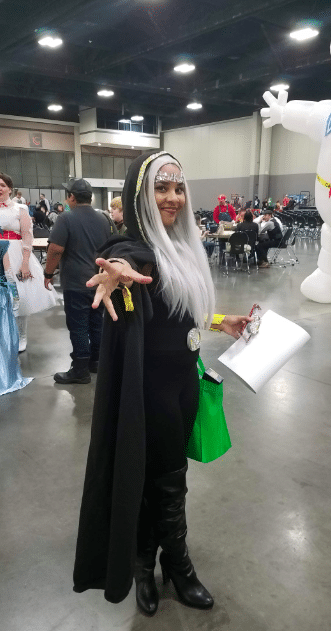 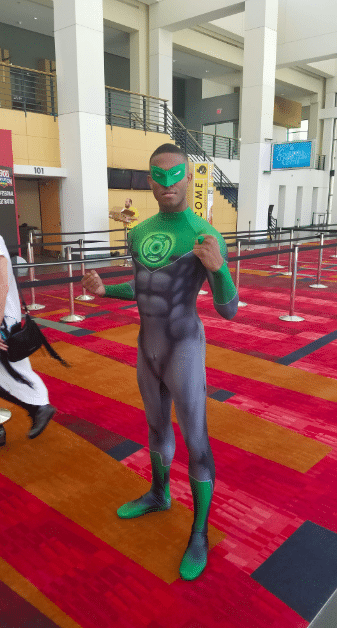 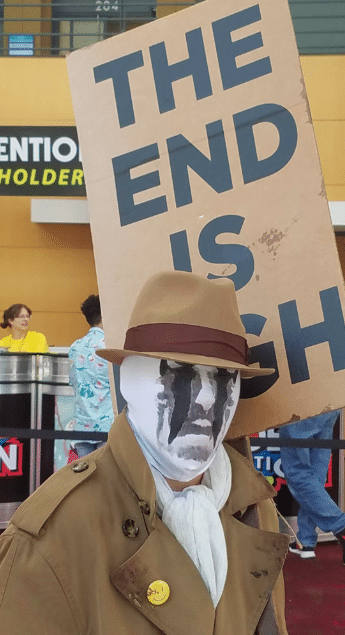 At Heroes Con, several of these teams were there. I mean — Mike Zeck and John Beatty. Can you say Captain America Annual #8, anyone? Then there was Robbi Rodriquez and Jason Latour of Spider-Gwen fame just around the bend from Wonder Woman variant artist Jenny Frison. Skottie Young was at the front of an artist line that basically cut artist alley in half every day of the con. Other well-known artists like Bill Sienkiewicz and Brian Stelfreeze made appearances. Of course, as a true Cloak and Dagger fan, I was most taken with the iconic of artists in my fandom who drew the first limited series of the series in the early 1980s, as well as a myriad of other great titles. 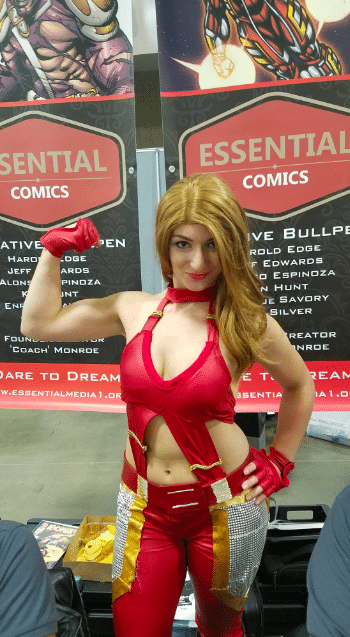 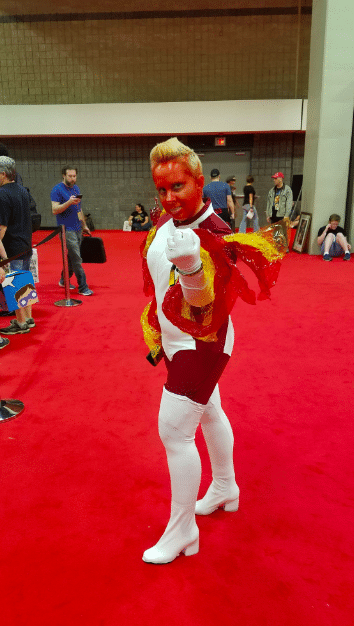 My credit card spent more time over at the booths for online purveyors who sponsor ratio variants: incentive covers for comic shops, if a certain number of the trade cover comics are ordered. Shops can also sponsor artists to do special variants available primarily through that shop. There was one booth that had Clayton Crain signing some of these special variants. Booths like these are good places to find special convention variants. Also, it is not unusual to find independent publishers with their own titles. It’s interesting to get to see some of these indie titles early in the development stage before they hit the shelves of the comic store. Often you can find these publishers on a platform like Kickstarter. Other times an artist may have ashcan comics, which are promotional concept books of an idea or title an artist is working on. A lot of fun can be had searching the aisles for these types of comic gems. I did find one indie publisher; keep an eye out on BGN for our interview with their founder “Coach” Munro and a review of their title Quantum. 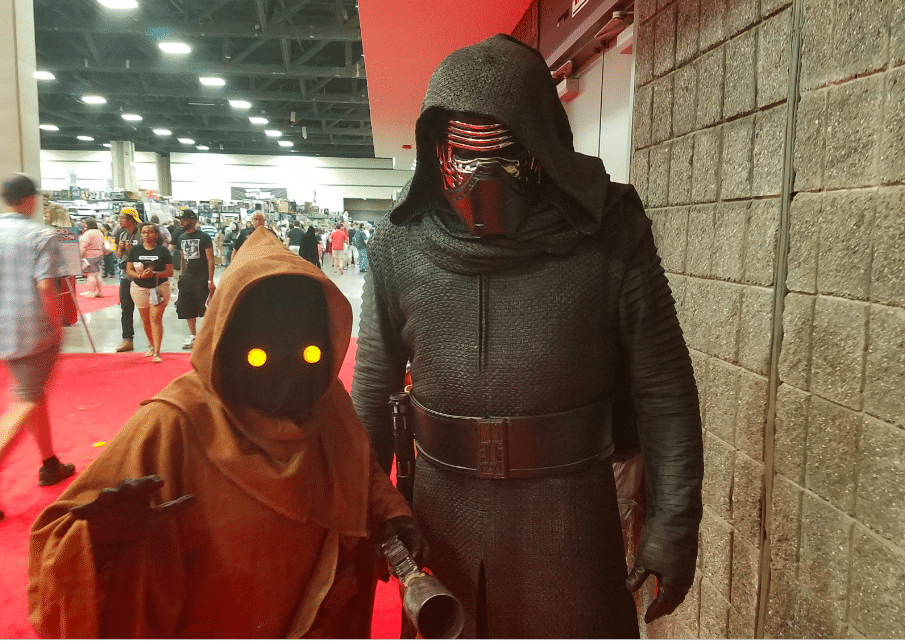 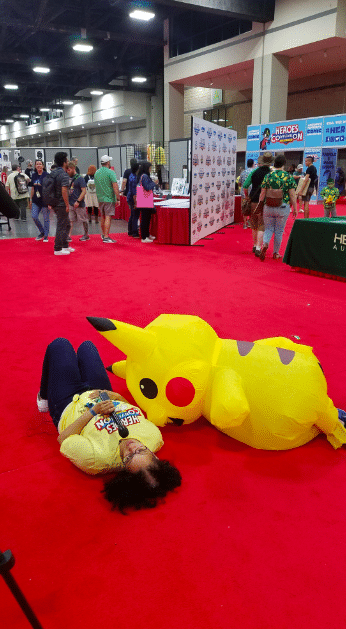 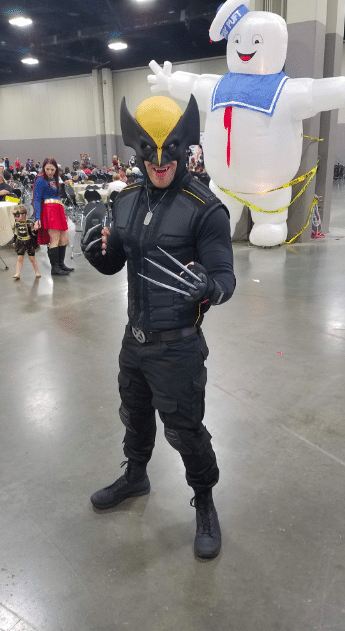 A great deal of the conventions seem to promote the diversity of their fandoms covered or the photo ops with their special celebrity guests, and I enjoy every minute of them. One advantage is that there is a little something for everyone. At Heroes Con, with the exception of face-painting and a balloon twister off to the side, there was not much for the elementary-school aged. But there is something to be said for a pure comic book convention, stocked full of comic books, the people who create them, and those of us who love them. Which is why I will be traveling the I-95 corridor next year to attend Heroes Con next year. See you there!

E.Angel is an engineer and holds a BS in electrical engineering from North Carolina A&T State University. In her spare time, she works at her comic book store — Brainstorm Comics and Gaming — when she is not writing. She’s a real nerd who loves all things Star Wars and Star Trek and is an avid gamer. E.Angel can be reached at e9of10@gmail.com or on either game platform as Bunnehs Sister.