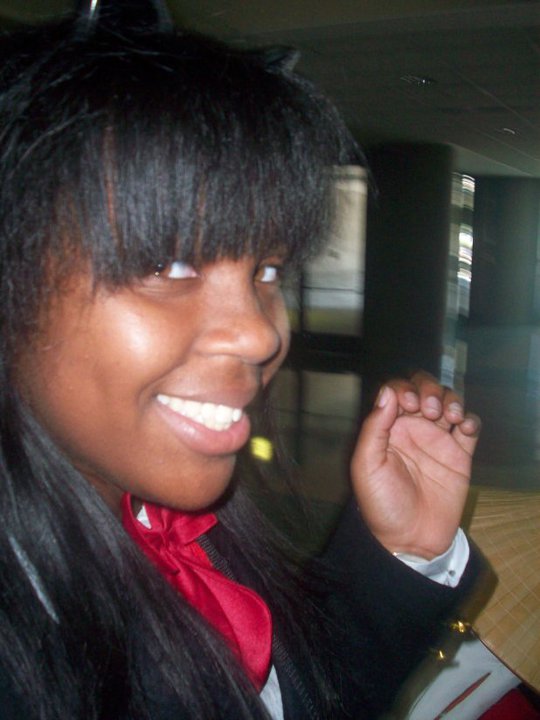 I remember the first time I cosplayed.

I used to frequent anime conventions or more specifically Anime Expo in Los Angeles. Nearly every year of the five years I attended, I cosplayed. Cosplaying is essentially when a fan of a show/book/movie/etc dresses up as a character from that work.

My third year in attendance, I scraped up about $90 for a Gogo Yubari costume. I then spent another $50 making sure I had every other necessary item. This is a tiny budget for a cosplay. I made sure I purchased the perfect shoes and socks. I prayed for flawless skin. A month before the convention, I even had my sister cut my hair into bangs, just to make sure my hair was as authentic as possible.

When completed, it was as close to the original character as I could achieve.

At Anime Expo, I did not stand out. I was happy to just be there and be in costume. Then, one man grabbed my arm, pulled me aside, and began to loudly ask me what character I was supposed to be. His voice was louder than what was necessary to be heard over the crowd. Several heads turned to watch the exchange. I told him who I was, and with one more look up and down, and a frown, he walked away.

Whenever a person of color experiences belligerence while cosplaying, I think of that interaction.

Black cosplayers have it hard. While parts of the cosplay community can be open and welcoming, there are still very vocal groups who will harass cosplayers of color with racist insults or shun them entirely.

A recent article focused on the backlash faced by cosplayer Krissy Victory for her cosplay of the popular Overwatch character, D.Va. In the game, D. Va is traditionally Korean, but Krissy paid homage to the character’s way of dress without emulating the character’s physical features–such as skin tone. Even with the tasteful, and quite frankly, artfully done portrayal, Victory experienced hostile responses which she documents on her Twitter account.

Victory’s experience not only brought out racism in the cosplay community, ut also viciousness within the Black community.

On June 15th, a tweet began to circulate accusing women of color cosplayers of being “bed wenches.” *

The idea that a cosplayer would spend months and hundreds of dollars preparing to portray a character specifically to gain the attention of White men is ludicrous. Yet, while the comment was misinformed and dripping with misogynoir, it speaks to a larger issue in the community: otherness.

Yes, there are Black women in the cosplay community who date outside their race. There are also Black men who do the same. Moreover, there are many Black couples who cosplay as well. The problem is not interracial dating. The problem is an ignorance that seeks to villainize people for their nonconforming interests. It causes us to point fingers and accuse one another of not being “—- enough”, never mind what that “enough” entails.

Black people know what it is like to be an “other.” For centuries, we have had our otherness weaponized against us as we have strived to overcome, and show that we are no different than anyone else. The category of “other” makes the unique and different seem threatening and perverse.

As much as that aforementioned interaction with that stranger stays with me, it is not imprinted on me as strongly as the looks of bewilderment, shame, and anger received from Black people outside of the conventions. I endured those looks every year I attended.

It becomes a problem when we must defend ourselves from the idea of “otherness,” not only from the outside, but internally as well. The treatment of “otherness” makes spaces like BGN necessary. By the divisiveness within the greater community, we are forced to create spaces that allow us to freely express ourselves and make connections with others who may share our interests.

As for what to do when we face adversity, Krissy Victory’s words at the end of her YouTube video response summed it up well: “Do the characters ten times harder. Do it again. Do different versions. Do it more.”

If you’re going to do something, do it freely. Do it fearlessly. Do it damn well.

*A term to describe a female slave who reverts to sexual acts to gain favor with her White, male master. Lately, it is used to describe Black women in romantic relationships with white men.

Going In-Depth: A Seat at the Table: The Importance of Black Representation in Nerd Culture