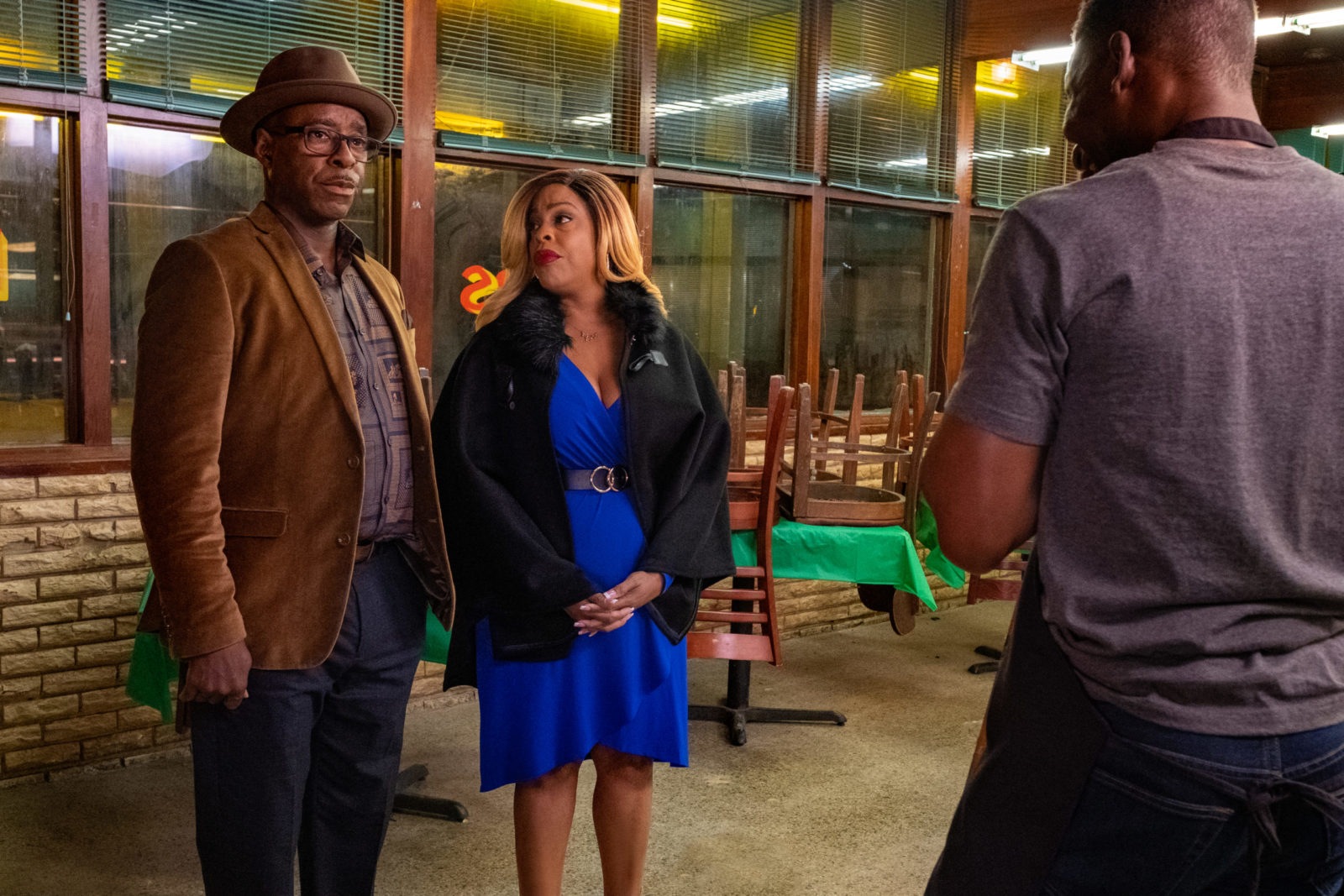 Set in Memphis, Uncorked is the story of Elijah (Mamoudou Athie) a 20-something young man with a penchant for wine.

Dividing his time between, a local wine store and his parent’s BBQ business, that passion ultimately becomes a desire to become a sommelier. Elijah’s father Louis (Courtney B. Vance) expects him to lead the long-established family BBQ business and continue their legacy in the community and perhaps expand into an additional location. As a result, Elijah finds himself trapped between pursuing his own goals and taking ownership of the family business.

Ahead of the Netflix premiere of Uncorked, Black Girl Nerds had the opportunity to speak with the veteran actor. Vance shared some of the similarities between Elijah and his pursuit for his sommelier license, and his own personal journey as an actor. However, Vance found his own father to be more supportive than his character of Elijah’s father Louis.

“[Louis] is coming from his relationship with his father and what he was required to do,” Vance says. “But with every succeeding generation, the choices become broader. At least they should. Being a sommelier wasn’t an option. His father couldn’t even fathom that. But for Elijah it was an option.

“My mother was a librarian for 30 years, my father managed a store that burned down during the riots in Detroit. But my summer camp counselor worked at Detroit Country Day School as a teacher and let my father know I should apply for a scholarship. That’s when the world opened for me. I didn’t know anything about acting. I didn’t even know that was a possibility for me.”

It wasn’t until his aunt attended one of his plays that he really knew that acting was in his blood. Hearing her reaction to his performance not only inspired him to work harder at the craft but at balancing all of his life commitments. However, like his character Louis, his own parents offered support but didn’t push for him to give up everything in pursuit of the arts.

“The second play I did,” he relates, “my auntie came to see me and she said, ‘Courtney, you should do this!’ That’s when the lightbulb went off, and my passion started to grow. My parents tempered that with some, ‘You still have to bring some money in here during the summer,’ so I cleaned toilets and delivered papers. Meanwhile, I was riding my bike back and forth to Boston because I got an apprenticeship with the Boston Shakespeare Company and ultimately became a member. So, there it is. They were supportive but in a pragmatic way.”

Starring alongside Vance and Athie is Niecy Nash (When They See Us) as the matriarch of the family, Sylvia. In typical motherly fashion, Sylvia works tirelessly at supporting the family business, her husband, and her children. As Vance reflected on their on-screen moments, he likened their chemistry to jazzy musicians and called their back and forth banter natural and smooth.

“Once we got our rhythm laid down, we can riff on it,” Vance says. “And that’s just jazz. That’s how the jazz musicians do. What’s your core progression? Would you go, ‘Okay. All right. All right. Let’s see what happens’? And then they play. And that’s what we do. It’s like a good bottle of wine, like my man Mamadou was talking about.”

Uncorked is the feature film directorial debut for Prentice Penny, whose most recent work includes HBO’s hit show Insecure, where he serves as executive producer. Vance recalls his own personal enjoyment from watching Penny usher in his first major project without having to confer with multiple people as he does in his showrunner duties. The result was a finished product rooted in realness and authenticity. It’s that realness that gave the cast the freedom to improve upon what was already a great product.

“[Penny is] a servant leader,” says Vance, “and he sets up a world where we all can make his idea better. He’s used to being collaborative because he’s a  showrunner in the television world and there’s a lot of hands in the pot. So, our film was a breath of fresh air for him and a shift. He had to realize, ‘Whoa, there, there’s not a lot of people, it’s just me.’

“For him it was the release that he literally didn’t have five writers and some associate producers and two or three heads of the show with their assistants and all of their reps in there. So, this was wonderful and very challenging. Basically, what I’m saying is, I love him, in a nutshell.”

It is that love that makes the Elijah and Louis story like many Black men out there — strong, supportive and there when it counts.