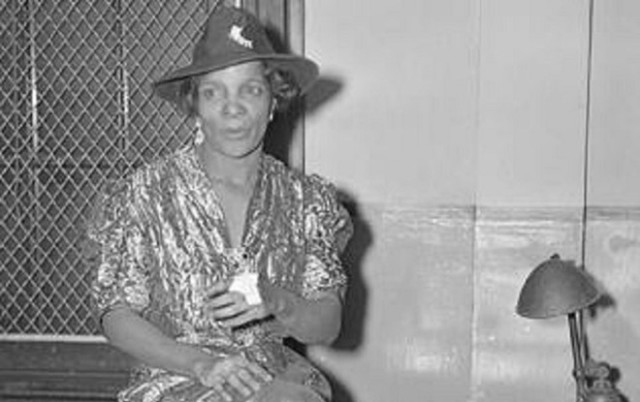 Who is Stephanie St. Clair?  She’s one of the most notorious crime mob bosses during the Harlem Renaissance who ran numerous criminal enterprises in New York during the early 20th century. St. Clair fought against other mobsters to maintain her independent business and was also considered an activist for the Black community at the time. She was a sole independent operator and never came under Mafia control.

According to Deadline this week, it was reported that Stephanie St. Clair is finally getting her story told over at HBO. Nicole Asher has been hired to script the story about the woman who was an immigrant from the Caribbean and ended up running something known as the Policy Bank — which really was the precursor to the American lottery system. Asher (Coco) is the same writer who wrote the Madame CJ Walker story — a limited (10-episode) series with LeBron James and Octavia Spencer.The project is based on book The World of Stephanie St. Clair: An Entrepreneur, Race Woman and Outlaw in the Early Twentieth Century Harlem by Shirley Stewart. Asher, an African American screenwriter, as we noted is penning the screenplay about the woman known as “Madame Queenie” or just “Queenie.” Story (through his The Story Company), Mark Holder and Christine Holder via Zero Gravity and Jeff Field are all executive producers. The co-executive producer is Doug Griffin (The Story Company).

You may remember when Cicely Tyson played Stephanie St. Clair in the 1997 film Hoodlum.

We look forward to following this story!