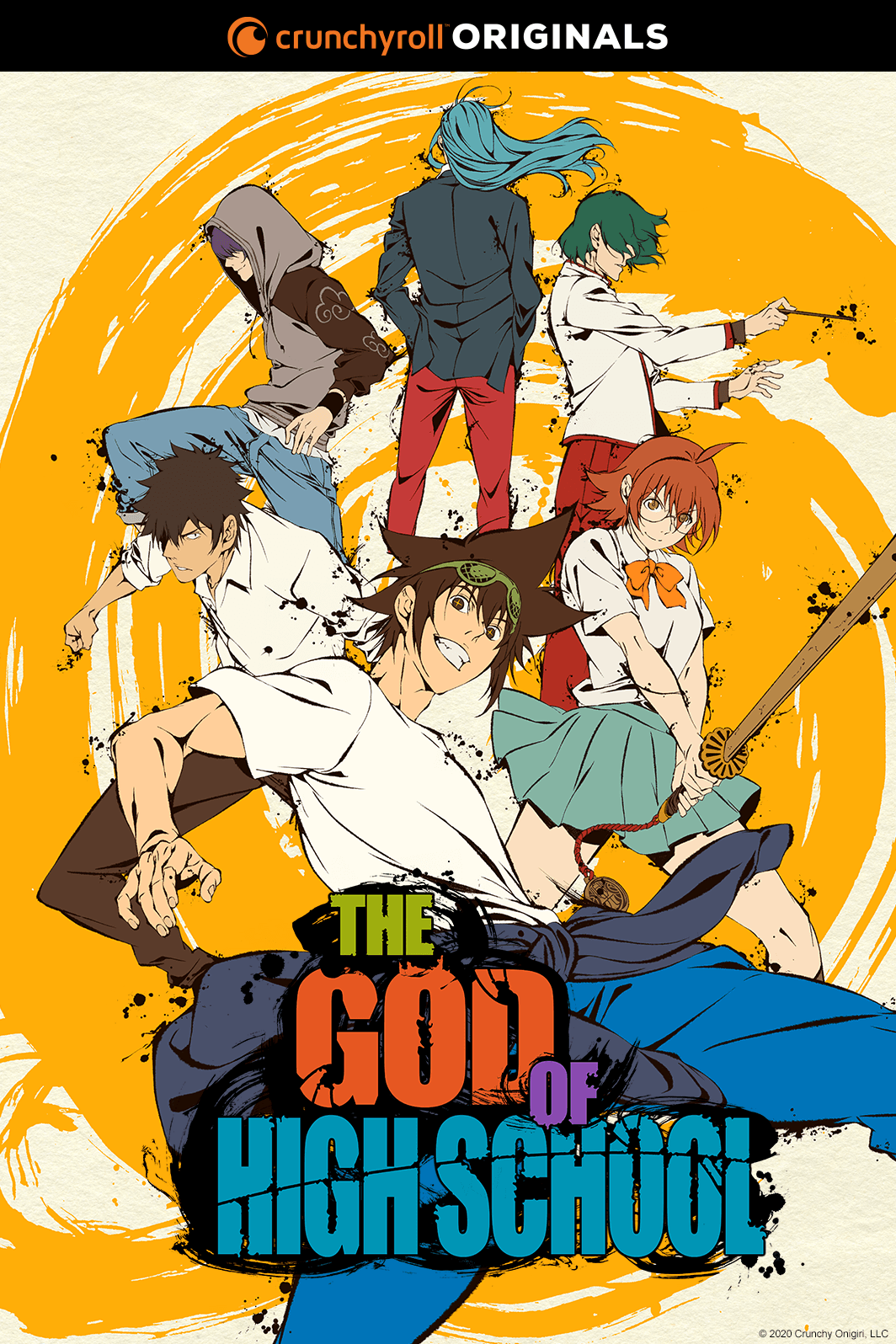 Today, Crunchyroll has released a brand new trailer for the upcoming Crunchyroll Original series The God of High School, along with introducing the voice acting cast for the main characters.

Within the trailer, fans will get an action-packed introduction to Jin Mori, the carefree, easy-going protagonist of the series who loves to fight using Taekwondo, Han Daewi, a compassionate Kyokushin karate user who values his friends, and Yoo Mira, a Moonlight sword user determined to carry on her family’s tradition, as Crunchyroll teases the tournament to come. Character descriptions for each can be found below:

Jin Mori: A sixteen-year-old whose taekwondo, which he learned from his grandfather, makes him undefeatable. Nothing is more important to him than being the best fighter of all, and his current record out of 299 fights is 297 wins and 2 draws. He decides to participate in the God of High School tournament, an interdisciplinary martial arts competition, after suffering the first loss of his life against Judge R, one of the tournament’s judges.

Yoo Mira: The 25th Master of the Moon Light Sword Style. She pretends to be a fragile high schooler, but she has the strength to easily overpower an entire group of delinquents in a fight. She prefers guys who are macho, because she’s been told that she needs to marry a man strong enough to help her resurrect her family’s sword style. For that reason, she’s participating in GOH to find a potential husband.

Han Daewi: One of the Mad Cows, a duo that once controlled the entire Gangnam area. He’s been working part-time jobs to pay the medical bills for his partner in the duo, who fell ill with an incurable disease, but the part-time work available to high schoolers is barely enough to cover the daily medical bills and won’t cover a cure. He joins GOH after being told that he can save his friend if he wins.

The main cast for the series will be as follows:

Jin Mori will be played by Tatsumaru Tachibana. Previous credits include:

Han Daewi will be played by Kentaro Kumagai. Previous credits include:

Yoo Mira will be played by Ayaka Ohashi. Previous credits include the main roles in the following series:

Jin Mori will be the breakout leading role for Tatsumaru Tachibana, who was primarily active in the theatre and stage industry before The God of High School.

The director for the series will be Sunghoo Park who previously directed “GARO -VANISHING LINE-”, and worked on many titles including“Yuri!!! on ICE,” and “Terror in Resonance” in various roles.

The character designer will be Akita Manabu, who has previously worked in key animation on a variety of titles including Kakegurui, Terror in Resonance, Kids on the Slope, and Rage of Bahamut among many others.

The God of High School is an action-packed series that follows a high schooler and his friends as they compete in an epic tournament, borrowing power directly from the gods and uncovering a mysterious organization along the way… With the promise of their heart’s deepest desires, motivating their tournament victory.

The series is based on The God of High School comic created by Yongje Park and published by WEBTOON.

Animation for The God of High School is produced by MAPPA.

The God of High School will premiere exclusively on Crunchyroll this July.