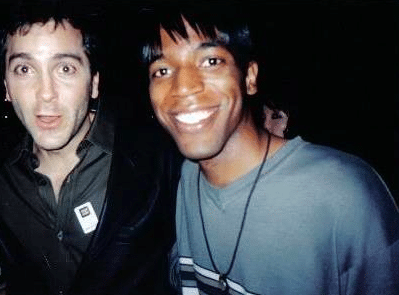 “Be very careful whom you allow to tell your story. Good intention does not equal good witnessing.” —Son of Baldwin

“Why don’t LGBTQs just come out and be open and honest?” “Why aren’t there more LGBTQ artists and creators?” These are questions I hear far too often, questions that infuriate me to no end. Not when they’re asked in good faith by people who are genuinely trying to learn, obviously. However, these questions are often posed by fauxgressives for the sake of performative ally theater.

Virtually under the law, LGBTQs face a disproportionate degree of oppression, be it the court system, violence against Black trans women, or even housing and workplace discrimination.  Then people have the gall to wonder there are so many struggling with abuse, addiction, mental illness, poverty, and suicide. This is also why the media and progressive storytelling may be the only lifeline for so many LGBTQs. However, speaking your truth to power as an LGBTQ (especially of color) is often an uphill battle. To merely exist is often deemed an act of war.

So for those of you who wonder why there aren’t more LGBTQ content creators of color, this is your answer. Most of these bigots aren’t Trump supporters, Sad puppies, or Incels, but white fauxgressives who claim to champion social justice. Bigotry, specifically racism, in social justice is a time-honored tradition.

This is why stories and those allowed to control them can make the difference between life and death. A sobering fact that I know of firsthand, which is why I will always be grateful to the Showtime series, Queer as Folk. 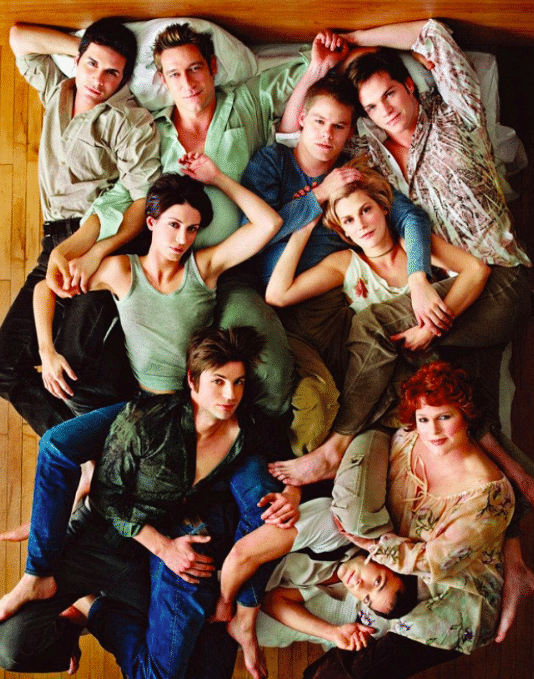 Based on the British series of the same name that was created by Russell T. Davies, the five-season hit series follows a group of gay friends in Philadelphia. The show pulled no punches in its depiction of life in the gay culture. From an artistic storytelling standpoint, QAF is without question one of the greatest television series of all time. In terms of commentary, QAF was to urban gay culture what HBO’s The Wire was to Black inner cities. Both showcased the harsh complicated realities that pervade their communities with complex and compelling characters. 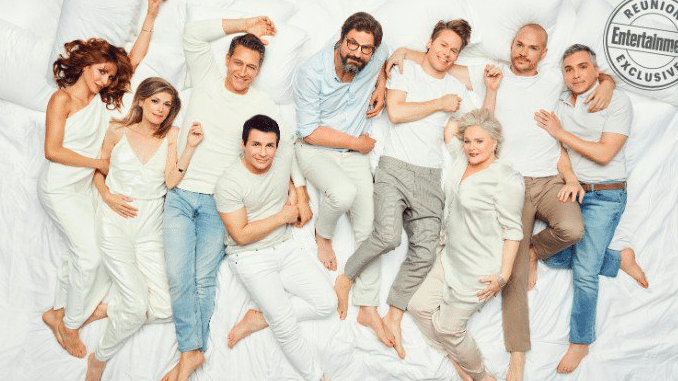 Typically, the moment I share my thoughts on the series, a pedantic colonizer will whitesplain how my opinion is wrong because the show lacked diversity. Yet lack of diversity is never an issue for them when it comes to Will & Grace, Downton Abbey, Game of Thrones, BBC’s Sherlock or any of their other problematic faves. I agree that the dearth of PoCs was one of QAF’s biggest flaws. Hopefully, the reported reboot will remedy that issue. But as my wise beautiful buddy Aminah Khan, once explained, queer PoC are often forced to take our victories where we can find them. It’s already next to impossible to find decent narratives with nonwhite heterosexual protagonists. Nonstraight Black men, for instance, are generally reduced to “down low” gangbanging Mandingo savages or over-the-top gossipy flamboyant caricatures who serve as the punchline for every homophobic and racist joke. We aren’t afforded the humanity and complexity in our depictions as white queer protagonists are.

So I’ll take QAF rather than suffer a racist series with more “diversity.” The L-Word, Looking, Orange Is the New Black, Glee, and Empire are reminders that visibility and tokenism do not equal progress.

In retrospect of how QAF was an unlikely blessing, I had just relocated to Atlanta for art school and to explore life as an MSM. Shortly thereafter I met a group of friends who would eventually evolve into my family, including my best friend and True North. Our Sunday ritual was to meet up and watch the latest episode of QAF. Even today, it’s rare when I’m allowed to be out in a safe space. Many aren’t as fortunate. While I learned much from each of the show’s characters, the one I connected with most was Brian Kinney.

Played by the gifted and handsome Gale Harold, Brian was the resident badass of Liberty Avenue. Tough as Achilles with the swagger of James Dean, while Brian was white, his pragmatic characterization often coded as a PoC with a background that was all too familiar. A child abuse survivor and a fellow Catholic, Brian’s true power lay in that he learned at an early age to become his own superhero. As many Wakandans learn, Brian knew he had to be twice as good to get half of what he was owed. It was fitting that he would later be the inspiration behind the superhero Rage. Brian was often the lone voice of reason about the harsh realities of being a minority. Too often his sage words were dismissed by his peers, who were too naive and too simplistic because of white privilege, only to later be proven right.

Perhaps one of my all-time favorite scenes was when Brian was complaining about the discrimination he was enduring at work as a gay man, and his frenemy and attorney Melanie rightfully checked him and reminded him that gay or not his hardships didn’t compare to those of a woman or a person of color. He was still a white man and more privileged than most. 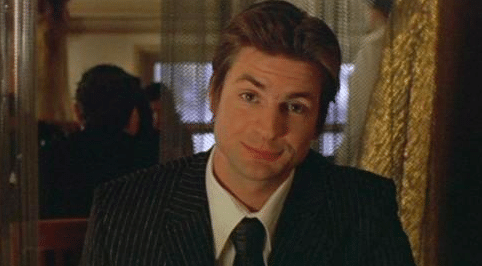 Whereas most (cis white) gay campaigns, stories, and initiatives are rooted in LGBTQs proving that they are worthy of the validation and acceptance of heterosexuals, Brian was the antithesis of all things respectability politics. Unapologetic, he had no intention of explaining or proving himself to anyone, least of all his oppressors. Watching a masculine gay man claim his power from his oppressors was revolutionary for the same reasons watching a shackled Eli Rowan Pope on Scandal explain concisely why his captor, President Fitzgerald Grant, was inferior to the leader of B-613 was groundbreaking.

Another groundbreaking aspect of QAF is how the showrunners addressed religion. While the series tackled corruption in the church and how bigots exploit Christ’s teachings to justify their evil, it also showed that for some of us, being gay and Christian are not mutually exclusive. We are all God’s children, and we are all a reflection of God’s image. How can we reflect God if we don’t love ourselves? This is a lesson reinforced by a True North of mine. That message probably saved countless lives. I know it saved at least one. 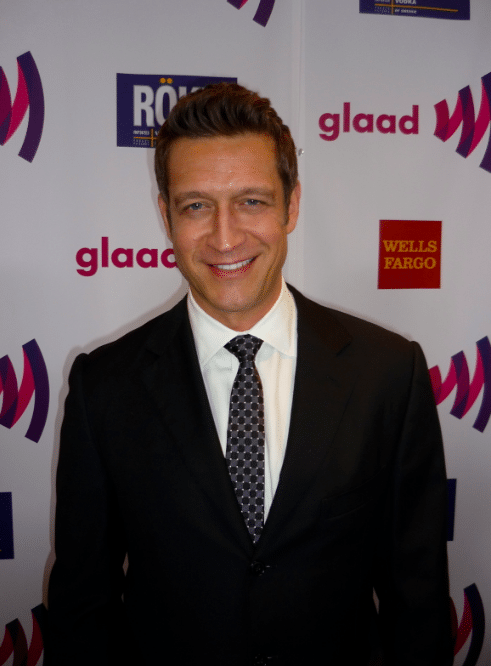 However, the most profound meta testimony on the impact of QAF is that of star Robert Gant. Joining the cast in the second season as hunky HIV+ English professor Ben Bruckner, Gant initially identified as straight publicly in interviews. When it comes to homophobia, even in Hollywood, the struggle is real. Eventually, after much soul searching, Gant chose to come out and serve as an inspiring champion for LGBTQs from all walks of life.  Even after QAF ended, Gant’s career flourished; whether it was working with Chad Allen on a number of projects to a recurring role on Supergirl as Kara’s father Zor-el. Even today Gant proves that one can be gay, uplifting, and successful.

All of these stories on and off screen not only empowered me, but inspired me to pay it forward and fight for the downtrodden as an author and an activist, whether it’s creating a Media Litmus Test, introducing the world to Black gay superheroes like one Brecken Everett, or even saving the Man of Steel.

All of this is done in the hopes that one day there will be a better world where my work and narratives like QAF are no longer vital.

Even if I’m not around to see it.

Till then, cue the pulse to begin.