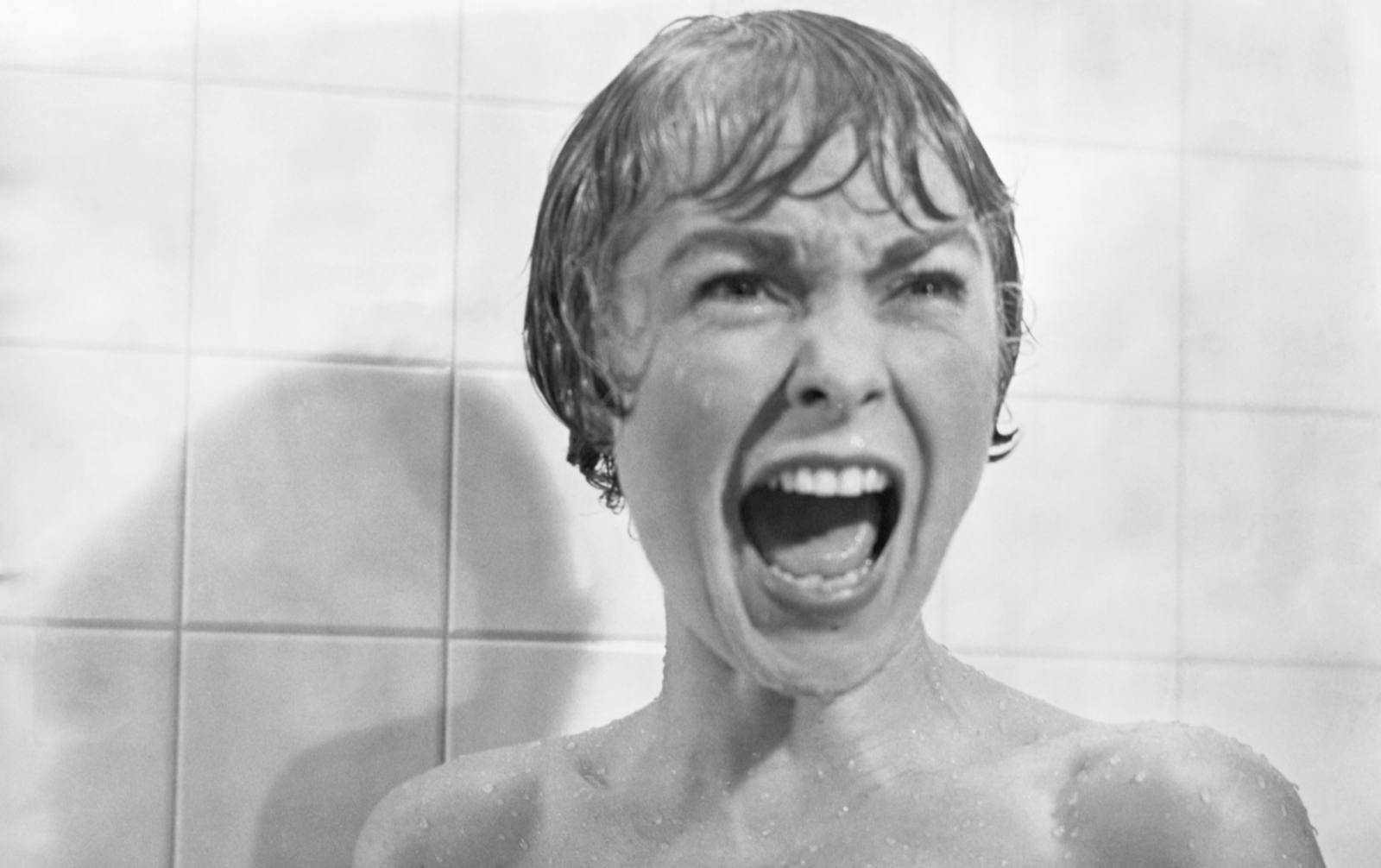 When you think of quintessential slasher films, Psycho is definitely at the top of the list.

Alfred Hitchcock is most notably known as one of the greatest suspense directors of all time. After all, he is dubbed the master of suspense. The story of a deeply disturbed man with an Oedipus complex laced with matricide, jealousy, and murder is depicted in the 1960 Hitchcock horror classic Psycho. Psycho is beyond a cult classic. At the time, it defined the genre of horror and introduced tropes such as the Final Girl. It was also unheard of then to kill the main character midway through the movie.

Janet Leigh played Marion Crane, a woman who becomes a victim of Norman Bates (Anthony Perkins). Leigh was one of the biggest stars in Hollywood, so the iconic shower scene where Crane is brutally stabbed to death by Norman Bates shocked audiences at the time. To give modern-day context, it’s the equivalent of when Casey Becker (Drew Barrymore) was stabbed to death in the 1996 Wes Craven film Scream. The fact that Drew Barrymore, who was the biggest star in the ensemble cast, died within the first 12 minutes stunned everyone. The 2022 film Scream 5, the movie pays homage to the renowned shower scene.

The shower scene in Psycho is one of the most famous scenes in all of cinema. The scene alone took 78 camera setups and 52 edits made for the sequence. It’s also the first time we see a film with a flushing toilet ,which is quite fascinating. Marion Crane, who was assigned by her boss to take $40,000 in cash to the bank, instead takes it upon herself to take the money and run.

When she leaves town, after an evening of driving, she makes a stop at Bates Motel. That evening, she writes down some figures on a piece of paper, shreds them up, and flushes them down the toilet. Screenwriter Joseph Stefano wanted to see a toilet on screen and see it flush to display realism. Hitchcock told him he had to “make it so” through his writing. Stefano wrote the scene in the script to make this happen.

Before Marion’s ill-fated trip to Bates Motel, which ultimately becomes her final destination, she’s in her vehicle on the run with $40,000 in her purse. Initially, this scene was shot with Leigh driving with just the ambient sound of the motor running, but later both music and voiceovers were added. This adds an extra layer to Marion Crane’s character development. Whether it was intentional or not, there is some brilliant storytelling happening here as the audience is exposed to the psyche of Marion’s mind.

Hitchcock provides an impactful examination of a character on the run. She smiles as she creates the narrative in her own mind of how others are reacting to her absence. We, the viewer, hear her thoughts. The reflexive consciousness on display is fascinating to watch as we also hear the piercing violin strings pulsate in the background.

I would be remiss if I didn’t mention Bernard Herrmann’s evocative score. The score alone is a supporting character in the film. It makes various appearances throughout suspenseful moments in the story — most notably the shower scene. Those high-pitched, ear-piercing violin strings will forever be associated with fear and catastrophe. One of the recipes of a great horror film is a noteworthy musical score. If you can create a sound that causes the hairs on the back of your neck to stand up and gives you goosebumps, then you are golden. Jordan Peele achieved this perfectly with music composer Michael Abels for Get Out.

Hitchcock is not only the master of suspense but also the master of seamless camera movements. In the scene shortly after Crane’s grisly murder, the camera pans over her body to show blood mixed with water flowing down the shower drain. As the camera pushes into a close-up of the drainage, a fade-in of an extreme close-up of Crane’s eye is revealed. The camera pushes out to reveal her lifeless body on the bathroom floor. Without a cut, the camera pans over to the nightstand in the other room where money is hidden in a rolled-up newspaper. This is a signature artistic style of Hitchcock. His 1948 film Rope was filmed entirely in one cinematic shot.

In moments where we would least suspect there would be tension, Hitchcock creates anxiety and suspense to further raise our blood pressure. When Bates hides Crane’s corpse inside the trunk of her own car and pushes it into a muddy lake, there is a brief moment when the vehicle doesn’t fully submerge. Norman Bates, throughout the movie, nibbles on candy corn. When the vehicle stops sinking, Bates’ chewing intensifies and he covers his mouth. The vehicle then slowly submerges fully under the muddy waters. Oddly enough, we as the audience, breathe a sigh of relief along with Bates himself.

Anthony Perkins truly gives Psycho all of its charisma. As Norman Bates, he depicts the reclusive motel owner as a boyish simpleton who is loyal to his mother. Perkins’ use of stuttering was so organic and realistic. In fact, it was Perkins’ idea that Bates should stammer whenever he got nervous and that he should chew candy corn.

There are a handful of scenes that are frightening to watch. The shower scene, the scene where private detective Arbogast is killed, the scene when we see the skeletal corpse of The Mother, or the shot of Norman Bates breaking the fourth wall and looking ominously into the camera. However, for me, it’s the very last scene.

I’ve seen Psycho more times than I can count. Every single time the last shot at the end, when Marion’s car is being pulled out of the muddy lake and Herrmann’s sinister score cuts in, I get goosebumps. Because we know what’s in the car and still feel disturbed about the events surrounding Marion Crane’s tragic death.

Psycho helps me remember what top-notch horror filmmaking looks like. And although there have been sequels, parodies, and a weird Gus Van Sant 1998 reboot that did a shot-for-shot version of the 1960 film, nothing compares to what Hitchcock created. From the crafty editing to the clever dialogue, it’s a film that stays with you.

Psycho is available for streaming on Tubi and Peacock TV.