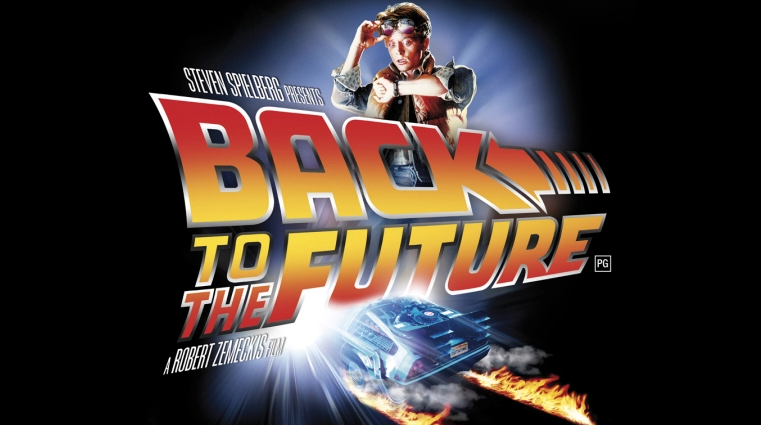 There’s no earthly or heavenly reason why 1985’s Back to the Future works so well.

In fact, there’s little one can say that John Mulaney hasn’t already said about this film’s strange plot: teenager with geriatric scientist friend gets sent back in time; teenager must find a way back to the present; teenager must ensure he’s born, but the past version of his mom has the hots for him, and he needs to get her with his father.

Pitched a different way, it’s a Black Mirror episode they canned for being too creepy.

However, this comedy-adventure works, and it works so damn well. It’s a testament to Robert Zemeckis’ writing and directorial abilities (along with all due credit to co-writer Bob Gale and editors Harry Keramidas and Arthur Schmidt) that Back to the Future runs like a well-oiled machine. There’s no flab, no unnecessary scene, no extraneous character that could have been cut to shorten the film’s two-hour runtime. Every character, from Michael J. Fox’s Marty McFly to Tom Wilson’s Biff Tannen, feels alive, like people who really exist, even as their actors play them broadly for comedic effect.

Watching this film for the first time in 2022, I was shocked at how well Back to the Future holds up nearly 40 years after its original release date. As a fan of Brooklyn drill and Shoegaze rock, I expected to find Huey Lewis and the News’ soundtrack grating, especially their cheesily titled single “The Power of Love.” But I loved it. I loved every minute of it. At just over two hours, the movie keeps you guessing how Marty will get out of this or that situation. The last 20 minutes in particular are nail-biting, edge-of-your-seat suspenseful, as everything that can go wrong does, and it almost seems as if this strange movie will have a crazy bleak ending.

Really, Back to the Future doesn’t definitively comment on whether or not the ’50s were better than the ’80s. Tellingly, though, there is a moment in the 1950s where Black future-mayor Goldie Wilson promises he will “clean up” Hill Valley, despite the town’s surface appearing spick and span. His idea is then shot down by his white boss (“A colored mayor; that’ll be the day”). If anything, Back to the Future is more concerned with fateful decisions, the momentary decisions that change our lives forever.

In the original timeline, adult George McFly (Crispin Glover) is a dweeb and a victim of workplace (and homeplace) bullying because he never stood up to Biff. In the new timeline, he is a sauve, successful man, openly loving towards his wife — who, apparently, is “so thin!” thanks to happiness and prosperity. Lorraine McFly, née Baines, goes from a depressed alcoholic who lives by respectability politics concerning women’s sexuality to a tennis-playing socialite who is happy her son has an overnight trip planned with his girlfriend. This is all to say that I’m not certain that there is a message in Back to the Future, at least not socially. But if I had to prise a general message out, I would say that it’s something concerned with wealth gained by satisfying employment being a key to happiness. Or maybe it’s about the need to stand up for oneself against bullies, even when they seem bigger and stronger. Or maybe it’s just about the fact that young Lorraine would be attracted to Marty based on the science of attraction.

Who knows? It’s a nutty movie.

Ultimately, though, it’s a lot of fun, even when it makes absolutely no sense. For one, the “happy” ending is anything but. Marty doesn’t know the family to whom he’s returned. He has the same parents, and he (improbably) has the same siblings, but their personalities are radically altered. Marty, who spent 17 years with his “old” family has to relearn everything about the ways of his new family. That’s horrifying. Think, The Butterfly Effect or Invasion of the Body Snatchers — everyone is physically the same, but most likely everything Marty knows about them is now irrelevant and wrong.

In another improbable turn, Marty somehow still has the same girlfriend, and they’ve had the exact same experiences, implying that Alternate Timeline still retained all of his old quirks and traits. I don’t know about you, but having grown up with wildly happier, healthier parents might have changed many of my adolescent actions.

In another weird turn, Biff is still hanging around their place, but now as a subservient cabana boy there to wax the family’s cars and trucks. Who had the bright idea to keep that sociopath around? Newly meek or not, I wouldn’t let that guy anywhere near my wife ever again. In a way, Alternate Timeline George McFly is kind of a jerk for needing the ego boost of seeing his wife’s attacker buff his BMW.

Finally, the things that Marty hated about his homelife are gone, but, potentially so are the things he loved. I’m not saying that everything familiar is good, and I’m not saying his father and mother should have stayed cowardly drunks. All I’m saying is, rather than a cash-grab sequel in which producers repeated an original, satisfying formula only to get diminished critical returns, Back to the Future Part II could’ve been about Marty exploring this uncanny new world and questioning if any timeline is ever the “perfect” one. Keeping with the strange, goofy tone of the original, the sequel could have explored the idea that every utopia contains a dystopia.

Look, go watch Back to the Future. Go watch it right now. It is perfectly ’80s with its soundtrack, its fashion, and its gratuitous use of s-bombs in a PG-rated film. I imagine it’ll be hard for anyone who enjoys fun and mirth not to have a good time watching this movie. And, if, by some chance, you’re among the few people who can’t get over the time-travel paradoxes, the general silliness, and absence of any point to this film besides adventure, well, maybe you’re just a butt-head.

Back to the Future is available to rent on Hulu, Prime Video, and Apple+ TV.

‘Roald Dahl The Witches’ Has Arrived Just in Time For Halloween

Review: ‘Welcome to Marwen’ is Two Films Fighting for One Screen Space