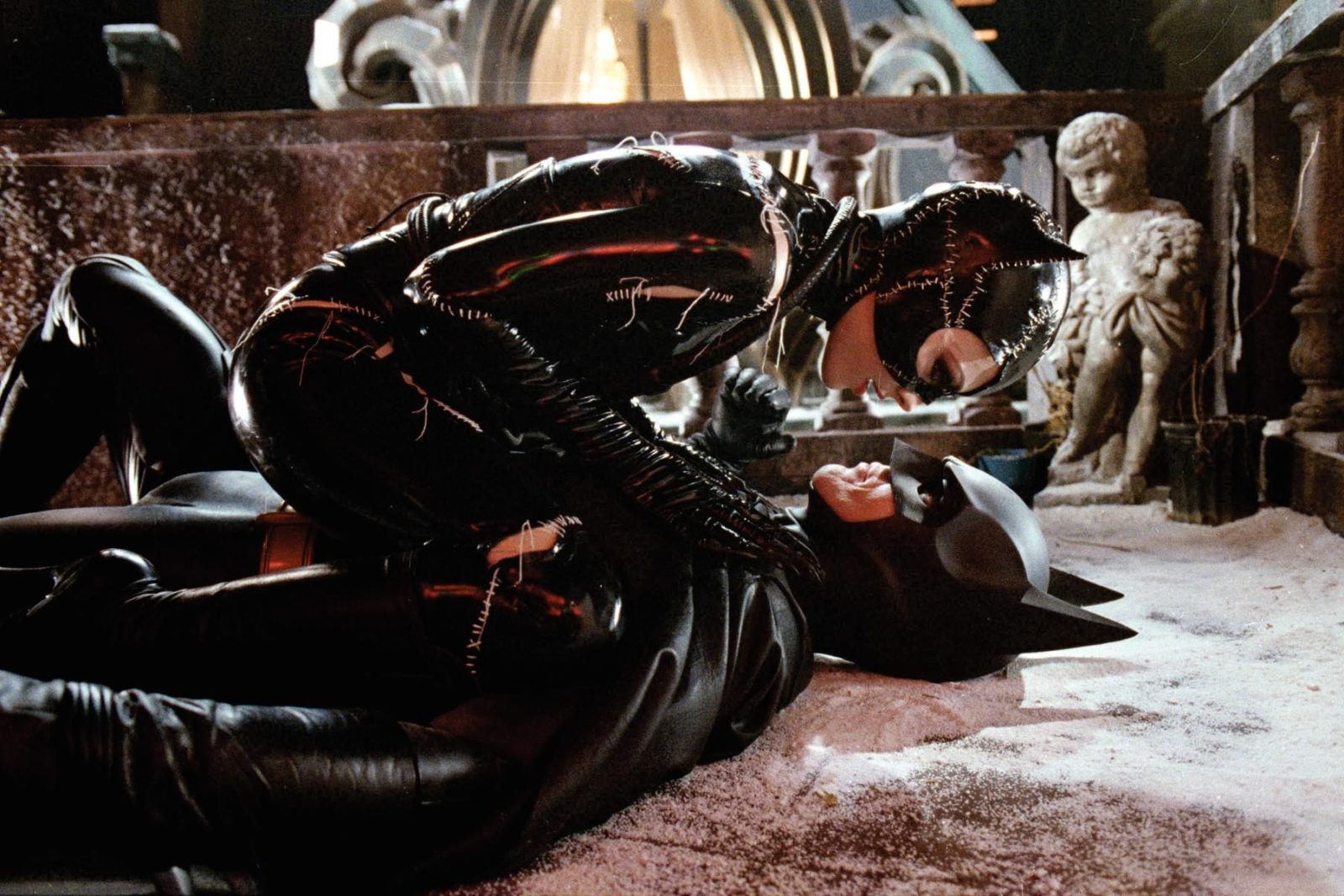 This past summer marked the 30th anniversary of 1992 follow-up Batman Returns from Tim Burton (Wednesday). The sequel, written by Daniel Waters (Heathers) with a “story by” credit for Sam Hamm (Batman), was a financial hit at the box office but still pulled in less than its predecessor.

Audience-wise it was divisive, with some thinking Burton made it too dark. But anyone familiar with Batman lore would counter that the hero’s entire backstory is incredibly dark, as are most, if not all, of his antagonists’ origins. To quote Robert Pattinson, the star of Matt Reeves’ The Batman, Batman is a freak, which people seem to forget.

Like most Batman movies, Returns begins with a villain. In a flashback 33 years prior to when the film’s events take place, we see wealthy, unspeaking couple Tucker and Esther Cobblepot (Paul Reubens and Diane Salinger) toss their monstrous child off a bridge, watching his basket float down into the sewer.

Later this is revealed to be the origin of Oswald Cobblepot, aka the Penguin (Danny DeVito), a frightening man with a beak-like nose, who is inexplicably able to speak perfect English despite being raised by actual penguins. Another mystery is how he managed to form the Red Triangle Gang, a group of circus freaks, to do his bidding. Poodle Lady is my favorite. But this is a movie that requires a major suspension of belief. If you want logic with your supervillains, Batman Returns is not for you.

Next, there’s Max Shreck (Christopher Walken), an icy-haired corrupt businessman with the quintessential villainous plan involving a power plant and tons of money. He demeans his frazzled assistant Selina Kyle (Michelle Pfeiffer) who is beautiful but has glasses and a ponytail which, according to movie tropes, means she’s unattractive. She’s an overworked, underappreciated cat owner living alone in a bubblegum pink apartment, who calls herself a “corn dog” for clamming up.

After spending roughly thirteen minutes learning about the baddies, it’s time for Bruce Wayne (Michael Keaton) to appear, and of course, the first time we see him he’s brooding in the dark. He suits up as Batman to save a gathering of Gothamites from an invasion of an evil circus troupe — made up of machine gun-toting clowns, destructive fire breathers, and an organ grinder firing bullets.

When Shreck finds Selina in the office after hours, he casually pushes her out of the window. The fall kills her, though she manages to only sustain a head cut and torn sleeve. A slew of random stray cats revive her with…their saliva? It’s a very Burtonesque origin story that makes zero sense but is visually satisfying. Most characters in a Burton project look half-dead anyway.

Selina returns home and just absolutely wrecks her dollhouse of an apartment, murdering stuffed animals via garbage disposal and spray painting the walls for some reason. She also smashes two bulbs in the oddly placed neon pink “Hello There” sign (in her bedroom, no less), leaving it to read “hell here.” Subtle. She then stitches together a skin-tight catsuit using material from a single jacket. (Remember, suspend that belief!) The bespeckled, sensibly dressed Selina Kyle is no more. The milk-chugging, latex-clad Catwoman lives. When she’s unmasked, her wild curls are simply stunning.

Penguin uses Shreck to waddle his way into Gotham’s elite but forms an alliance with the Cat in an incredibly sexually charged scene, though that could be said for all of Pfeiffer’s scenes after Selina’s transformation. She gets intimate with Bruce while dancing at a charity ball (because every Batman movie has to have one). A big complaint some people have with Batman Returns is the lack of, well, Batman. But I’ve always found Batman’s rogues gallery much more interesting than the hero himself. The villains also just get to have more fun. Catwoman’s scene destroying Shreck’s store is just oozing with glee.

The set design for Burton’s Gotham City looks like a theme park version of the city. The buildings and statues are unnecessarily massive and don’t even try to look real. When it’s decked out for Christmas, a giant tree and all, the town square looks like a demented Whoville.

Considering the movie takes place during the Christmas season — not to mention the tree lighting ceremonies, snowy cemetery speeches, and mistletoe puns — Batman Returns is undeniably a Christmas movie. With the Scrooge-like Max Shreck and a sewer-dwelling penguin person, the Gotham created by Burton and company is cartoonishly bleak, filled with psychologically traumatized people who just need one bad day to turn into a villain.

Colin Farrell will reprise his role as Cobblepot in the upcoming HBO Max series The Penguin, which picks up right after the events of The Batman. Since the film opened on Halloween night in Gotham, maybe the series will progress into Christmastime and we’ll get to see how Farrell’s Penguin handles the holidays.

Batman Returns is available to stream on HBO Max.