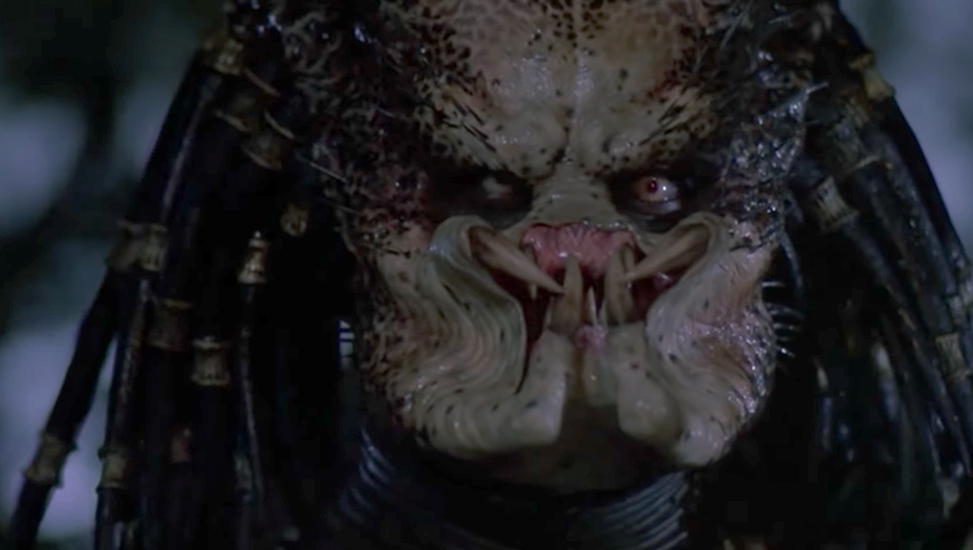 So, it looks like the impossible has happened. Over thirty years after its 1987 release, John McTiernan’s Predator has finally received a sequel film that doesn’t just vacillate between being either middling or outright terrible. Prey has come along, and it’s currently the highest rated Predator film according to Rotten Tomatoes.

While that is a beautiful thing for both the franchise and for Native American representation in mainstream American media, this milestone — a film that might end up being the spiritual successor to Terminator 2: Judgment Day in terms of being a sequel that is better than the original — its success makes me want to revisit what came before to see what it is about the original film that made people try (and fail) so desperately to recapture its magic.

Well, what is it? Simply put, the original movie is freakin’ awesome. And there’s no amount of astute critical nomenclature that can capture its effect better than that.

It’s awesome that, even if you took out the eventual extraterrestrial plotline, the opening half hour of Predator still works as a great late-eighties Schwarzenegger film in that it gives us big explosions, big muscles, and quippy one-liners.

It’s awesome that, once we get the Predator hunting Dutch (Arnold Schwarzenegger) and his team, the film, in a similar vein to 1986’s Aliens, transcends simple classification as belonging to the sci-fi, action, horror, or even Cold War espionage genre. What we get instead is a hodgepodge, a little bit of this, and some of that.

It’s awesome, too, that we get an ’80s action-adjacent film that stars a woman (Elpidia Carrillo) who isn’t simply reduced to being a running, screaming eventual love interest that, in between smooches, hides behind the big, strong men. Carrillo as Anna gives viewers a woman who is a part of a South American rebel group because she is more than qualified to be there. She is resourceful and cunning, direct and unafraid. And what’s better is that she’s no Mary Sue. She’s a human being. Competent as she is, she’s horrified about this murderous, invisible force, just like the Special Forces team around her. It seems, in a more attenuated way, the Predator franchise began with an emphasis on women of color having a seat at the table.

And this highlights another aspect of the awesomeness that is Predator: its characters are great.

I’m going to go out on a limb and say there are many war films that consider characterization of various soldiers as “This one is from Brooklyn,” “That one’s religious.” Each soldier gets his (it’s usually “his,” or, occasionally, Michelle Rodriguez’s) single line about a girl back home, a Bible/Torah that he keeps in his breast pocket, or a previously unspoken fear of death. In Predator, we get glimpses of this, yes, in Shane Black’s wisecracking character Hawkins, but this is balanced out by Bill Duke’s Mac, a character who is legitimately grieving his friend’s death to the point that he becomes nearly manic in his quest for revenge. The scene where he’s singing “Long Tall Sally” on his way to murder a he-doesn’t-know-what? Genius. The scene where he’s eulogizing Blaine (Jesse Ventura) to no one but the trees and moon? Even better.

Carl Weathers as shady CIA operative Dillon likewise puts across that his character is conflicted about lying to Dutch about the nature of the task at hand but ultimately determined to do what he thinks needs to be done to complete the mission. Look again at the confrontation between him and Dutch. He knows that Dutch knows that he has lied to him. A lesser actor under a lesser director, here, might have played Dillon as glib or cold-blooded. Weathers looks like he’s almost about to cry. It might even be the wrong emotion. Someone could argue that reaction borders on melodrama, even overacting. Eh, who cares. I’m all in. At the very least, it lets me have a glimpse of this character’s inner world besides the fact that he’s shady and conniving.

Finally, as far as awesome characters go, Predator smartly does a final genre metamorphosis into a cat-and-mouse thriller as Schwarzenegger’s Dutch goes head-to-head with the Predator, portrayed by the late Kevin Peter Hall. That Schwarzenegger is one of American cinema’s all-time action greats does not need to be said. The bulk, the bravado — who could ask for more? The 1980s was a great run for him, and Predator is no exception.

Like the Terminator films, Predator gives Schwarzenegger a role that plays to his strengths. Dutch is joke-y, but not a jokester; tough, but not without compassion; and resourceful, but still able to be bested every now and again, allowing for suspense concerning how he will get out of a particular situation.

1987 was the year just before Schwarzengger would star in Twins, a buddy comedy that showed he could play more than the gruff, Austrian-accented action hero with a suspiciously American surname. Predator gives us hints of that. Not so much the comedy, but the charm and dramatic chops. We could watch him be vulnerable, and his acting abilities had grown to the point that his vulnerability wouldn’t come off cheesy like it did in, say, the opening minutes of 1985’s Commando.

Kevin Peter Hall likewise does what his role asks of him and more. His background in basketball, ballet, and the martial arts shines through as he gives the Predator a litheness that makes him even more menacing. In a world of bulky men with heavy guns, the Predator manages to seem like it could move with the dexterity of a cat if need be. The character design by Stan Winston, in addition to special effects by R/Greenberg Associates, combine with Hall’s performance to give us a creature so iconic, we’ve sine been trying to recapture its magic for over three decades.

Predator is a classic, simply, because it’s awesome.

Its performances, its characters, its story that touches ever so slightly on Cold War tensions between the US and USSR being played out in Latin America all coalesce into a singularly interesting action/sci-fi/espionage and war film that remains a part of the cultural imagination. Now that Prey has proven Predator sequels don’t have to be awful, there may be opportunity for the franchise to grow. Then again, the Terminator films likewise had two awesome films but couldn’t leave well enough alone. Look how that turned out.

Regardless of what comes next, what came first was one hell of a movie — a unique, engrossing, and genre-bending classic. Dude, I swear, this movie is awesome.

Have You Checked Out ‘The Predator’ Trailer?