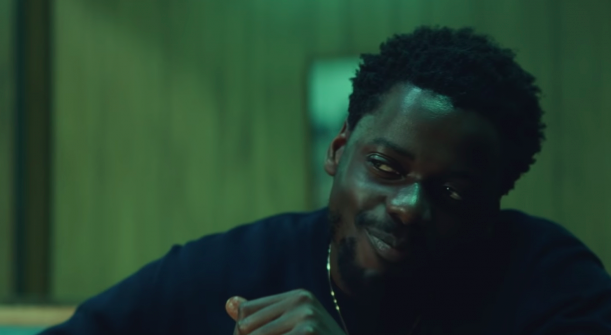 Starring Jodie Turner-Smith as Queen and Get Out star Daniel Kaluuya as Slim, Universal Pictures has anticipated release date just in time for the Thanksgiving holiday on November 27th.

The film will certainly be one that everyone will be talking about, as it deals with the intersection of racism and police brutality in a current climate that has become the forefront of the conversation surrounding state-sanctioned police violence.

BGN had the opportunity to interview Kaluuya earlier this year during a set visit for the film in New Orleans. Kaluuya a London native, plays a retail employee from Cleveland. Turner-Smith is also from the UK and portrays a character that is also from the mid-west. And although the recent controversy of Black Brits playing American roles wasn’t brought up in this particular interview, Kaluuya did discuss switching accents, and how it isn’t very hard for him.

“We’re having a conversation and it’s just kind of more of your brain is being used. So a lot of times it’s the energy behind the accent.”

Daniel further describes his character Slim as being less assertive and more accommodating. He’s also the complete opposite of his ride-or-die counterpart Queen played by Turner-Smith who Lena Waithe described her character as being more of a Malcolm X. Her hair is even styled like the iconic historical figure.

Speaking of Waithe, she met Kaluuya at a screening for Get Out, which is how Daniel first got attached to the project.

“I said you’re an incredible writer. And then she mentioned the Bonnie & Clyde story and I was like, ‘what’s that?’ And then she sent it to me. I emailed her and said I wanna play Slim.”

Slim according to Kaluuya is an “everyman” and a guy that essentially wants to do the right thing.

I asked Kaluuya if he empathizes with the decisions his character makes and why Slim feels compelled to make the choices he makes.

“Survival. If anyone is in a context that’s passive-aggressive. You have to do something. Or you get beat up, mentally.”

This is the second time Daniel Kaluuya has worked with a first-time director.  Filmmaker Melina Matsoukas is the mastermind behind Beyonce’s “Formation” music video. And of course, Jordan Peele made his stunning directorial debut with Get Out which earned him an Oscar for Best Original Screenplay. Kaluuya describes them as two different animals, because of the background of each director and the film’s genre. The actor also recalls getting hip to Key & Peele sketches with his friends through WhatsApp group messages.

The story of Queen & Slim’s perceived gender roles may surprise audiences. Kaluuya describes Slim as someone who is not “overtly masculine”. And Queen is more of a take-charge protagonist. She’s also an attorney with a more privileged socioeconomic status compared to Slim who works as a retail employee.

“We assign assertion to masculinity, but it’s just being a person that knows what they’re about,” says Kaluuya.

Daniel Kaluuya’s career is building up quickly with a momentum that is difficult to keep up with. Shortly after appearing in Get Out, he made his debut in the Marvel Cinematic Universe with the blockbuster hit Black Panther. Shortly after, he played one of the creepiest villains on celluloid in the Steve McQueen film Widows. His next project after Queen & Slim is the biopic Jesus Was My Homeboy. He’ll play the role of 21-year-old activist Fred Hampton, who was tragically murdered after the FBI infiltrated the Black Panther Party. The story will follow the rise and untimely demise of Hampton as seen through informant William O’Neal’s eyes, played by Lakeith Stanfield.

As awards season begins it will be interesting to see where Daniel Kaluuya lands in the eyes of film critics and voters.

Queen & Slim is set for release on Thanksgiving weekend, November 27, 2019.