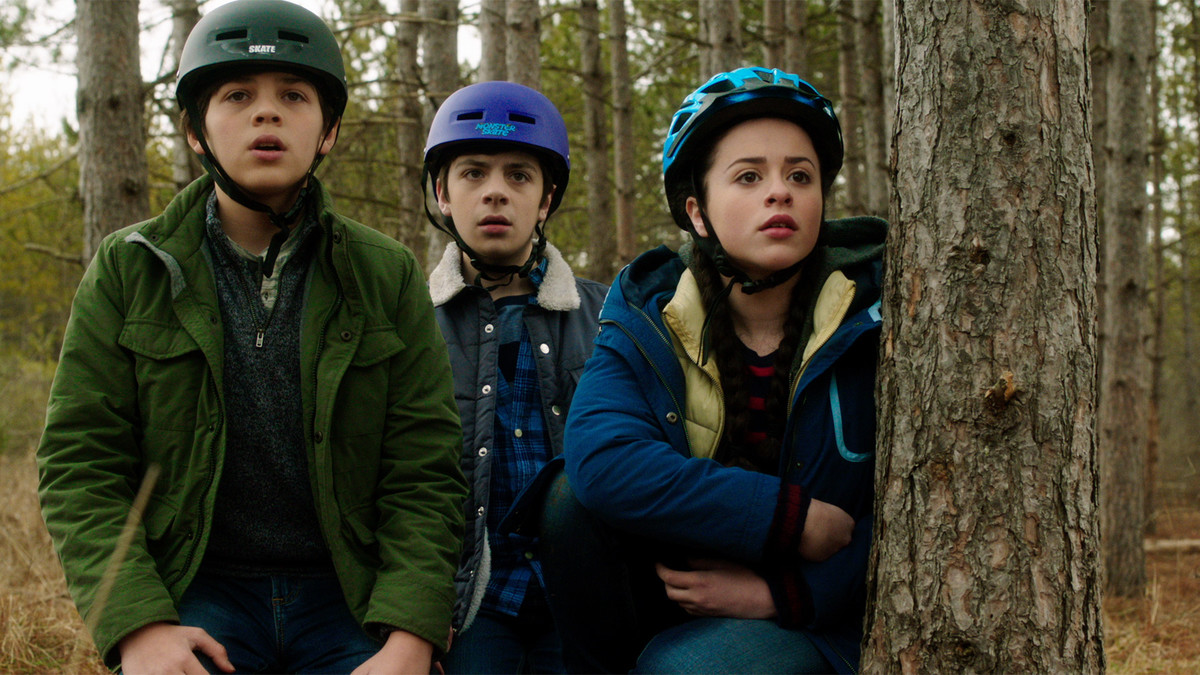 Before we look at last week’s Dark Matter, let’s all hop in our blink drive enabled ships and travel back to season 1 of the show. One (Aww remember him?!) was being a ‘nice guy’ stalker all up in Two’s business then got his feelings hurt when he found out she had already gotten her back blown out by Three.

That was a very special time for me.

At that point, I could take or leave Three. He wasn’t the big, gruff but loveable teddy bear he is now. But god did I love that Two chose him to sleep with over Mr. I’m Very Sensitive So I’m Clearly Entitled To Your Coochie (Twochie).

Back in season 1 I shipped Two/Six like nobody’s business. They were co-parenting this ragtag group of outlaws, so it made sense. Fast forward to this season and I can honestly say, I ship Two/Three now. I love that Portia and Boone were an item before going into stasis, and they inadvertently fell back in with each other post mind wipe. The alt-verse Portia/Boone are sleazy fun as well. I’m not made of stone.

That’s why Two and Three’s talk on the park bench was so lovely. I know they aren’t together and probably won’t be put together in that way, but anytime these two lean on or confide in each other I find myself charmed.

Showrunner, Joe Mallozzi mentioned in a few interviews that this episode was Back to the Future meets Stranger Things, and that’s a pretty accurate breakdown. It’s far more benign than Stranger Things, however, and less intense than BTTF. Ther’s no desperate countdown, no creepy disappearing picture, no backtracking, no lightening, oh, and no giant gross child snatching monster.  It’s a straight forward narrative with oodles of fun character moments, and that’s what makes it work.

One thing I didn’t quite get was the Android. I thought some illuminating revelation would account for how into staying in the ‘burbs she was. She wasn’t just informing them of the dangers associated with retrieving the blink drive and heading back to their time, she was downright discouraging. It seemed odd.

What didn’t seem odd was Two’s attachment to our era. Carrying the guilt and pain of losing multiple crew members on her watch has been something she’s carried all season. Worrying over the remaining crew has been a major motivator in many of her decisions as well. A situation with no life or death circumstances screaming in her face for attention was just what the doctor ordered. Bonus: Melissa O’Neil has an incredibly beautiful smile.
ALSO READ
Maya Rudolph and the Cast of 'Loot' Give Their All in this Impactful Story

Six didn’t have a huge amount to do this episode besides be really handsome, but he did a helluva job of it, so kudos. That moment when the feds catch him in the woods was imbued with more tension than the story actually called for for obvious reasons. I liked that the sheriff was Black too; it took a little bit of the weight out of things. Six played the game pretty well. No lie he made up would hold water, so why even talk?

Five looked awesome, and it was a hoot seeing her enjoy some age appropriate fun. Her bond with the kids was so endearing and “Ew, gross that’s my cousin,” deserves an Emmy™.

I think my arms shot straight up in the air when I saw Five playing video games with Two on the Raza. That and the bench talk were my 2 favorite scenes in the episode. I’m always here for Raza Crew bonding. Always.

What else can be said about this episode? It’s a fun, self-aware romp through a couple genre mainstays that does a service to the source materials it’s paying homage to.