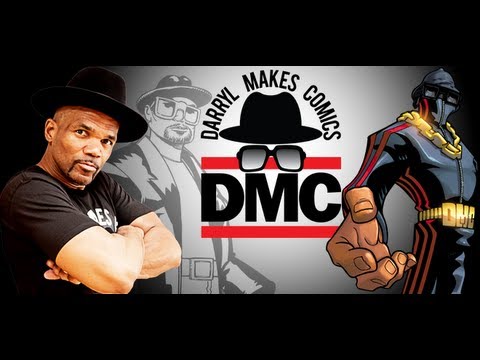 C2E2 isn’t just a place where blerds meet up, buy comics and cosplay.

The convention offers some very interesting panels, some of which are on the pulse of pop culture today. This C2E2 was no exception. The panel “Beyond Wakanda: The Rise of Afrofuturism in Pop Culture & Comics” was standing room only and full of the “who’s who” of Blerd scholars. (I spotted Tananarive Due!) The panel featured Eve L. Ewing, Afua Richardson, Darryl DMC McDaniels, Ytasha Womack all of whom led an enthusiastic crowd on a wild ride into the history of this thing called Afrofuturism and why it’s rising today. Afterward, I was able to connect with Daniels and Richardson for further comments. This is where the lesson began.

At McDaniels’ booth where he was signing copies of his comic DMC by his imprint, Darryl Makes Comics. In the panel, he began to school th

e audience on hip hop roots and Afrofuturism. “The first video on MTV was not ‘Walk this Way’,” he told the crowded room. “It was ‘Rock Box’.” The artist then began to rap some bars to the forgotten song, quickly illustrating the reason why “Rock Box” was the Run DMC video that the world forgot. It was much too political in its talk about rebellion, poverty, and politics.

He then laid a timeline between that video and the debut of “Walk this Way,” which was said to have broken racial barriers at the time. According to McDaniels, the song didn’t do all the work itself. The mainstream world was already clamoring to get a piece of hip hop at the time. “Walk this Way” was a diplomatic way about it. Along the way, he talked of how the innovation that everyone saw and loved so much is what Afrofuturism is all about.

At the booth, I asked if the lesson was impromptu, unplanned. McDaniels was eager to answer.

Yeah, it was. It’s like [Eve Ewing] said, you remember? She said “we were doing all this stuff already and now people are just starting to acknowledge it? When somebody else who is not of us does it now, it just starts creating. So [the innovation and invention] was always there. I think about it like this, when we wanted to dance in the streets of New York City, we had no stages. We wasn’t in Madison Square Garden. We wasn’t in the clubs, but we wanted to dance. So no excuses on how. In the future, I see myself dancing, but how do we do this? Simple little thing is like “yo look at those cardboard boxes over there” lay it down, now we’ve got a dance floor.

He went on to say that you can see the power in Afrofuturism is the music world by just asking the rock greats — Jagger, Keith Richards, Steven Tyler, Joe Perry — who their inspirations were. Muddy Waters and the innovators of blues and jazz from decades long gone are the names they give. Those old blues and jazz musicians created sounds that have inspired mainstream white musician several decades later. McDaniels says, “that’s Afrofuturism.” When the innovations and the things we invent end up shaping the mainstream consciousness, later on, that shows how powerful the diaspora truly is.

How Can I Give Back?

I went over the Afua Richardson where I snagged a signed copy of her “World of Wakanda” cover and asked what she thought of McDaniels tying hip hip into Afrofuturism in this way. 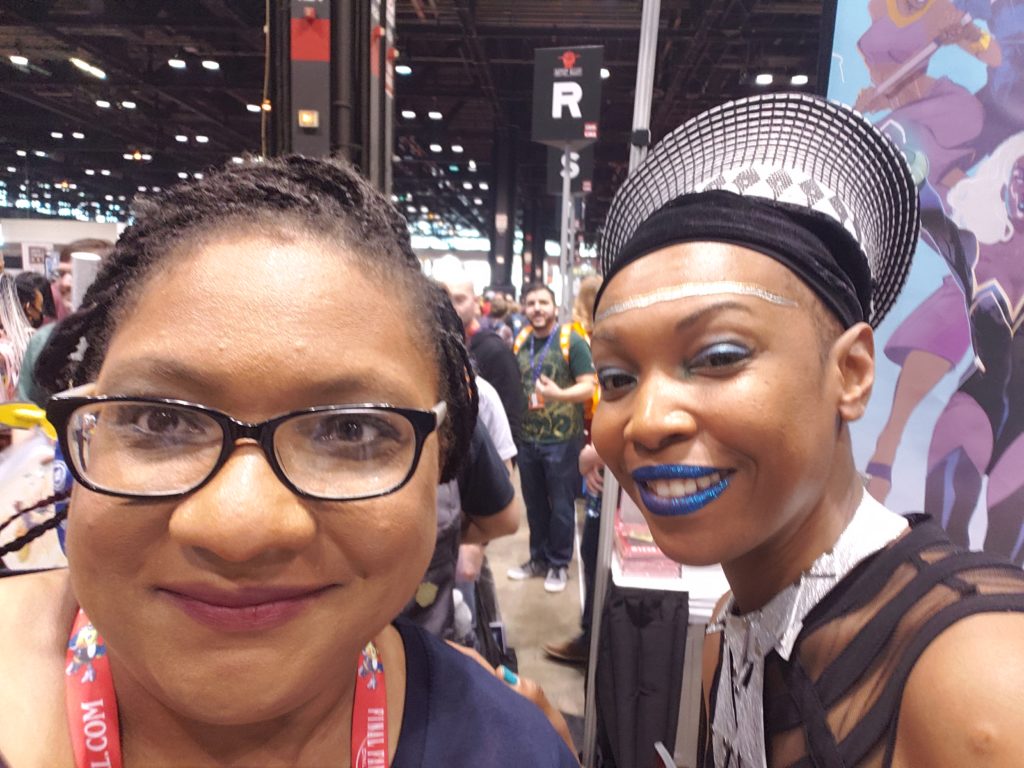 “So incredible…[McDaniels] just opens up his mind and he is just so honest and true about his experience and what he was feeling and going through. And why he decided to do [the Afrofuturism panel]. He’s always loved comics, but he was told that he couldn’t do it. And now that he is in a position to be the author of his own story, he’s making what he wants.”

To Richardson, Afrofuturism is opening up doors to allow Black people to be who they want, dress how they want, and to express their best selves. To invent themselves. And, she too drew from older innovators to get started.

“I remember reading Paper Dolls by Josephine Baker who had amazing artists and all these creatives. She is wearing suits. She wears whatever she wants. Like how strong that was in my mind. Now being in a position where like I can say, ‘okay, I can make this’. I don’t have to wait on anybody. This is great!”

Now, she creates books and her artwork, which give strength to her a voice and some clout. They help not only define her voice and also give her a way to give back. How can we innovate and invent in order to affect change later on? Richardson says you can’t complain if you do nothing to affect change.

These two perspectives are new ways of looking at Afrofuturism that I never expected. It has me thinking about how I can contribute to change in the future.

How and what can you contribute?