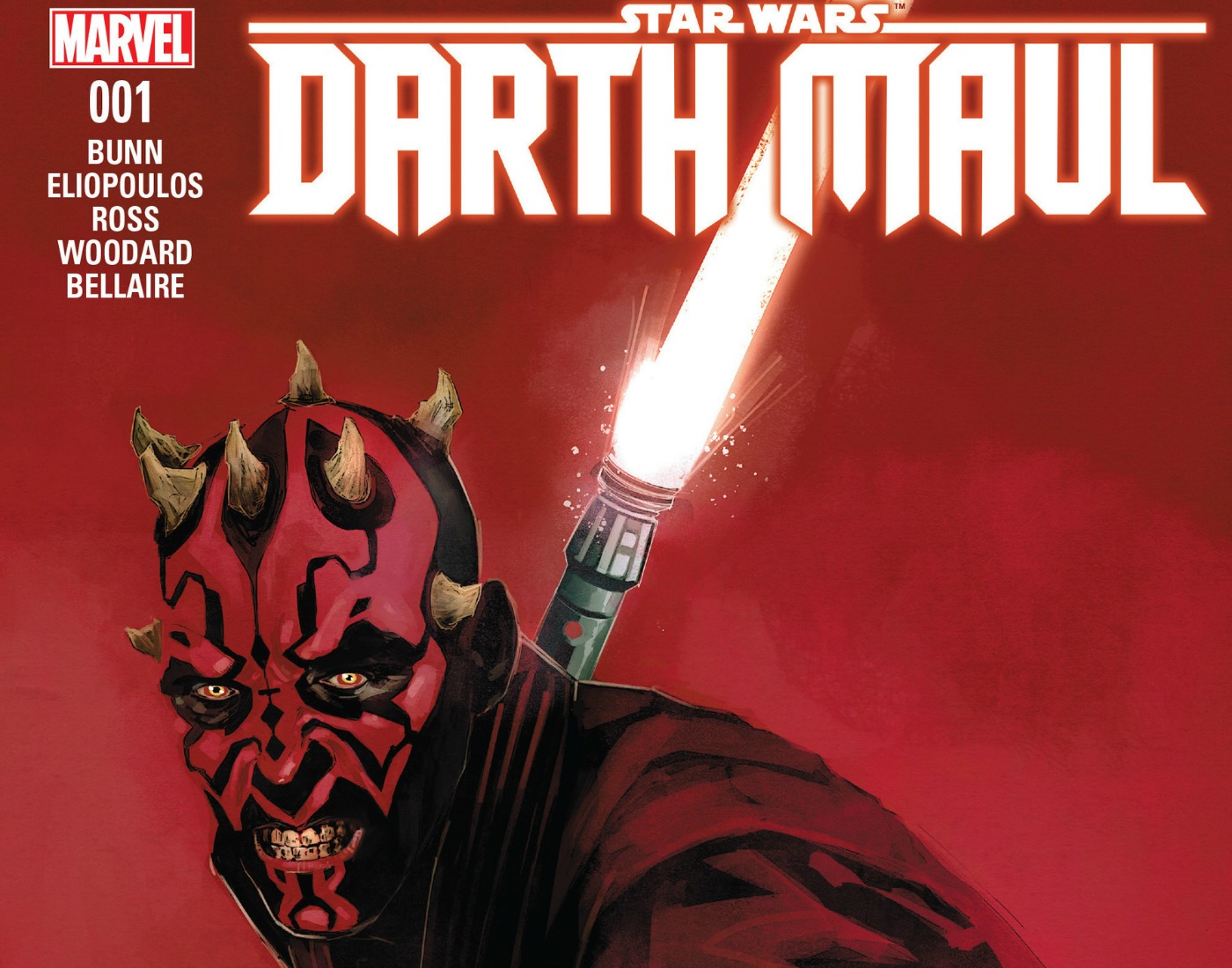 It’s a great time to be a Star Wars fan. Since Marvel has taken over the comic franchise,  fans have been treated to canonical stories taking place between The Empire Strikes Back and Return of the Jedi, along with dips into Obi-Wan Kenobi’s “lost years” on Tatooine.

Now with Darth Maul, we get a story rooted in the prequel era. This is a good thing — I promise! It is universally acknowledged that Darth Maul is one of the best things to come out of Episode 1.

In this story, we find Maul on the cusp of his debut on that little dustbowl far from the center of the galaxy.

This first issue shows us he isn’t taking to the wait very well. Maul spends his pent up energy hunting Rathtars and shadowing Jedi on Coruscant, longing to strike. Darth Sidious senses Maul’s restlessness and sends him to Kellux to stop some pirates who are attacking Sidious’s allies, The Trade Federation.

Maul succeeds at his mission and finds some interesting info: a Jedi padawan is set to be auctioned off to the highest bidder, and Maul has finally found a quest to satisfy his restlessness.

Like most of the new canon, this story works on so many levels. A fan of Maul’s from the films can enjoy this glimpse into Maul’s past. Fans of The Clone Wars and Rebels will thrill at this added information to Maul’s story, especially in regards to his obsession with another young padawan from Rebels: Ezra Bridger.

The art in this issue is stunning Ross and Woodard have created a vibrant, action-packed splash pages, along with red and orange tones that reflect Maul’s moods.

This oversized issue also has a cute backup story about one of Maul’s droids. A great start to the series, I’m looking forward to seeing how the story unfolds.