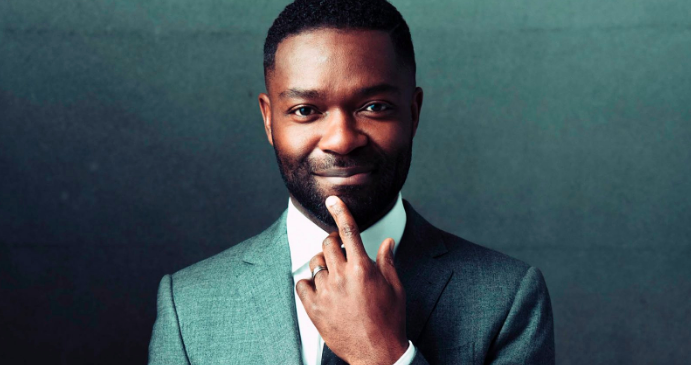 In January this year, Don’t Let Go premiered under the title Relive at the 2019 Sundance Film Festival. However, after some editing, recutting a completely different ending, and giving the film a new title, Don’t Let Go is ready for a nationwide audience.

In the film, detective Jack Radcliff (David Oyelowo) gets a shocking phone call from his recently-murdered niece Ashley (Storm Reid). Working together across time, they race to solve her murder before it can happen.

BGN had the opportunity to sit down with David Oyelowo to chat about his character Jack Radcliff, confirmed his role in George Clooney’s latest Netflix film and addressed the recent controversy surrounding Black British actors playing Black American roles.

You play a Los Angeles based detective named Jack Radcliff. Can you share with our readers a little about who he is?

Jack Radcliffe is a detective in South Central Los Angeles. He has a tender relationship with his niece, Ashley, as played by Storm Reid. A tragedy happens, my family is murdered — my niece along with my brother and sister-in-law. And my character is in the throes of grieving when he suddenly gets a phone call. And shockingly, it’s from his niece. Somehow time has split and she is calling him two weeks before her murder and he realizes somehow he has to reach through time to try and save her.

The fractured non-linear storytelling of this film reminded me of Memento and other films, like Frequency. Did the script read the same way it was filmed?

The script went through so much development, and it was necessary, because, you know, time travel movies are really tough. I would be curious to talk to Chris Nolan about Memento — that must have been such a head-scratcher on the page. It is evocative of those films. What I really loved about Don’t Let Go is the fact that we don’t spend a bunch of time trying to explain the time travel elements. We also allow the main theme to be the love between this uncle and niece, which is what I think makes it more of a universal film. I think people who love the genre or don’t care for the genre will hopefully find something in there for themselves.

We see moments with you and Storm Reid (particularly in the restaurant) and you two have great chemistry. Did you guys know each other at all before filming?

I had met Storm on the set of A Wrinkle In Time. I went to visit my friend Ava DuVernay directing that film, and there was Storm on the set being amazing. That was during the process of putting Don’t Let Go together. I just saw a young performer who had a maturity way beyond her years, and it just became very clear that she should be a candidate for this role. I voiced IT in A Wrinkle In Time, but we never actually got any screen time together.

Is there a scene in the Don’t Let Go that resonates with you the most? Why?

The restaurant scenes. Seeing the power of trying to coach a younger person into something that is beyond their years to have to understand and the need to understand. I have four children myself, and there are certain things that you go through as a parent really struggling to communicate in the best way you can the way for them to conduct themselves. The way that they look at things really resonated for me. For me, my character is trying to communicate some pretty tricky ideas to a young person over the phone, and I liked the challenge of that.

Slightly off-topic but you recently addressed the criticism of Black British actors playing Black American roles. We rarely if ever see white actors get this kind of criticism. Why do you think that is?

I think it’s to do with the fact that historically, and traditionally, there have been fewer opportunities for Black actors. Therefore, when they come up, there can be a bit of a challenge to get them. I think that the backlash that sometimes happens is tied to that, as opposed to the actual fact of whether a person from a different culture should play a role that is not their culture. I think we would all accept that acting is playing someone who isn’t you.

I don’t think anyone is suggesting that you should only play someone from your cultural background or someone who is like you. We just wouldn’t see some of the great performances of all time if that was the case. People were basically playing variations of themselves. We wouldn’t have Daniel Day-Lewis, we wouldn’t have Meryl Streep, we wouldn’t have Denzel Washington, and we wouldn’t have Robert De Niro. We wouldn’t have these great actors who we celebrate because of how iconic they are. I think it’s actually about things other than the roles that are being afforded to people. I think it has to do with opportunity.

My hope is that things are opening up in a way now, opportunity-wise, whereby [this issue] will be something that goes away. As it pertains to people of color, I think we only end up damaging ourselves if every time someone gets a great opportunity it becomes a backslash situation. The last thing you need when you’re trying to put something out in the world that you’ve worked hard to do and be creative with and pay homage to a great historical figure is that it gets this negativity from within the community. That doesn’t serve anyone.

It’s been recently announced you’re slated to star in George Clooney’s Netflix film Good Morning, Midnight.  Are you able to talk about what your role is in the film?

I can confirm that it’s true. I’m not allowed to say too much other than I’m going to be spending a fair amount of time in space.