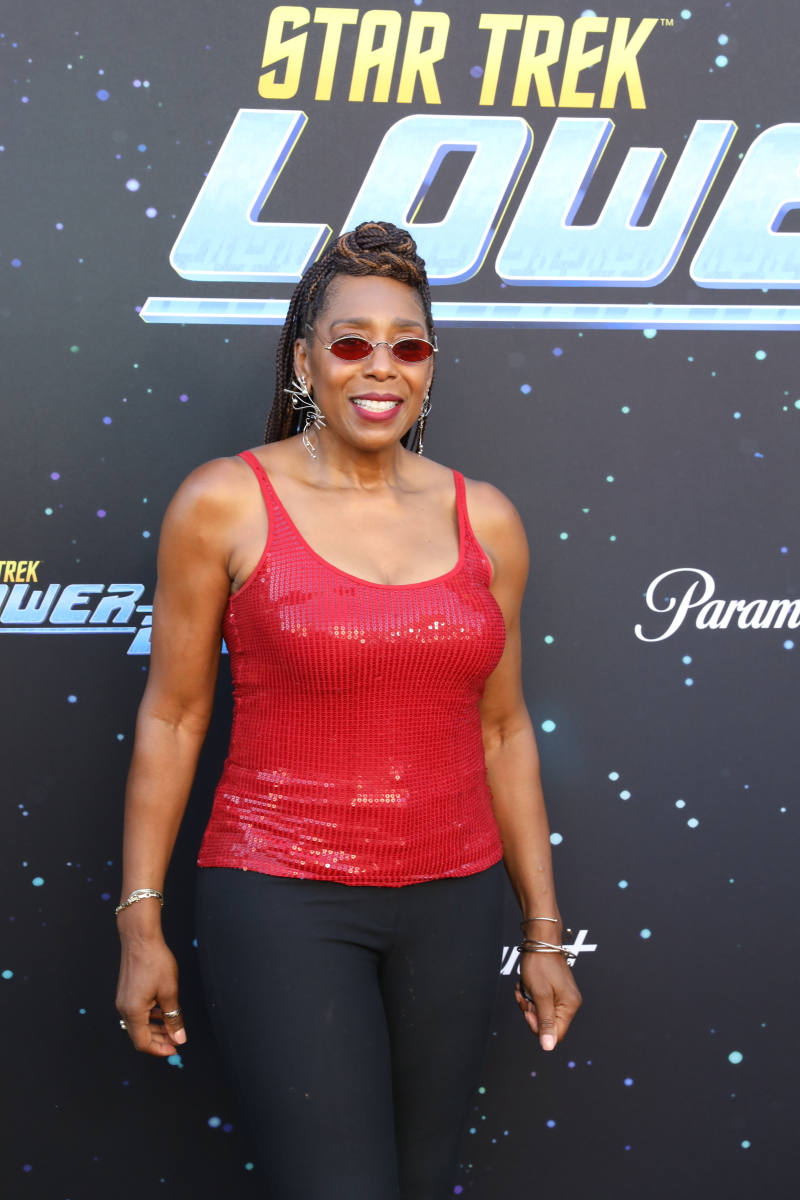 Captain Carol Freeman of the USS Cerritos reports for duty every morning carrying the air of a woman who acts for the job she wants, not the one she has. She’s stern, resourceful, by the book, and believes in hard work to advance. Too bad her daughter seems to have fallen from a different tree entirely.

Star Trek: Lower Decks stars Dawnn Lewis as Captain Freeman and Tawny Newsome as her daughter Ensign Beckett Mariner. The show revolves around Mariner and her group of coworkers who service the lower decks of the ship; though the name “Lower Decks” could apply to the Cerritos in general. Instead of a flagship like the Enterprise or the Orion, the Cerritos is dedicated to making “second contact” and establishing the agreements the previous (more notable) ships made before heading off to their next adventure. With a charming and diverse cast, Star Trek: Lower Decks is a pleasing animated tale that fits well into the Star Trek canon.

It’s a wide, expansive canon and one that is beloved by millions of fans worldwide. The task of paying homage while adding freshness to the franchise was mighty and one the current fandom would not let Lower Decks sleep on. Thankfully, the inventive show has risen to the occasion. In typical Star Trek fashion, there are humans and a myriad of different alien species. There are gratuitous deaths, gore and violence, misunderstandings and a lot of heart. Add this to the numerous references the show drops in the scripts, and it’s easy to see that Star Trek: Lower Decks doesn’t forget its roots.

I knew Dawnn Lewis from her first role in A Different World. She was a dark-skinned beauty with the voice of an angel and sharp wit. I wanted to be Dawnn Lewis so sitting and talking with her via Zoom about her latest role in Star Trek: Lower Decks was an absolute dream.

Growing up I was a TNG [Star Trek: The Next Generation] girl, all the way! I loved all of it. What was your intro to Star Trek, and what got you interested in this role?

I was a Star Trek baby! When it first aired I was about six. I was supposed to be asleep when it came on, and my mom was in night school and left our upstairs neighbor in charge of checking in on us. Invariably, my brothers and I would sneak and turn the TV on and the volume down real low until we heard a broom banging telling us to turn the TV off and get back in bed!

So I became a huge fan. My favorite is [Pavel] Chekov [Walter Koenig]. I loved his accent and thought he was adorable. And of course Lt. [Nyota] Uhura [Nichelle Nichols]! I’d never seen a woman of color with such intellect, such beauty, such savvy. She could fight with the best of them.

And look good doing it!

Yes, that’s right! It was so exciting. Years later to actually have met her and to call her my friend — she’s just such a legacy and an inspiration to so many of us. Being a part of it today — it was always my goal to be some sort of alien. I wanted to be something with lots of prosthetics on my face, janky teeth, the whole thing, but it never manifested.

To this day I keep droppin’ hints. Sonequa [Martin-Green who plays Michael Burnham in Star Trek: Discovery] needs a friend; she can’t be the only Black woman in space! So when I got Lower Decks I didn’t know what it was. We had to sign NDAs where they changed the names of all the characters. When they finally let us know what it was, I was over the moon. So honored, so humbled, so excited. I don’t get to wear prosthetics, but I do get to look like Nancy Wilson with the silver streak. It’s a huge honor to be Captain Carol Freeman. A Black female captain in today’s world? C’mon!

Captain Freeman is pretty buttoned-up, but there are times when it breaks — usually dealing with Mariner — and you say, “There it is! That’s mama!” When you were building her character, what kind of template did you use to flesh her out?

She was Captain [Benjamin] Sisko [Star Trek: Deep Space Nine], she was Captain Kirk [original series], she was a little bit of a few Enterprise leaders who take themselves very seriously and are committed to the responsibility and worked very hard to get where they are. That’s the skin she most wants people to see. But there is that other skin to her.

Captain Freeman and Beckett really are peas in a pod, but Beckett is 20 years younger. Freeman is like, “Oh wow, that was me. How can I save her from being stupid like I was?” and not realizing that she had to be stupid to become what she is today. Tell me about working with Tawny to build out that relationship.

Tawny is amazing. Tawny Newsome is an animation beast. Her comedy and her timing — she’s got an effervescence that you can’t help but feel in her performance. I’d just met Tawny and we got to work a couple of times together before I left to go to New York. After that, it’s been mostly apart. Mike McMahan [the creator] did a phenomenal job in representing each of our character’s specific voices, down to the quirks and cadences. So whether it’s a scene with Tawny’s Beckett or Boimler [Jack Quaid] or Ransom [Jerry O’Connell], I can hear them in my head when doing my scenes even when they’re not there.

Is there any storyline for Captain Freeman that you’d like to see Lower Decks explore?

I wanna see Captain Freeman do an Undercover Boss episode and sneak into the lower decks. That would be a lot of fun. I want to out-Beckett, Beckett!

What do you think of the fandom response?

They are very particular! They can see the wrong shade of olive, and I’m like, “How do you see this?” These fans are serious. For the most part, people absolutely are loving it. They are loving the abandon of it, they are loving the transparency because everyone is so incredibly flawed, which is not something you see in the Starship universe. Usually, everyone is on their A-game.

Star Trek: Lower Decks is currently in its second season and available on Paramount+. Even though the characters are flawed, the cast and production team are at the top of their game, producing a solidly entertaining show filled with laughs, action, and fascinating creatures and storylines.