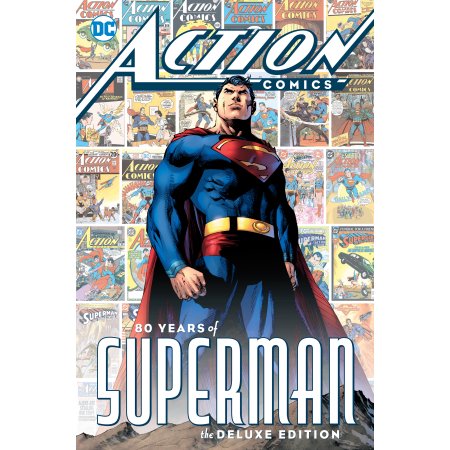 At a special panel at Wondercon Jim Lee, Dan Jurgens, and Marv Wolfman shared stories of their experiences with Superman and hints on some of the stories that will be in the special issues.

Here is a look at some of the creative talent involved

FEATURING ALL-NEW ART AND STORIES BY:

Action 1000 will be the first work Brian Michael Bendis has published by DC. 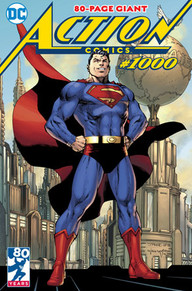 Lee opened the panel with a discussion on an integral part of Superman’s costume over the years: The Red Trunks. Lee said he was never “antitrunks” but instead was exploring new looks on a traditional character. He also commented that for every fan that loves the traditional look there are plenty that don’t and fans on both sides of the issue often tell him about it online. This anniversary seemed a perfect opportunity to return to the original design and Lee is prepared for mixed emotions on their return.

Search the hashtag #thetrunksareback online to see some great pictures of the unique giveaway fans were given at the Wondercon panel.

Lee also talked about this also being the anniversary of Lois Lane. Though the character has gone through many changes throughout the years Lee commented in many ways Lois is an inspiration to Clark in the sense that she rushes into danger for social justice issues without powers.

Dan Jurgens and Marv Wolfman talked about their early love of Superman and their journey to becoming creators at DC.

Wolfman shared that when taking the tour of the DC offices as a child he would often get the chance to get pages of original comic art that was on the way to be destroyed. While the audience gasped at this, the panelist’s reminded them that these were the days before original art was returned to creators and many of them had no desire to keep them.

Because of his collection, Wolfman was able to share an unpublished story by Schuster and Siegel for the special.

Several pages of art by Curt Swan one of the notable artists on Superman during the Silver Age with Comics.

No script was attached with the art so Dan Jurgens has taken on the challenge of creating a Superman story around the art. With the stellar creative lineup and a series of variant covers celebrating all the different artistic styles over the years Action 1000 is shaping up to be a spectacular celebration. Make sure you pick up one at your local shop.